No injuries or damage have been reported from the quake. 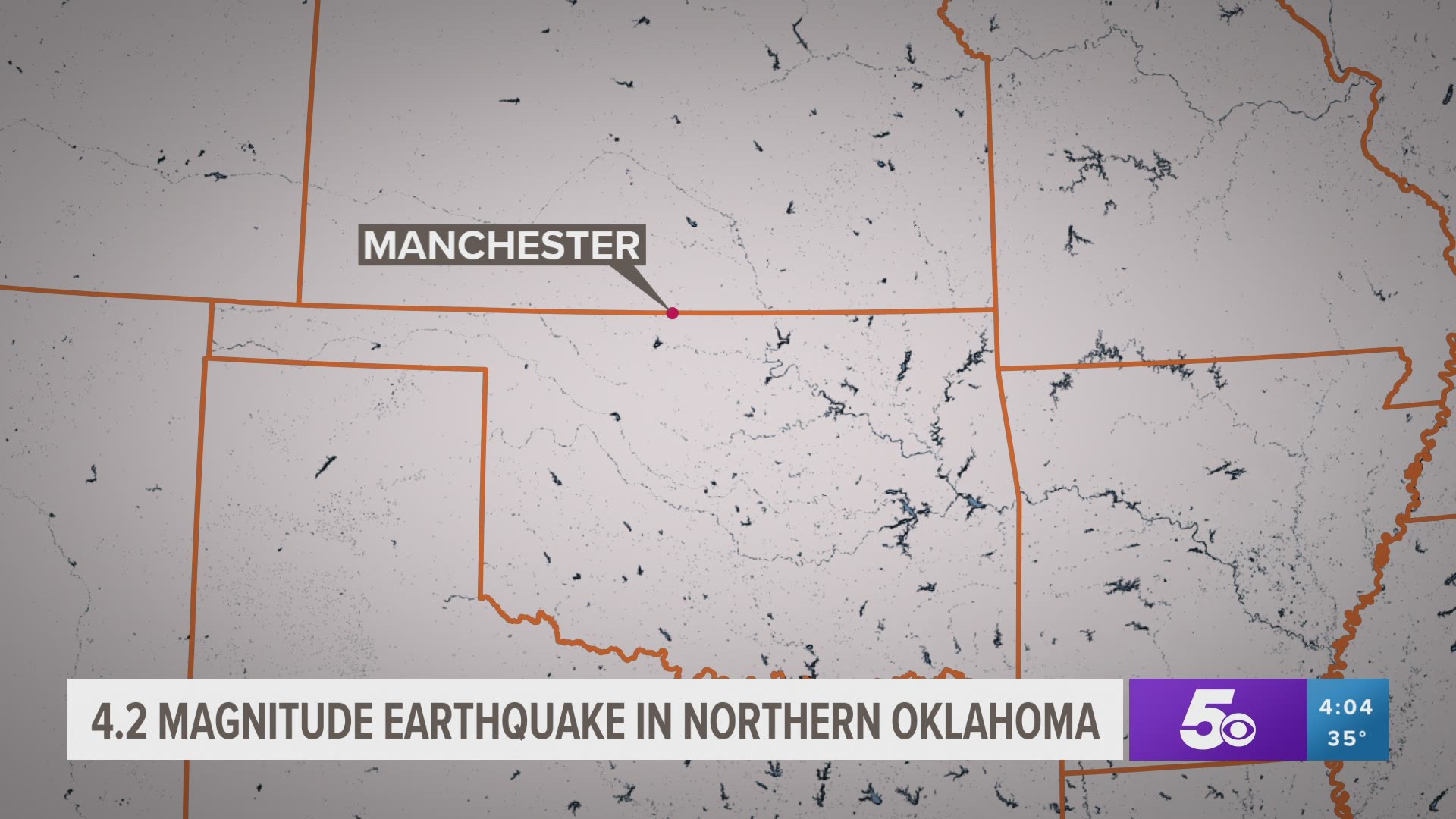 MANCHESTER, Okla. — An estimated magnitude 4.2 earthquake has been recorded along Oklahoma's border with Kansas.

The U.S. Geological Survey reports the quake was recorded at 7:56 a.m. Friday near Manchester in northern Oklahoma.

The rural area is about 55 miles northwest of where a recent series of earthquakes were recorded.

RELATED: Earthquakes, including one 4.2 magnitude, in north Oklahoma