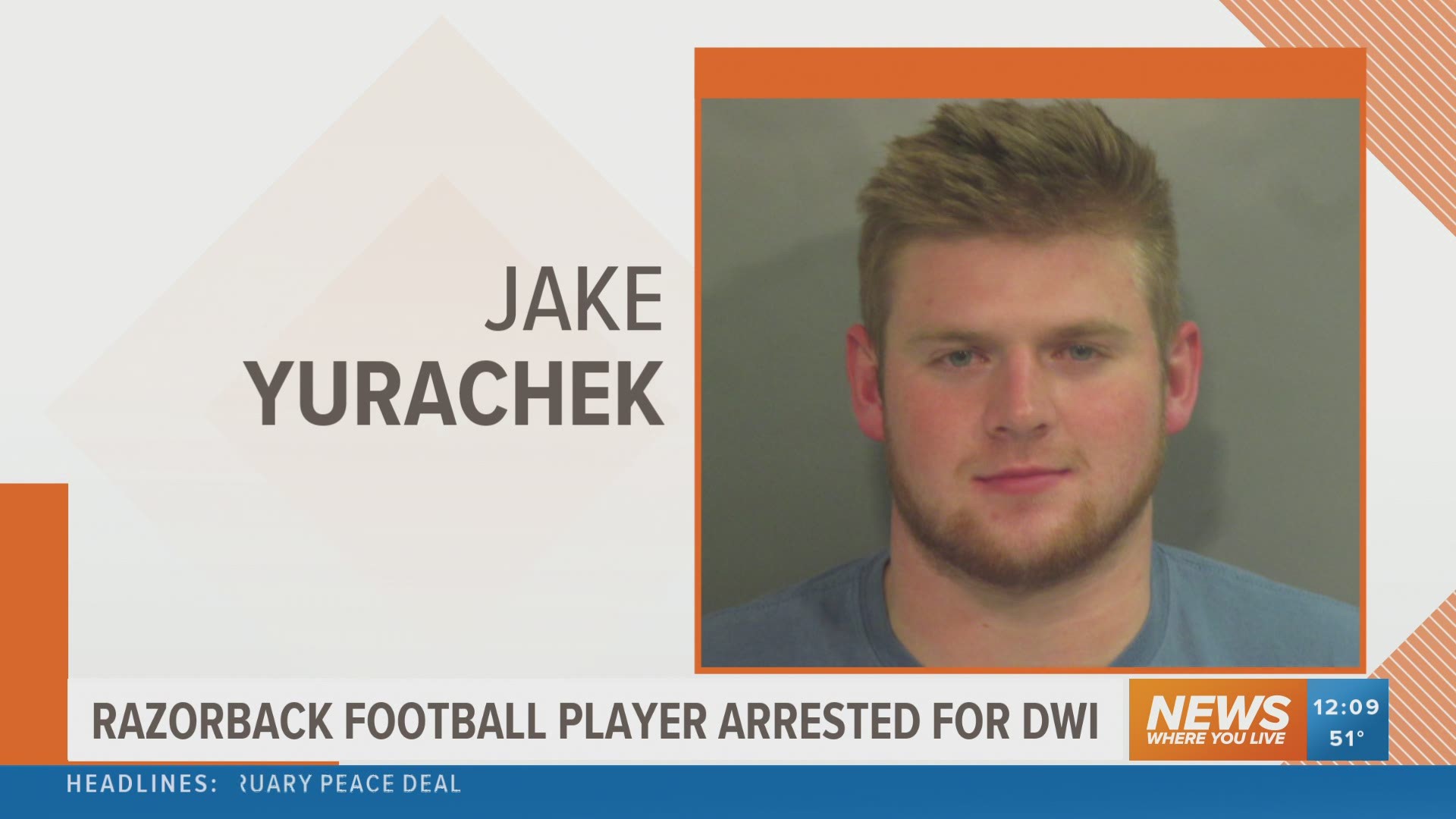 Yurachek is a linebacker for the hogs and the son of Vice-Chancellor and Director of Athletics, Hunter Yurachek.

According to the report, he was pulled over at the Harmon Avenue Parking Garage by Cpl Ryan Barber after he saw him hit a curb. Yurachek provided the officer with a Texas ID belonging to his brother, Hunter Yurachek. The officer then asked Yurachek to step out of the vehicle and asked him if he would perform a test to ensure he was safe to drive, and Yurachek agreed.

After Yurachek took the sobriety test, the officer determined he was unsafe to drive and handcuffed him. The officer searched Yuracheck's wallet and was able to find his valid Arkansas driver's license. Yuracheck was then arrested for DWI, Careless Driving, and Possession of Fraudulent Identification.

Yurachek was taken to Washington County Detention Center where he agreed to a breath sample. It came out to a blood alcohol content of 0.178, which is twice the legal limit.

Yuracheck was booked into Washington County Jail at 1:22 a.m. and was released at 3:44 this morning.

"We are aware of an incident involving a member of our team. We are gathering information from the proper authorities and after reviewing it, we’ll make a decision on his status with our football program.”