A protest was held on Rogers Ave. in Fort Smith today (May 31). The protest is called "Black Lives Matter: A demonstration for George Floyd", According to Facebook. 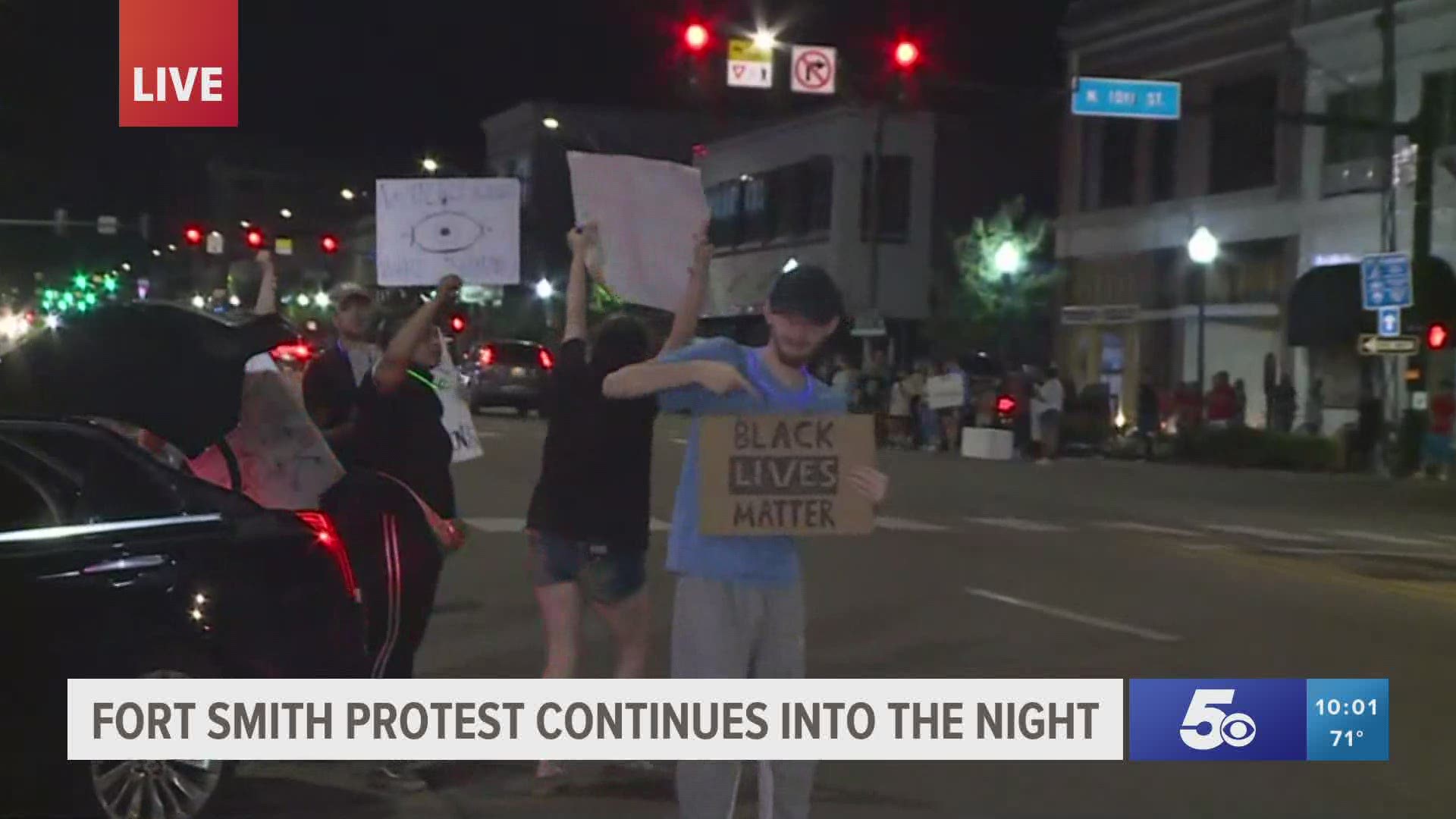 FORT SMITH, Ark. — A protest was held on Rogers Avenue this afternoon (May 31) in Fort Smith. The protest is called "Black Lives Matter: A demonstration for George Floyd", According to Facebook. The protest joins other protests around the country on the 6th day of protesting George Floyd's death.

Hundreds of people lined the streets holding up signs that say things like, "I can't breath", "Black Lives Matter", and "I am not a threat". Police are out there as well to help keep the protest civil.

Organizers say, "This protest is to share with the city of Fort Smith how we feel about George Floyd’s, as well as many other black people’s, senseless murders. We will be there to honor those killed by the very people meant to protect us, share our feelings on police brutality, and spread awareness of the problem that is institutional racism."

Protestors laid on the ground with their hands behind their back mimicking George Floyd's arrest yelling "I can't breath" multiple times.

At approximately 2:30 p.m. the protest is still ongoing and protestors started to fill the turning lane on Rogers Ave. Police took control and people cooperatively moved back to the sidewalk.

There was a brief skirmish between a couple of protesters and a truck that drove by. A man in a truck pulled out a knife. Fortunately, no one was injured.

Fort Smith Police arrested the man for driving with a suspended license and say he will likely face a charge involving the knife but that will be up to the prosecutor.

No injuries or anything else related to the demonstration have been reported so far. 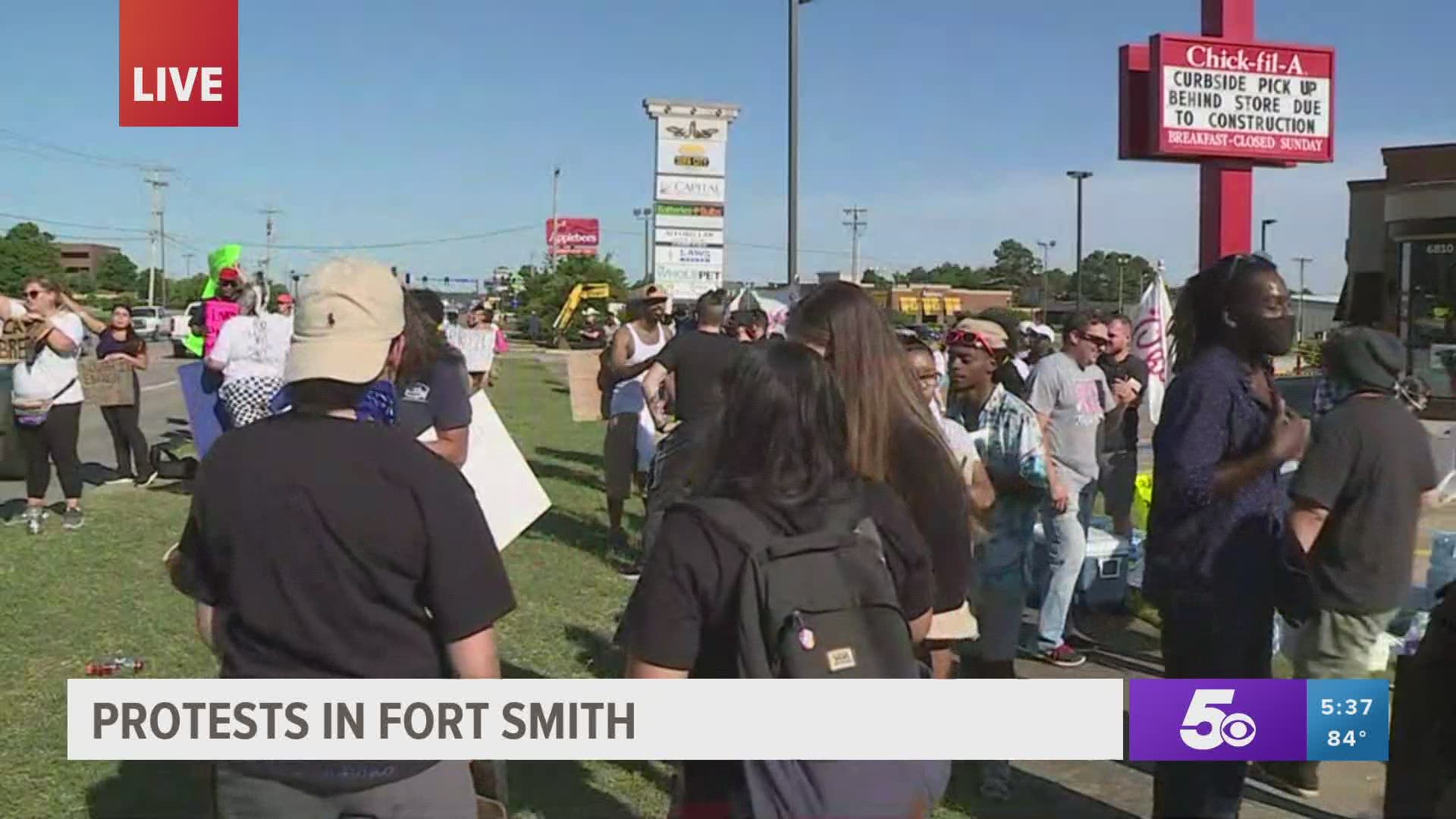 At around 5:30 p.m., the protest started winding down after organizers gathered everyone to remind them to keep their protest peaceful and to stay safe.

The protest then continued through the night at Garrison Ave. There is no set time to when it will wrap up.

Stay with 5NEW for updates on this developing story.