Officer Andrew Gibson was able to remove Officer Tyler Franks from the house and immediately applied two tourniquets, which is credited for saving Franks' life. 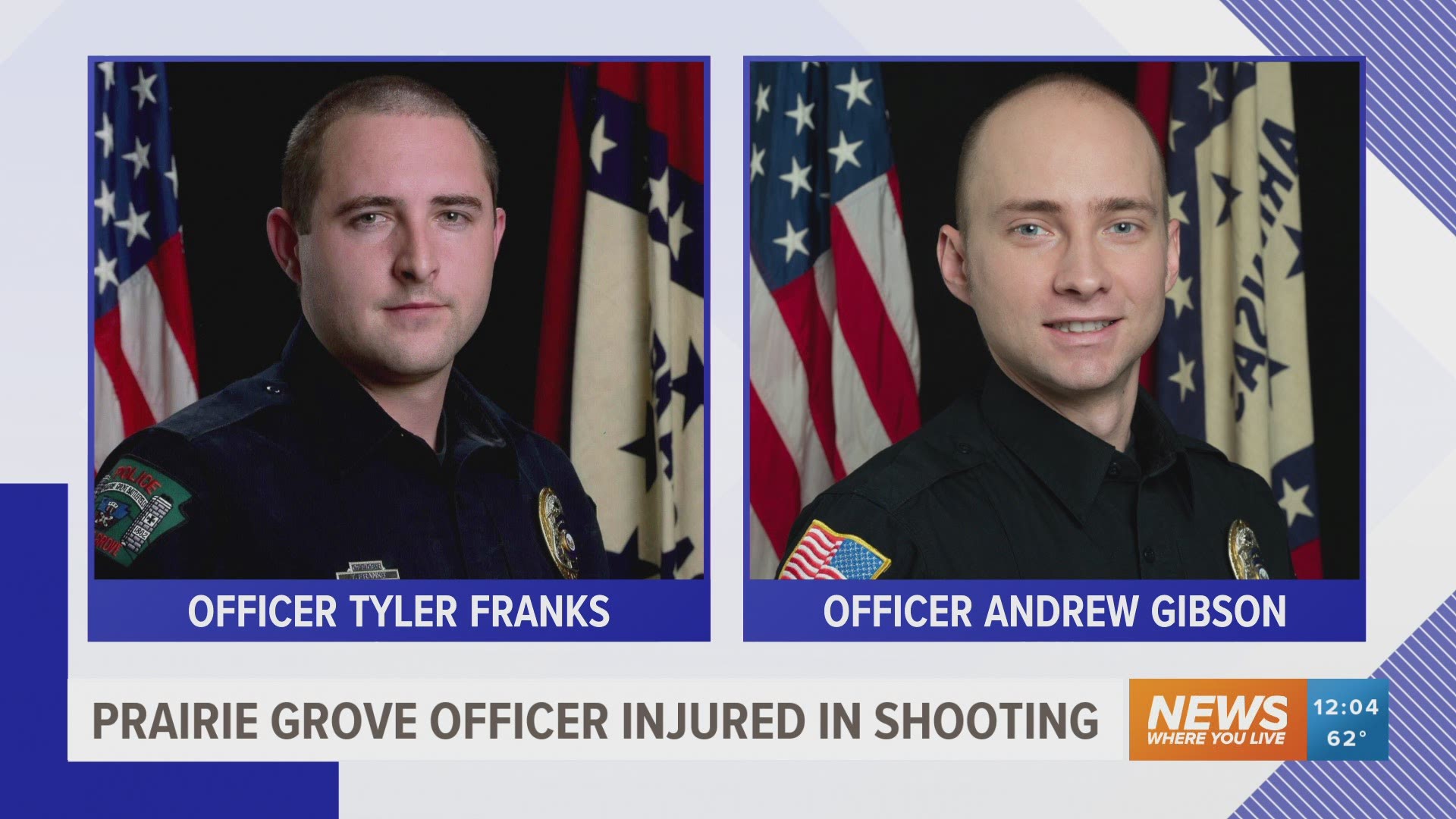 PRAIRIE GROVE, Ark. — A Prairie Grove officer was shot and injured Tuesday (May 4) night while responding to a domestic disturbance call on Thurman Street.

Officers Tyler Franks and Andrew Gibson arrived on the scene at 8:37 p.m., along with two Farmington officers, and attempted to enter through a bedroom.

The suspect retreated further into the bedroom while still armed, and Officer Gibson was able to remove Officer Franks from the house and immediately applied two tourniquets.

Officer Franks was transported to the Washington Regional Medical Center where he underwent multiple surgeries.

Washington Regional has been asked by the family of Officer Tyler Franks to provide the statement below about his condition Tuesday (May 11):

Officer Tyler Franks continues to improve and is in good spirits. He will move to a rehabilitation facility soon to continue healing and expects to make a full recovery. Officer Franks and his family would like the community to know that the outpouring of support they have received over the past week has helped them through this difficult time, and they appreciate continued prayers. Additional updates will be released at the request of Officer Franks and his family.

Paramedics took Colbert to the Washington Regional Medical Center where he underwent surgery. He is reported to be in stable condition as well.

Officer Gibson has been placed on paid administrative leave in accordance with the police department's policy.

The Prairie Grove Police Department has requested the Washington County Sheriff’s Office to conduct the criminal investigation, according to the release.

Workman said, "We would like to thank all surrounding agencies for their response, cooperation, and professionalism. We are truly blessed by the support we are receiving. Please keep Officer Tyler Franks, his family, and this department in your thoughts and prayers."