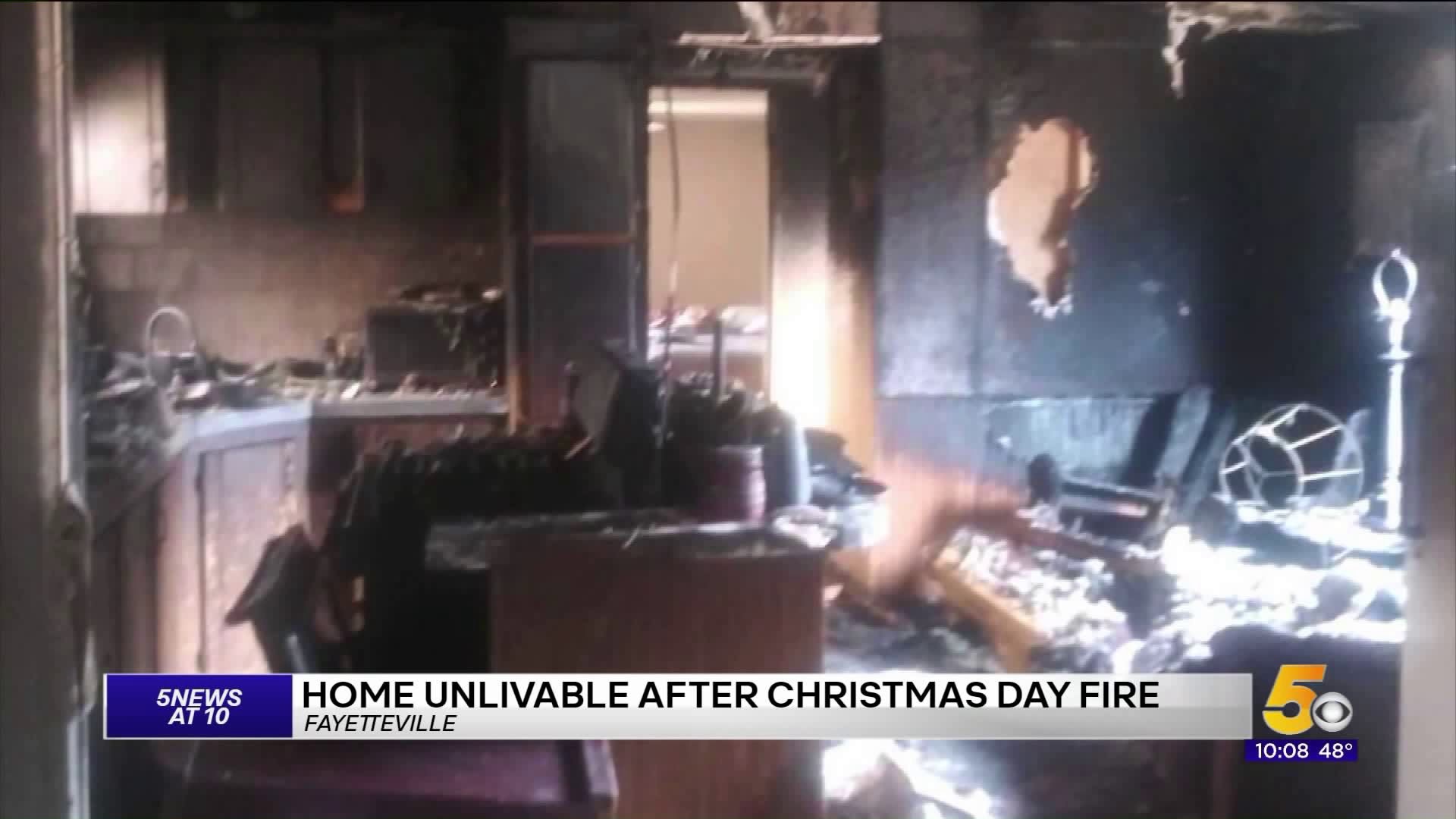 The couple is staying in Fayetteville tonight, about 30 minutes from their home near Prairie Grove.

Wednesday (Dec. 25) they received the devastating call that their home was in flames and the owner's brother barely made it out alive.

While at a Christmas dinner, Robert Thomas and his wife Brittney got the call their home was on fire, with Robert's brother inside.

“I thought we lost him, that was what was going through my head, I thought I lost everything I loved,” Brittney said.

Robert says his brother woke up from a nap to the sound of a mirror breaking. He was able to escape through the bedroom window.

“He was asleep, he woke up he said the smoke was so thick he couldn’t see his hand in front of his face… he said he wrapped himself in a blanket and jumped out of the window,” Robert said.

The Prarie Grove fire and Farmington Fire Departments rushed to the home between 4-5 p.m. they were able to put out the flames, but Fire Chief JC Dobbs says there’s significant smoke damage and the home is unlivable.

“It was really sad, I had to hold back tears because I lived there for a long time,” Robert said.

Thomas says all of their belongings were either burned or covered in smoke. Brittney says seeing the busted windows and black residue all over her things was heartbreaking.

“It just didn’t look like home anymore and that hurt a lot,” Brittney said.

Thomas says the Red Cross was able to provide money for them for two nights in a motel, but now they're just trying to figure out how to move forward with little to their name and nowhere to go.

The family says they're still trying to figure out their next move and are asking the community for prayers at this time.

A Facebook fundraiser has been set up for the family to help them get back on their feet during this difficult time.