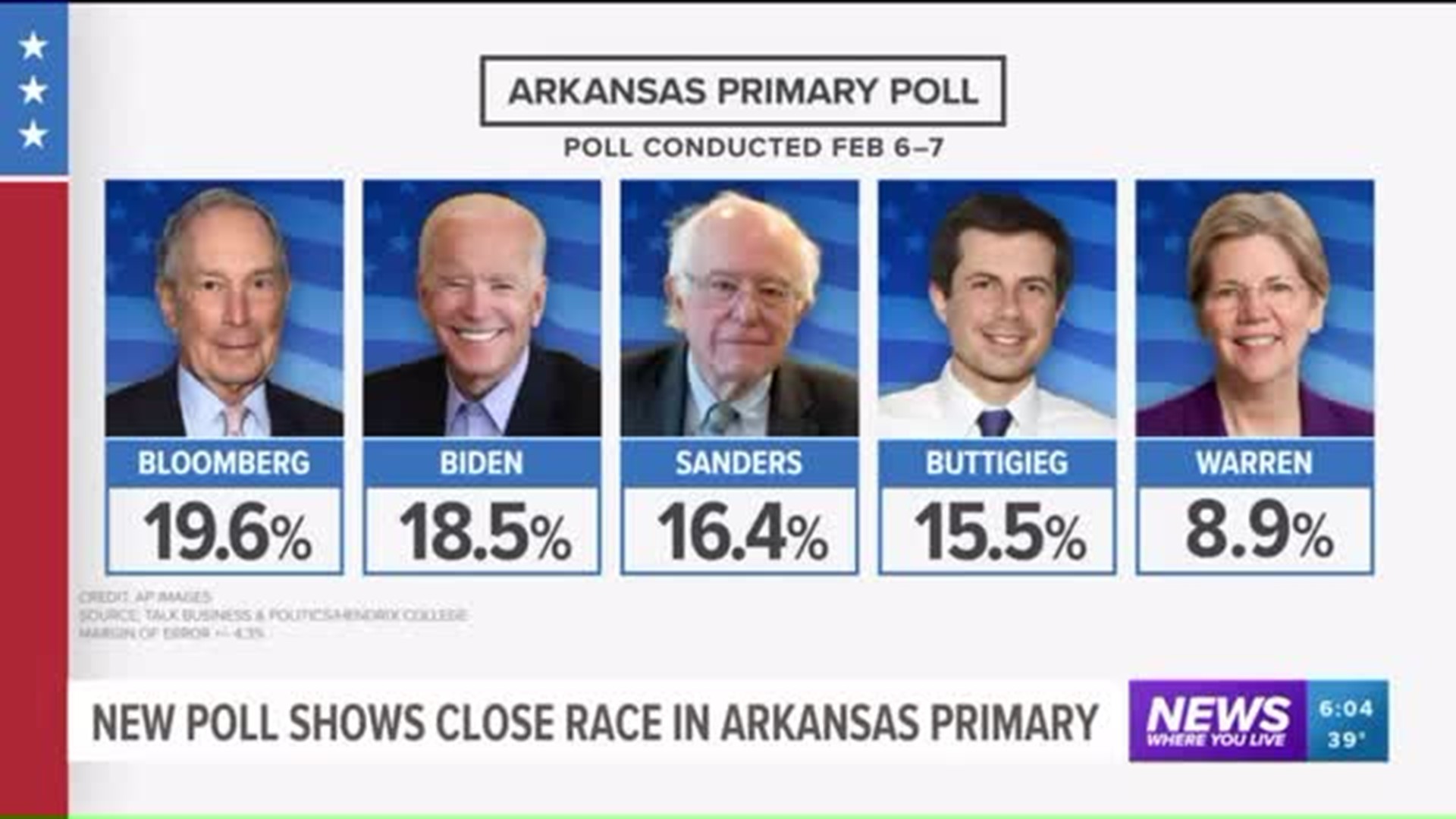 The latest Talk Business & Politics/Hendrix College Poll asked 496 likely Democratic primary voters statewide for their preference in the March 3rd Presidential primary. The poll, conducted on Feb. 6-7, 2020, has a margin of error of +/-4.3%.

Q: There are a number of candidates on the ballot in Arkansas running for the Democratic nomination for President. If the election were today, for which of the following would you vote?

Beyond the candidates listed above, the following Democratic candidates have also qualified for the Arkansas ballot although not all are still in the race. They include: Mosie Boyd; Kamala Harris; John Delaney; Steve Bullock; Cory Booker; Tom Steyer; Marianne Williamson; Joe Sestak; Michael Bennet; Julian Castro; and Tusli Gabbard.

“With three weeks to go, this is certainly a fluid race. Turnout among younger, older or African American voters could rearrange the final position of all of these candidates,” said Roby Brock, Talk Business & Politics Editor-in-Chief. “I think the logjam at the top in Arkansas is pretty representative of what we’re seeing nationally – there’s no clear frontrunner and the Democratic Party has some major generational divides.”

Arkansas has 36 delegates in the Democratic Presidential primary process. It is not a “winner take all” state. Party rules state that any candidate above 15% in the primary vote will be given a percentage of the delegates based upon their placement.