Sen. Jim Hendren not running for re-election after leaving GOP

Sen. Jim Hendren left the GOP in February, citing the deadly riot at the Capitol and then-President Donald Trump’s rhetoric. 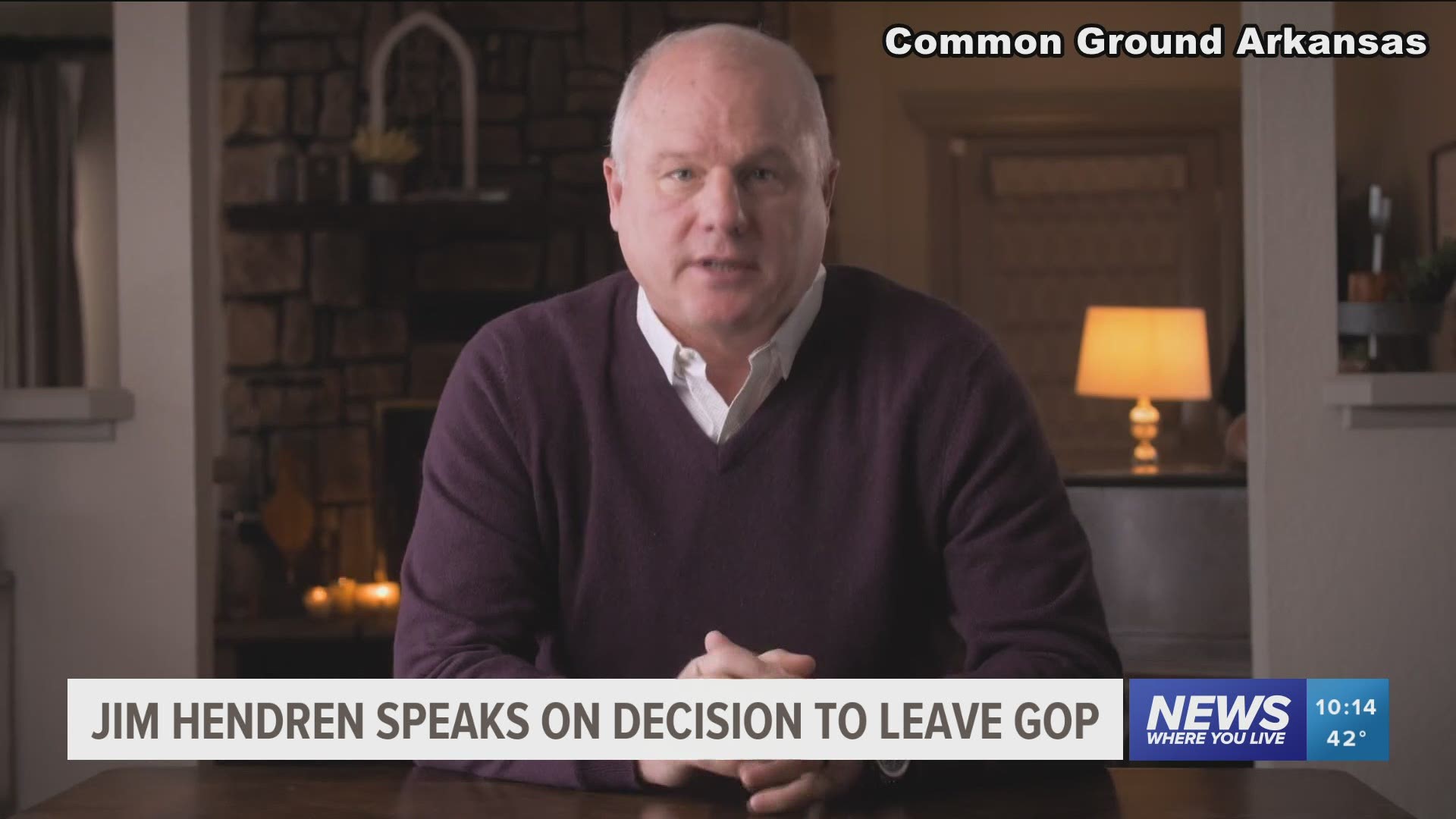 LITTLE ROCK, Ark. — A longtime state legislator who left the Republican Party earlier this year following the Jan. 6 attack at the U.S. Capitol says he won’t run for re-election next year in the Arkansas Senate.

Sen. Jim Hendren announced Monday that he would not seek another term representing northwest Arkansas.

Hendren is a former president of the state Senate who has served in the chamber since 2013.

Previously, he had served in the state House of representatives from 1995 until 1999.

He is the nephew of Arkansas Gov. Asa Hutchinson.

Hendren left the GOP in February, citing the deadly riot at the Capitol and then-President Donald Trump’s rhetoric.