Kicking off her gubernatorial campaign 'Freedom Tour', Sarah Huckabee Sanders hosted a rally in Benton on Monday to share her platform with Arkansas voters. 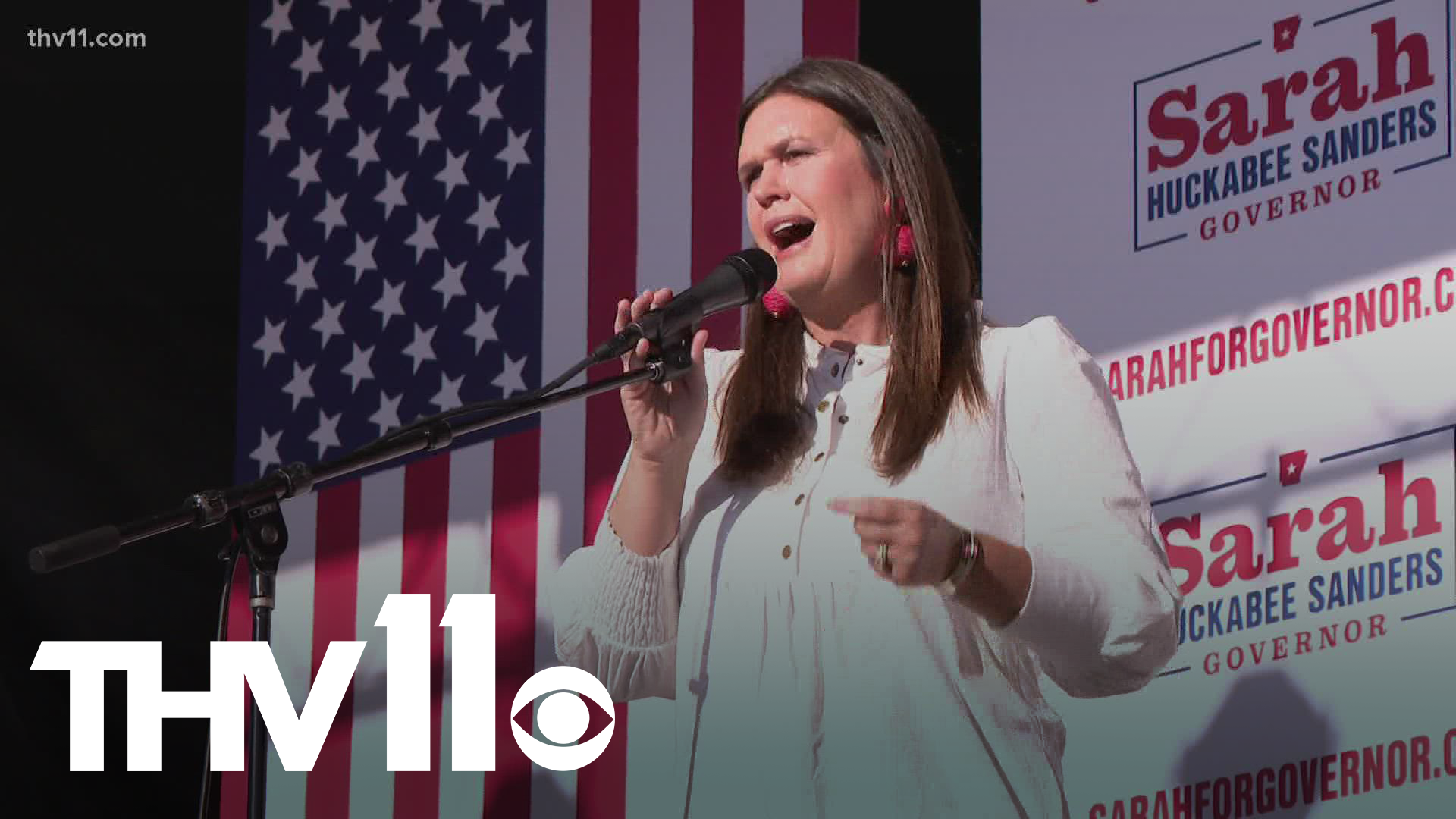 BENTON, Ark. — Kicking off her gubernatorial campaign "Freedom Tour," Sarah Huckabee Sanders hosted a rally in Benton on Monday to share her platform with Arkansas voters.

This early campaign start comes months ahead of the Republican primary and more than a year ahead of Election Day— set for November 2022.

Once on stage, Sanders focused on her connection to former President Donald Trump and her father, former Arkansas Governor, Mike Huckabee.

When speaking to the crowd, Sanders stayed general on voter issues but shared with us her more detailed stances on voter topics prior to the event.

When asked about her biggest concern for Arkansas, Sanders shared that education reform is "one of the biggest things that we have to change the trajectory on."

And as COVID cases continue to surge in Arkansas, Sanders encouraged residents to, like her, get vaccinated "...in consultation with their doctor."

As for mask and vaccine regulations, "I don't think that we need mask or vaccine mandates," Sanders said.

This includes in schools where Sanders said she would leave both mask and vaccination status as a choice for individual families, despite the current record spike in pediatric cases statewide.

"I am an unapologetic pro-life advocate and would push for anything that strengthens pro-life legislation here in the state of Arkansas," Sanders said.

When pressed, Sanders said if elected she would not support an exception to abortion restrictions in cases of rape or incest.

This including current Arkansas Attorney General Leslie Rutledge, who some are looking to as Sanders's biggest competition for the Republican nomination.

But the issues weren't the main subject on voters' minds when we talked to them. Many we spoke to shared their support for Sanders and her connection to former President Trump, but were not always clear on the issues she supports.

"We wanted to come out and see what she had to say and for what she's done being the White House Press Secretary... we like her a lot," one couple shared.

And with over a year to go, this is just the beginning of Sanders's tour and the campaign trail as gubernatorial candidates continue to share their platforms for Arkansas' future.