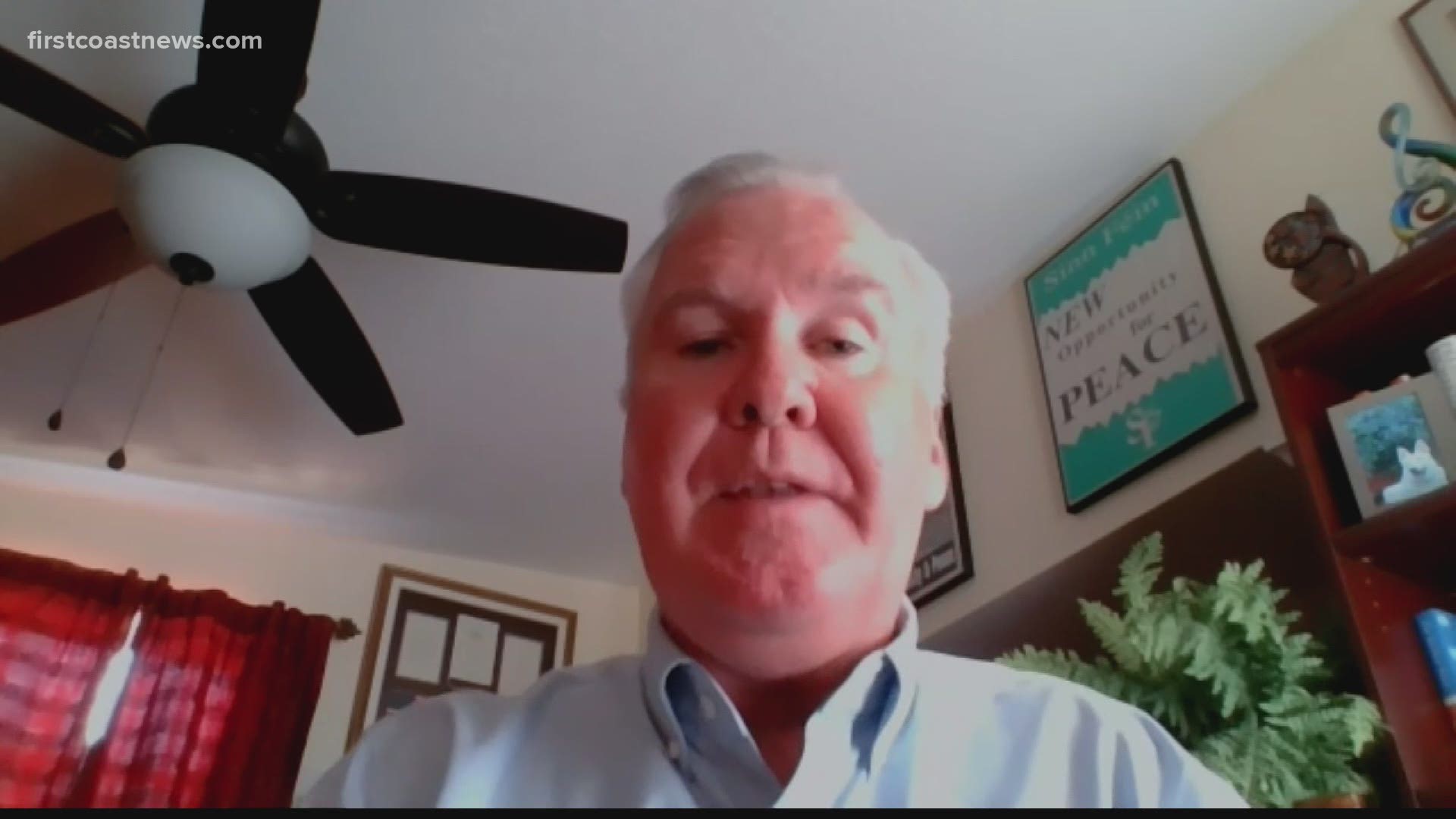 Bob Buckhorn, the Tampa mayor who hosted the 2012 Republican National Convention, says he thinks Jacksonville is making a mistake in wooing the RNC this year.

"I think it's a bad idea," Buckhorn says.

He says, even as a Democrat, he saw the value to Tampa to host the RNC in 2012, but he says this year is totally different.

Charlotte was set to host the 2020 RNC, but President Trump has said he wants to pull out because North Carolina can't promise a full event due to COVID-19.

In fact, Tampa leaders have already said they don't want the RNC in their city come Aug. 24 through 27.

Buckhorn offers four main reasons he thinks it's a mistake for Jacksonville:

Buckhorn says, "You're bringing 20,000 to 50,000 additional people to your city in (from) areas where they may have been not as successful as Jacksonville has been in flattening the curve. You are bringing folks with this virus, some of whom don't even know they're carriers of this virus, and putting them inside an indoor arena. Heck, they don't want people singing in church for fear the virus will spread. What do you think a convention is going to do with all the yelling and all the contact?"

"That is a formula for disaster."

Buckhorn says he appreciates Jacksonville's mayor, Lenny Curry, having loyalty to the Republican party and to President Trump, but, he says, "This is not a partisan issue. This is a safety issue."

Buckhorn says it took $50 million dollars, rooted in financial help from the federal government, to do security in Tampa in 2012. That included 3,500 officers from around the state.

Now, he says, with the protests around the country, the situation in Jacksonville could be "combustible," with outside agitators coming in from out of town. He says Tampa spent two years preparing for the RNC, but now Jacksonville doesn't have enough time to prepare adequately.

3) No salvation for downtown business

Buckhorn says he can understand why businesses in Jacksonville would eye the RNC as an economic boost, especially those hurting in the pandemic.

But he says in Tampa, downtown businesses were disappointed to find out the security perimeter around Tampa's convention center was so wide and tight that customers couldn't get into their shops and restaurants.

"So it is not the salvation for downtown business," he says.

And that means business owners and leaders in Jacksonville should ask themselves, "Are they willing to risk infections?" It could mean more hospitalizations and another closure, which would be "catastrophic," Buckhorn says.

Isaac caused the RNC in Tampa to cancel its first day. Buckhorn says Tampa spent most of two years prior to the convention planning for different scenarios, including how to handle thousands of people, many not familiar with hurricanes, during a tropical storm. He says a couple of months is not enough time for Jacksonville to make a game plan for such events out of human control.

Buckhorn says he was happy to see Tampa host the convention. He believes it went smoothly. And he's certain Jacksonville would want a smooth event broadcast to millions.

Even so, Buckhorn says, Jacksonville "should pass" this time around.

RELATED: REPORT: Republicans could be zeroing in on Jacksonville for national convention