REPORT: Republicans could be zeroing in on Jacksonville for national convention 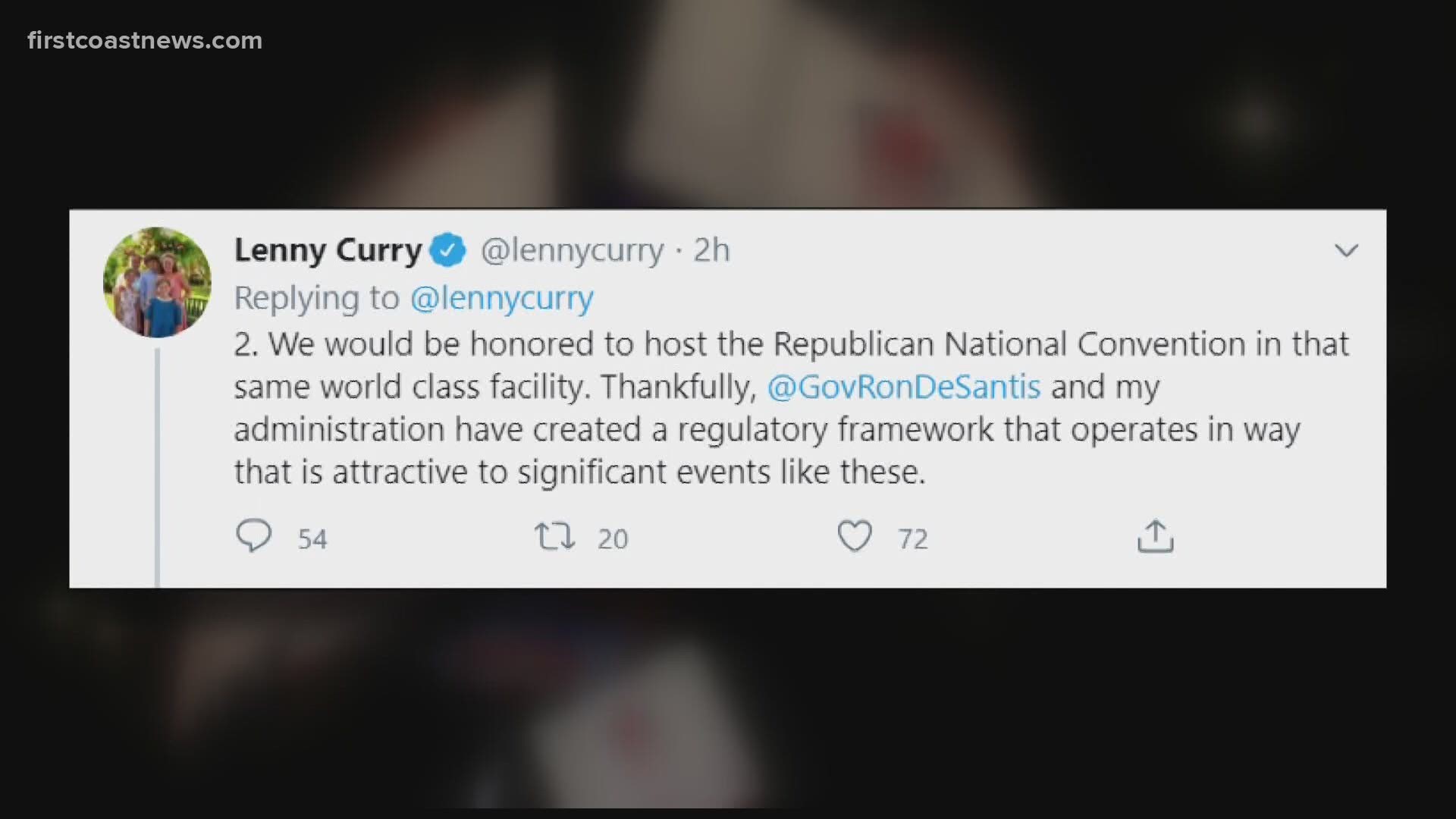 JACKSONVILLE, Fla. — The eyes of the nation could be on Jacksonville in late August. The New York Times' Maggie Haberman reported Saturday that Republican officials are "zeroing in on Jacksonville" as a potential host for the Republican National Convention after President Trump announced he would be pulling the event out of Charlotte because the state of North Carolina will not guarantee the ability to host a full event due to COVID-19.

Most events would likely be held in the 15,000 seat Vystar Veterans Memorial Arena, including President Trump's acceptance of the GOP nomination for president. The arena is smaller than the Spectrum Center in Charlotte, home of the NBA's Charlotte Hornets, where the convention was originally scheduled. The Democratic National Convention is slated for Milwaukee, but the fate of that event is still up in the air.

Thursday, Governor Desantis said while COVID-19 is a concern, he said it should not prevent Florida from hosting the event.

“We understand that there’s a virus. What can we do to be able to have activity in a way that’s safe?” he said. “To just say 'no' to everything, I don’t think is going to work. So we want to be able to do it, and I think we could do it in a safe way.”