The animated film, by a University of Akron graduate, has captured the attention of local lawmakers. 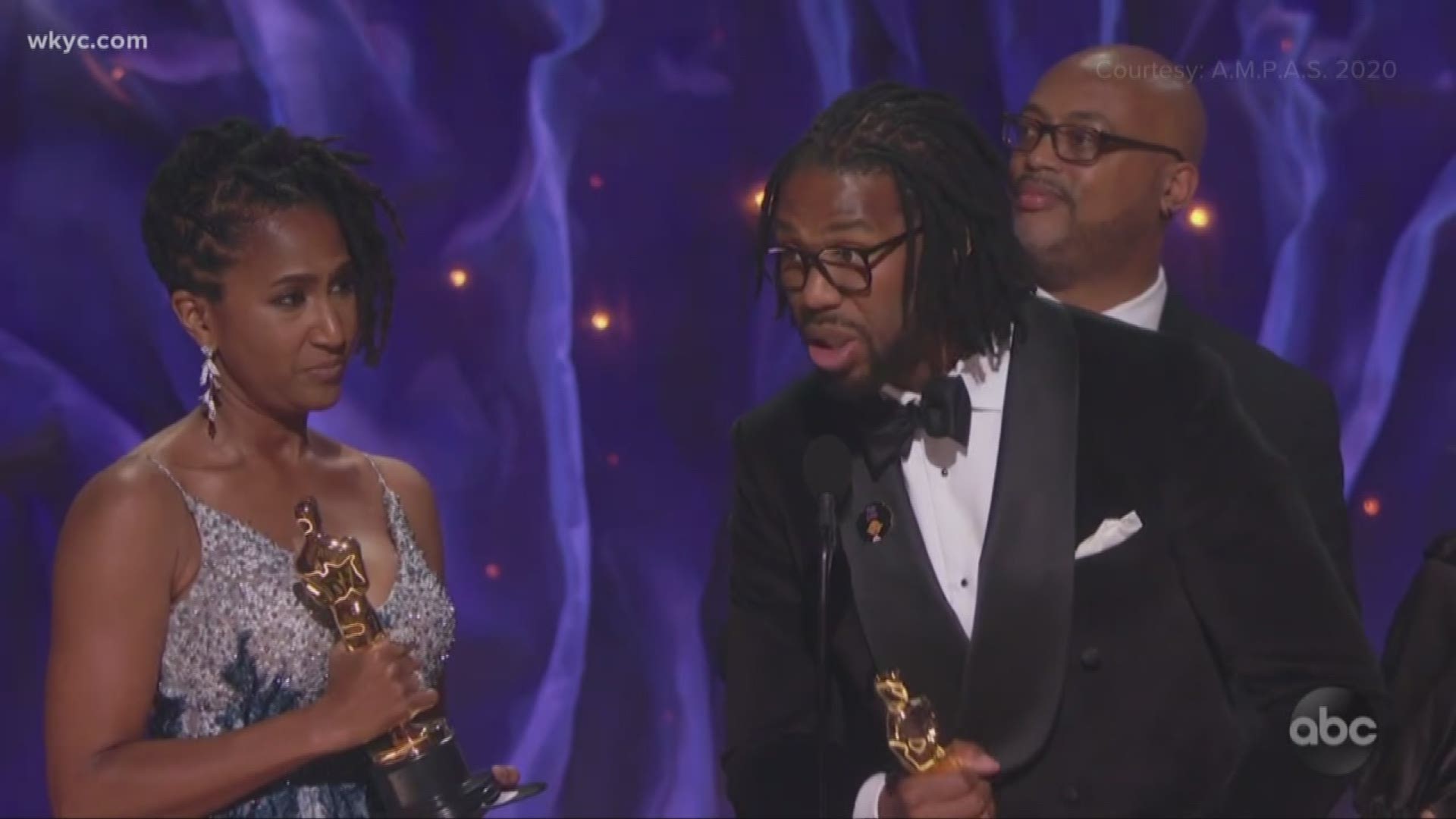 ‘Hair Love’ is the story of a father learning to style his daughter’s hair for the first time.

“We wanted to see more representation in animation, we wanted to normalize black hair, there’s a very important issue that’s out there, the CROWN Act,” explained Cherry during his speech.

“What we’re trying to do is to make sure that people of color especially young people are not discriminated against because of the way they choose to wear their hair,” says Fudge.

“We need to protect all people from discrimination and that is just one more form of it.”

CROWN stands for Create a Respectful and Open World for Natural Hair. The movement to ban discrimination based on natural and protective hairstyles associated with people of African decent began at the state level.

In a statement to 3News Brown says:

“Hair Love is not only a beautiful portrayal of a bond between a father and daughter, but as Matthew Cherry so poignantly said last night, it’s a about the need for representation and the important conversations sparked by this film. We’re hearing too often of black workers or students targeted and treated unfairly, simply because of their hair texture or natural hairstyle. The CROWN Act will build on the groundswell of support at state and local levels across the country, including in Cincinnati, by ensuring civil rights in our schools, workplaces and federally funded institutions are protected.”

According to the senator’s office, they continue to gather support for the legislation, as local and state governments push to do the same.

Cosmetologist and Owner of The Reverence Design Team Hair Salon in Cleveland Heights, Ladosha Wright, was excited when she learned the film won an Oscar.

She’s the author of children’s book, 'Curly Hair Adventures' and believes it’s important to celebrate and see the diversity in hair for children.

“At the end of the story she concludes that it’s okay to be different no matter who you are because diversity rules,” she says, talking about the main character in the book.

She believes the CROWN Act is long overdue.

“It’s time for a new conversation about hair and people have been wanting the conversation but we need responsible leadership with that message, we need empathy, we need excitement, we need creativity and above all we need credibility,” she says.

“If we can just broaden that and say you know, that all people their hair is unique and it’s different and I just think that’s the beauty of hair,” she explains.

“The objective though is to find products that allow you that creativity that fluidness so you can wear it curly, you can wear it straight, you can do whatever you want without being accused of trying to be something you’re not.”

Saturday, February 15th Wright will lead a 2pm discussion at Cleveland Public Library’s Martin Luther King Jr. Branch on Stokes Boulevard titled after her book, 'What They Don’t Tell You at the Hair Salon.'

According to the library it is ‘open to everyone to learn more about the history and the impact hair has on equity.’