The ban does not include exceptions for rape and incest. 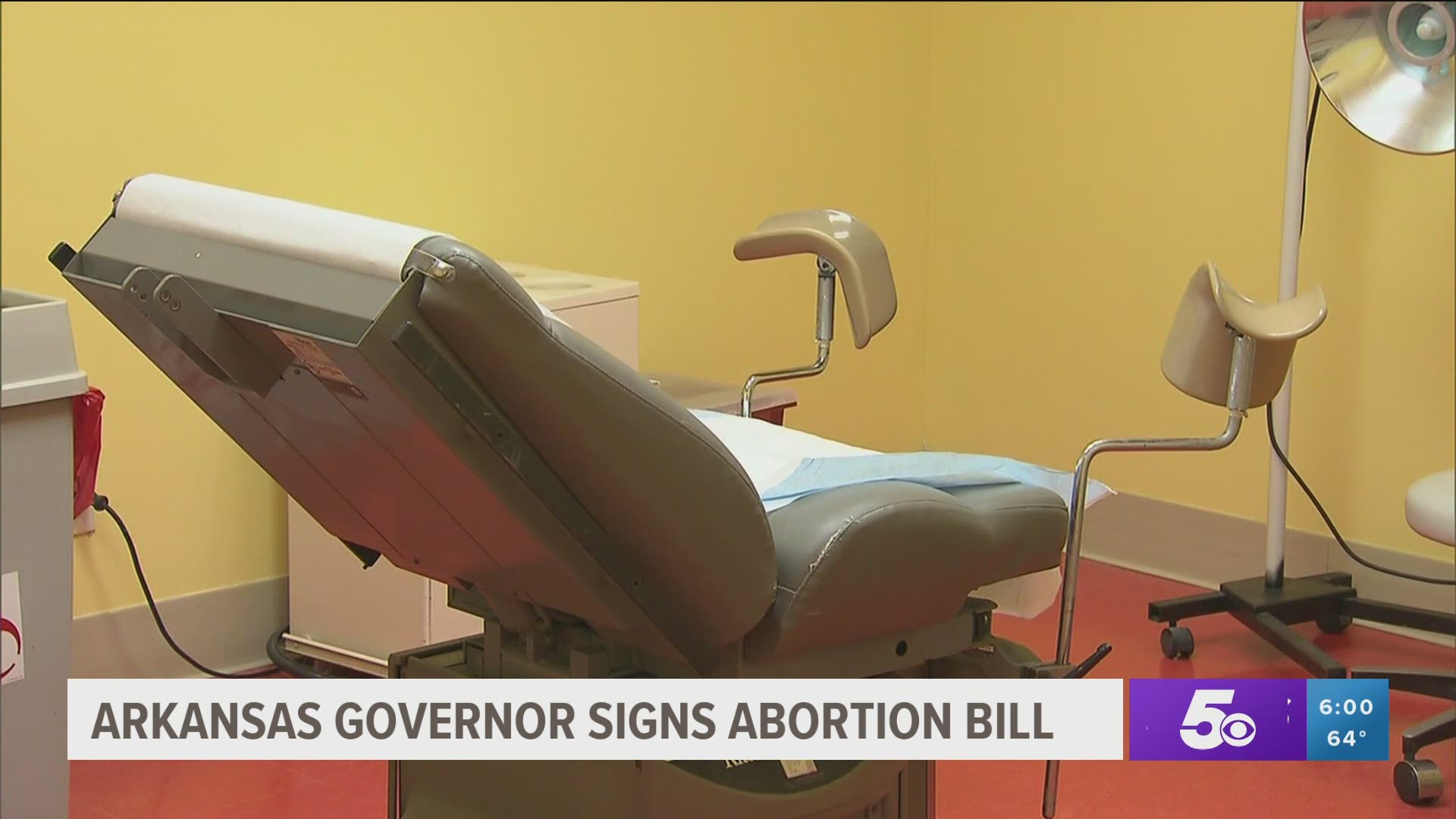 LITTLE ROCK, Ark. — Governor Asa Hutchinson said Tuesday (March 9) that he would sign Senate Bill (SB) 6, a piece of legislation that prohibits abortion in all cases except to save the mother's life in a medical emergency, into law in Arkansas.

SB6 does not include exceptions for rape and incest.

Hutchinson has been a critic of the bill not including exceptions for rape and incest but says he will still sign it into law.

Arkansas lawmakers hope the bill will be able to challenge the U.S. Supreme Court ruling on Roe v. Wade - a ruling that declared state laws banning abortion are unconstitutional.

Hutchinson released the following message about SB6 on Tuesday:

"I will sign SB6 because of overwhelming legislative support and my sincere and long-held pro-life convictions. SB6 is in contradiction of binding precedents of the U.S. Supreme Court, but it is the intent of the legislation to set the stage for the Supreme Court overturning current case law. I would have preferred the legislation to include the exceptions for rape and incest, which has been my consistent view, and such exceptions would increase the chances for a review by the U.S. Supreme Court.”

Arkansas is one of 14 states where legislators have proposed outright abortion bans this year, according to the Associated Press.

The ACLU of Arkansas has called the bill a move by Arkansas Republicans to undermine the Constitution, and retweeted a post from the ACLU saying they were "ready to take Arkansas to court- again."

This is the latest of many unconstitutional attacks on abortion from state politicians who continue to politicize people’s health and waste taxpayer dollars.

The ACLU of Arkansas condemned Governor Asa Hutchinson for signing Senate Bill 6, a near-total ban on abortion, into law. They released the following statements.

“Once again, Arkansas politicians have made it their business to dictate people’s personal medical decisions, violate their personal autonomy, and block them from care. This extreme abortion ban is cruel and unconstitutional and it will have accomplished nothing but cause stress for patients, while ignoring the pressing challenges Arkansans face. Abortion is legal in all 50 states, including Arkansas, and we’ll fight as long as it takes to keep it that way. Governor Hutchinson: we’ll see you in court.”

“In Arkansas, we have continued to serve our patients under years of relentless attacks from state politicians. This outright ban is just the latest and most outrageous effort to block our patients from accessing vital reproductive health care. Our physicians, staff and our patients will not be intimidated by these attacks. Our doors remain open – and we will always fight to ensure that they stay that way. Our patients will continue to receive the compassionate care they need.”

RELATED: The Archdiocese of New Orleans is fighting against the J&J vaccine due to claims of using abortion-derived cell line