'His corrupt friends all come first': Joe Exotic reacts to President Trump not pardoning him

The 'Tiger King' was not among the 73 people who received a presidential pardon Wednesday morning. 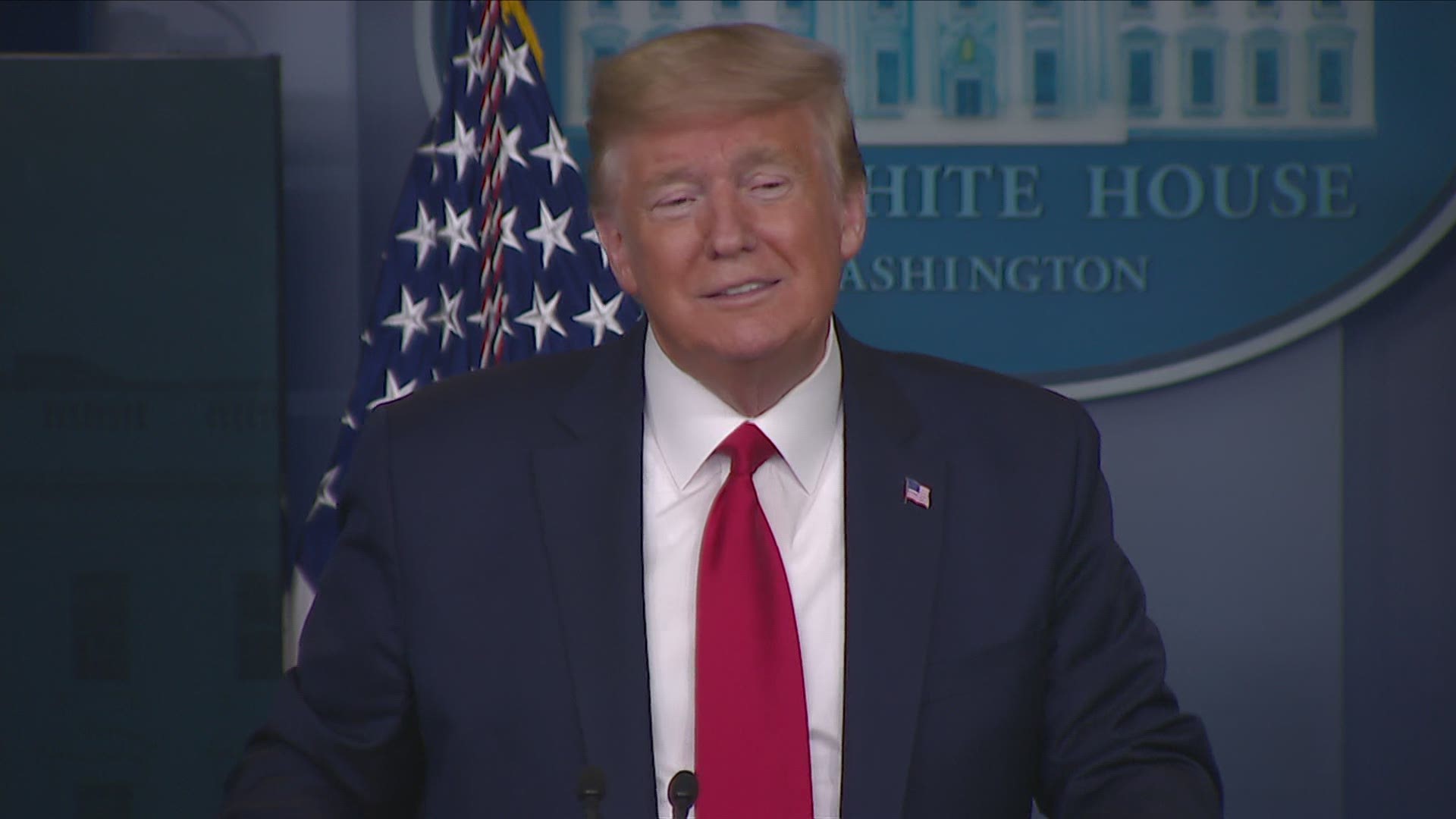 WASHINGTON, D.C., USA — Joe Exotic, a former zookeeper made famous during the quarantine release of the Netflix docuseries "Tiger King," was hoping to wake up to a pardon from President Donald Trump during the commander in chief's last day in office, but Exotic's name did not quite make the list.

Joseph Maldonado-Passage, aka Joe Exotic, and his team were so confident he'd be among the 73 pardoned, CBS News reports they sent a stretch limo to take him home.

“He (President Trump) sees that Joe has been targeted. We were able to prove that in the documents we provided to the White House. So I think he can identify with Team Tiger and the Tiger King and I think we’re going to get the pardon. I’m 100% sure," attorney Eric Love told the outlet.

It soon became clear that Exotic would stay behind bars and a post to his "official" Twitter account did not appear to take the snub lightly.

"I was too innocent and too GAY to deserve a Pardon from Trump. I only mattered to Don Jr. when he needed to make a comment about me to boost his social media post. Boy were we all stupid to believe he actually stood for Equal Justice? His corrupt friends all come first," the post read.

I was too innocent and too GAY to deserve a Pardon from Trump. I only mattered to Don Jr. when he needed to make a comment about me to boost his social media post. Boy were we all stupid to believe he actually stood for Equal Justice? His corrupt friends all come first. pic.twitter.com/ysGfwnqlHi

An attorney for Exotic, Eric Love, also sent the following statement on the matter:

140 million Joe Exotic fans had a hard time getting out of bed this morning. We are as disappointed that The President did not sign Joe’s Pardon, as we were confident yesterday that he would. It is only because of you 140 million fans that Joe’s Pardon was even a possibility. Since his trial, the evidence has made it clear that Joe is not guilty but, rather, he is a victim of the persons he trusted most.

Team Tiger, just this morning spent two hours on the telephone with Joe and listened to his Direct Appeal Oral Arguments by Brandon Sample in Colorado. We will not stop, we will not rest until Joe’s injustice is corrected.

But how did we get here?

Well, the much-talked-about Netflix series brought Exotic's life and case back to the spotlight as the former Oklahoma zookeeper, singer and gubernatorial candidate is currently serving a 22-year sentence after being convicted in a murder-for-hire plot against Tampa's Big Cat Rescue CEO Carole Baskin.

Since then, the "Tiger King's" name made it all the way to the White House earlier this year when former President Trump was asked if a pardon for Exotic, who also attempted to run for president in 2016, was on the table.

“I know nothing about it. He has 22 years for what? What did he do?” Trump said, at the time, before asking other reporters in attendance their thoughts.

But, Trump did leave that day with one parting comment: "I'll take a look."

While the comment appeared to be more in good humor, it did not clear the option completely off the table.

Donald Trump Jr. also called Exotic's sentence "aggressive" during a Sirius XM interview and said while he could not see his father making the move in April, that he could "be generally for this just for the memes and just for frankly watching the media reaction to this."

A change.org petition was even launched after the docuseries aired. Its goal was to get President Trump to issue a pardon.

A few months later, the "Tiger King: Murder, Mayhem and Madness" star was reported to have submitted an official application to the Trump administration requesting a pardon.

CBS News reports the handwritten letter called the then-president his hero and insisted that he did not get a fair trial.