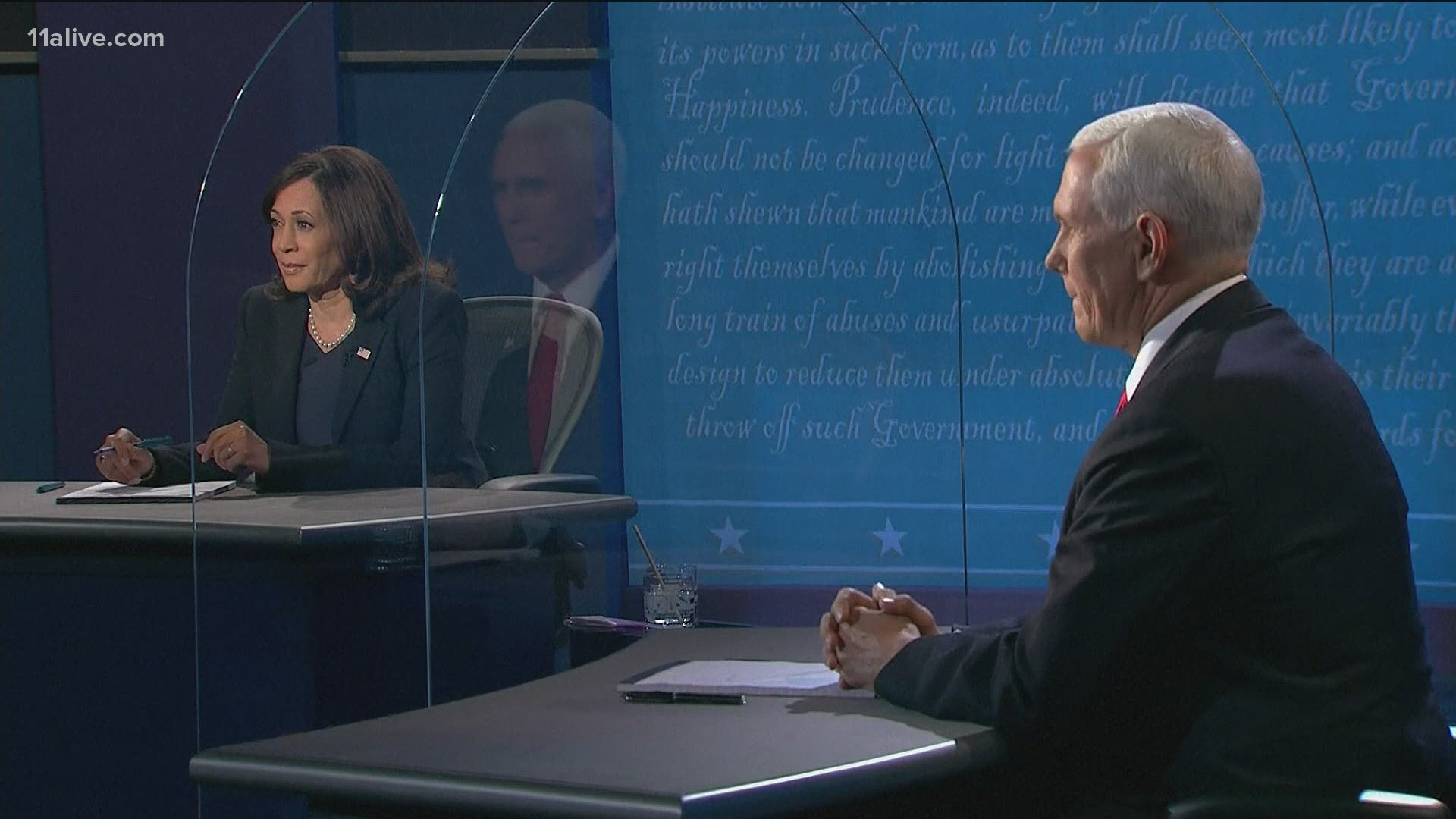 It was a moment during the vice presidential debate that women across the nation found to be all too relatable.

Immediately afterward, the phrase became a trending topic all across social media. Many women said it so closely reminded them of what it was like to be a woman in a corporate/workplace setting, a woman in a patriarchal society -- and just a woman, period.

You speak for every woman that has had to deal with men speaking at them or over them.

You are an inspiration for every women who wants & deserves an equal chance to be heard and to lead!

For one group, in particular, the plexiglass was reminiscent of the many barriers they face in professional settings while the distance served as the long winding path they very often trot towards leadership.

Harris, the first Black and South Asian woman to be chosen as a Vice Presidential candidate for a major party candidate, was no exception to the looming stereotypes that follow Black women throughout corporate politics, and just plain ole everyday life. Thousands of tweets from Black women across the world showed how "seen" they felt during that viral moment.

As one Twitter user mentioned, the challenge for Harris was not only winning the debate against the current vice president but managing to do so without the lens of the "strong/angry Black woman" stereotype.

Black women and men alike noted the additional obstacles Harris had to battle the entire time.

Often subject to the historically racist caricature of an "angry Black woman," President Trump demonstrated how Black women often have their tone and attitude policed, instead of the substance of their ideas engaged, when he called her a "monster" in the morning.

What Kamala Harris did tonight—coming off as comfortable, authoritative, accessible, and pointed—cannot be ignored.

She was working against a mountain of stereotypes and misogynoir and she pulled it off with aplomb.

This cannot be glossed over. I’m so proud of her. #VPDebate pic.twitter.com/V5YSaKDWvO

I applaud Kamala Harris for not only defeating Mike Pence in the debate, but doing so with a hand tied behind her back since our country has trouble acknowledging strong intelligent women, especially strong intelligent Black Women. https://t.co/hA9psN0XOy

It wasn't just critical men who came under scrutiny, however. The support from white women was also subject to criticism by some Black women across social media, as it came with its own juxtapositions.

Watching all the white women relate to Kamala reminding pence that she was in fact still speaking, I can’t help but remember all the many, many times white women have either silenced me or enabled white men to do it.

Harris, also the first graduate of a historically Black college or university to vie for the high-ranking White House position, not only inspired dialogue around women utilizing their voice, but also inspired an upcoming generation of young leaders.

My daughter drew this during the debate, and it’s everything @KamalaHarris 🙏🏼 #imspeaking pic.twitter.com/qfugVnzPLU

Another Twitter user said that she hopes young girls everywhere learn how to declare their voice when being talked over.

I hope girls watching tonight learned how to declare #imspeaking when talked over. Let me tell you, when you’re a girl boss, you’re gonna need it. @KamalaHarris #vpdebate pic.twitter.com/gqO3K7MnOk