The realities of growing up transgender in Arkansas

"If this bill gets signed into law, we know that the suicide rates are going to rise and most of all, it just sends a clear message to trans kids." 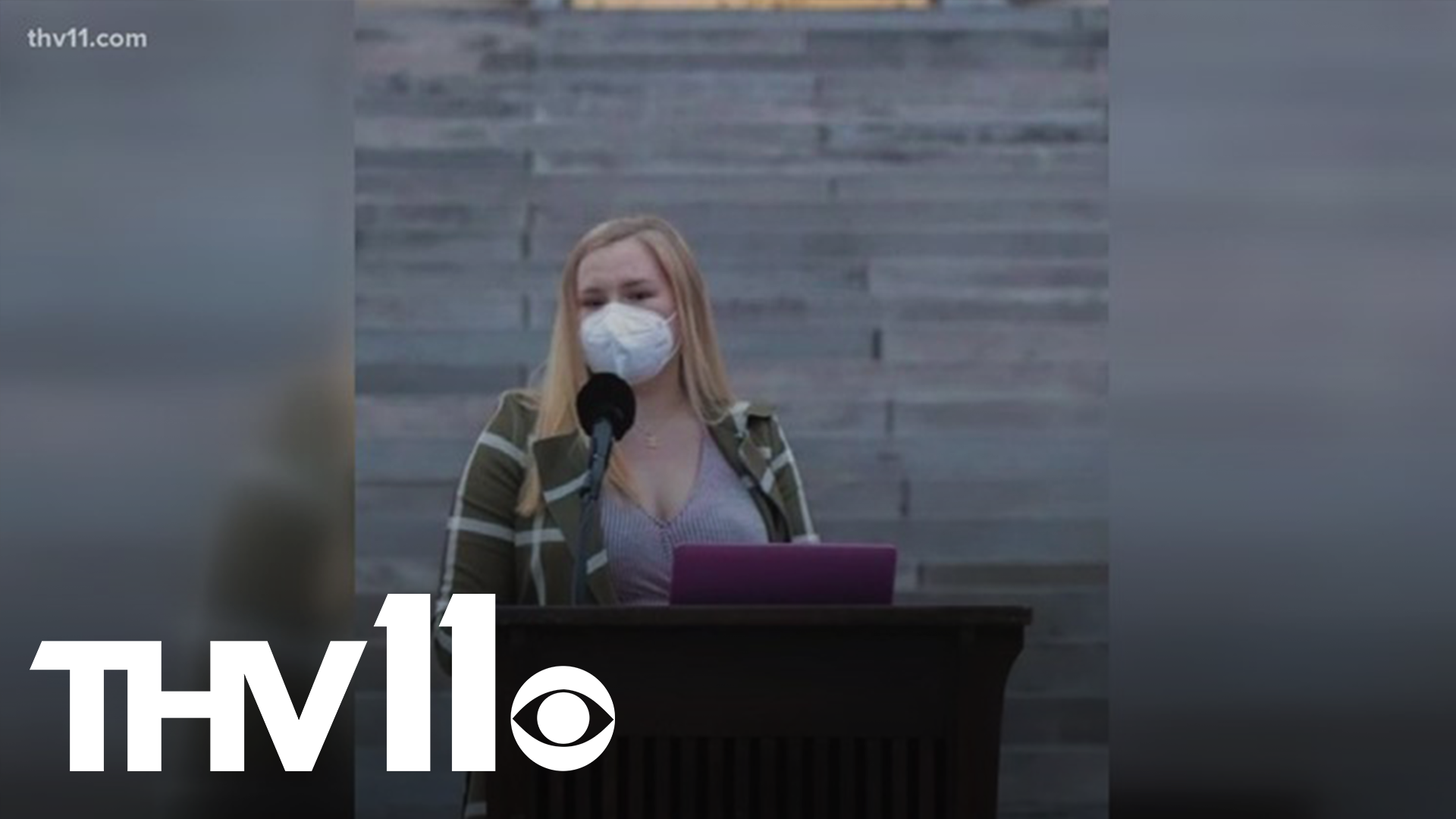 LITTLE ROCK, Ark — With the support of her parents, Willow Breshears started transitioning when she was 13 years old. She's now 18 years old and getting her high school diploma in May. She wants to be a community organizer.

She's already been doing the work with the Center For Artistic Revolution in Little Rock and is now speaking up against House Bill 1570 that was passed through the Senate Monday.

"Growing up in rural Arkansas, I never really had the language to describe who I knew myself to be. Trans people are so much more than our trauma. We have so much to offer. We are beautiful," said Breshears.

RELATED: Raising a transgender teen in the Natural State

"I have some time before I have to make a decision whether to sign it or take other action on it. I've got a number of appointments in which I'm listening to people and meeting with them to learn more about and hear their views," Gov. Hutchinson said.

Breshears said that legislatures don't have a grasp of what a trans experience is.

"If this bill gets signed into law, we know that the suicide rates are going to rise and most of all, it just sends a clear message to trans kids that Arkansas does not want them here and Arkansas does not value them," said Breshears.

She said in places like Arkansas, there's no competent education for LGBTQ people. There's a lack of visibility and understanding. Arkansas is a part of the Bible belt with a lot of religious philosophies against transitioning.

"These are the messages that a lot of kids hearing like, 'You are a mistake' or that 'You're going to Hell.' To grow up and constantly hear that, it makes you hate yourself," said Breshears.

She said it takes time to unlearn a lot of ideas so that she could love herself.

It's through doing activism and advocating for other kids that she's found her purpose. She's the founder of the Young Transwomen's Project.