Hutchinson said he is not signing the bills due to concerns about how the redistricting will impact minority communities in Pulaski County. 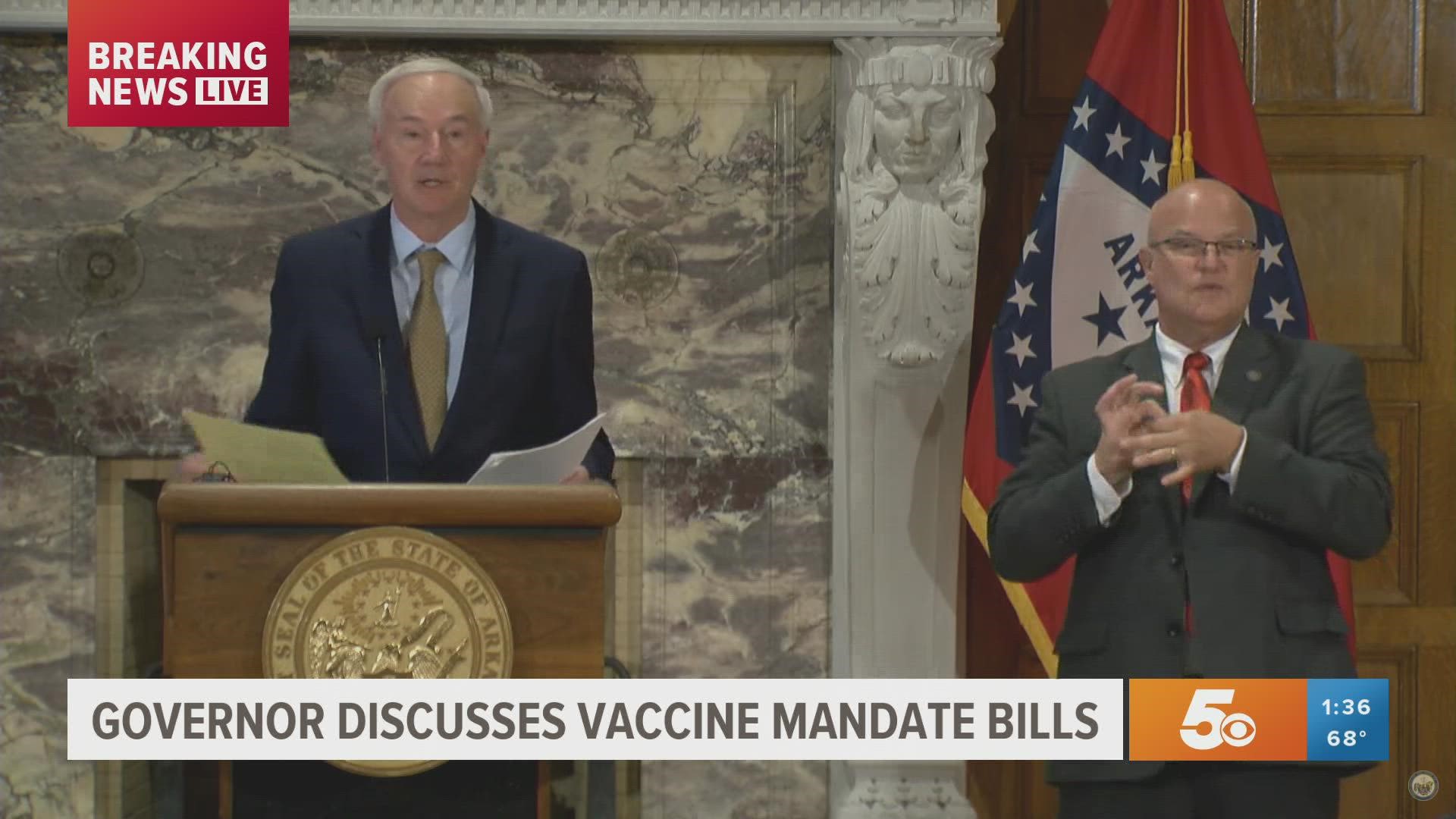 LITTLE ROCK, Ark. — Arkansas Gov. Asa Hutchinson says he will not veto or sign two identical bills that split portions of Sebastian and Pulaski Counties into new congressional districts. Without his signature, the redistricting plans will go into law in 90 days.

The bills approved by the Arkansas House and Senate split Pulaski County among the 1st, 2nd and 4th congressional districts. Parts of southern Sebastian County will now be part of the 4th district instead of the 3rd under the plan.

Hutchinson said he is not signing the bills due to concerns about how the redistricting will impact minority communities in Pulaski County - a county known for voting Democrats into office.

RELATED: How Arkansas & Oklahoma voted in the presidential race county-by-county

Hutchinson says the 90 window before redistricting takes effect will allow anyone wanting to challenge the bills in court to do so.

Once every decade after census results are released, congress and state legislatures are asked to redistrict under the state and federal constitution. In Arkansas, we have four seats in the House of Representatives, making four congressional districts in our state.

“While I share Governor Hutchinson’s concerns about both the two anti-vax bills and the new congressional map, I wish he’d have used the powers available to him to veto these bills," said Senator Greg Leding." None of them passed by wide margins, so it’s not a given that lawmakers could find the votes to override, and vetoes would have sent a stronger and better message to Arkansans."

You can watch Gov. Asa Hutchinson's full comments on the redistricting plan in the YouTube video linked below.