Two law professors said President Donald Trump could face a tough battle trying to get a sizeable number of votes not counted.

With ballots still being counted, including in states that have not declared a winner, President Trump tweeted on Friday that he would challenge results showing a victory for Joe Biden.

"Joe Biden should not wrongfully claim the office of the President. I could make that claim also," he wrote. "Legal proceedings are now just beginning."

So what exactly could lie ahead in courts?

"There’s a whole bunch of different things that could happen, some of which, even if the Trump administration prevails, won’t affect the outcome of the election," George Washington University Law professor Alan Morrison said. "So far, they’ve got a lot of lawyers out there and from what I’ve seen they’ve pretty much got small-bore activity.”

RELATED: VERIFY: Who is paying for President Trump's election lawsuits?

Morrison said the primary focus in the days ahead will be on the recounting of votes in several states.

On Friday evening, Biden held leads in key states that could push him to victory. In Pennsylvania, election results had him ahead of President Trump by over 19,000 votes. In Georgia, the lead was just under 4,000 votes.

Georgetown Law professor Joshua Geltzer, who also spent time as a law clerk for Supreme Court Justice Stephen Breyer and as deputy legal advisor to the National Security Council, said any recounts likely wouldn't make up for the gap in votes currently being seen.

"Statewide recounts rarely change the vote tally at the level that it seems Trump would need in various states to change the overall outcome here," he said. "They don’t change by thousands of thousands. They change by dozens or hundreds. It should reassure us that when you count them all again, you get virtually the same result.”

As of Friday evening, both Morrison and Geltzer said the Trump campaign had failed to show any significant evidence of voter fraud or other charges that could lead to a sizeable number of votes not counting. 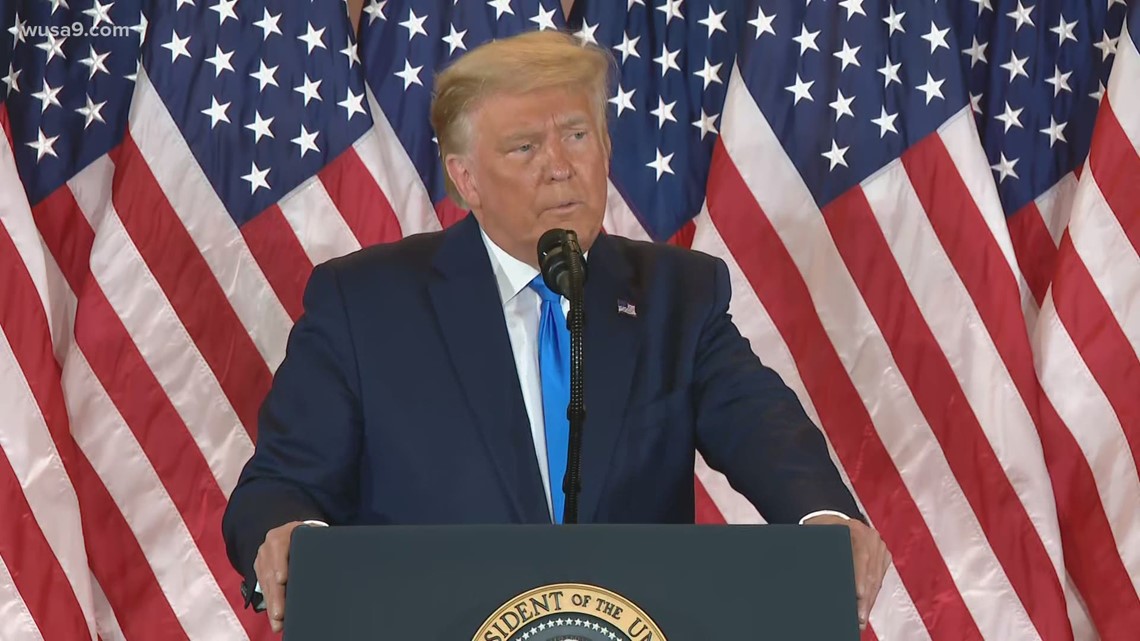 Verify: President Trump said he wants the 'voting to stop.' It has. Counting continues
Several battleground states are still counting mail-in ballots as they come in. WASHINGTON - In his post-election speech, President Donald Trump made some very serious allegations about the election process in some of the states that haven't been called yet. He specifically referenced the battleground states Michigan, Wisconsin, and Pennsylvania.

"I haven’t seen anything that looks like a grand slam home run or much more than a bunt single so far, to use baseball analogies," Morrison added. "It’s hard to see how they can knock these off.”

Both law professors noted how circumstances could change given that votes are still being counted by election officials.

However, given the lay of the land on Friday, Geltzer believed that any potential challenge to the Supreme Court would likely fall short.

"The claims they [the Trump campaign] have made in a number of cases have lost already," he said. "The Trump campaign has already abandoned some of its litigation on appeal having lost on the lower courts. Thus far, it’s the courts that are saying these claims don’t get you anywhere.”

Moving forward, both Morrison and Geltzer did not expect the race to come down to a Supreme Court ruling like the one seen in 2000 in the race between Al Gore and George W. Bush.

Both also noted that any protracted litigation would also likely need to be finished by mid-December, when states face a deadline to resolve any election disputes and electors meet to certify state results.

However, with the race not officially over, Morrison said the presidential election still faced an uncertain road ahead.

"From a legal perspective, it’s hard to know what’s going to happen," he said. "We don’t know what all the challenges are going to be yet.”