Sen. Tom Cotton says he will not support the Electoral College challenge

Arkansas Republican Senator Tom Cotton released a statement, saying he will not oppose the counting of certified electoral votes on January 6. 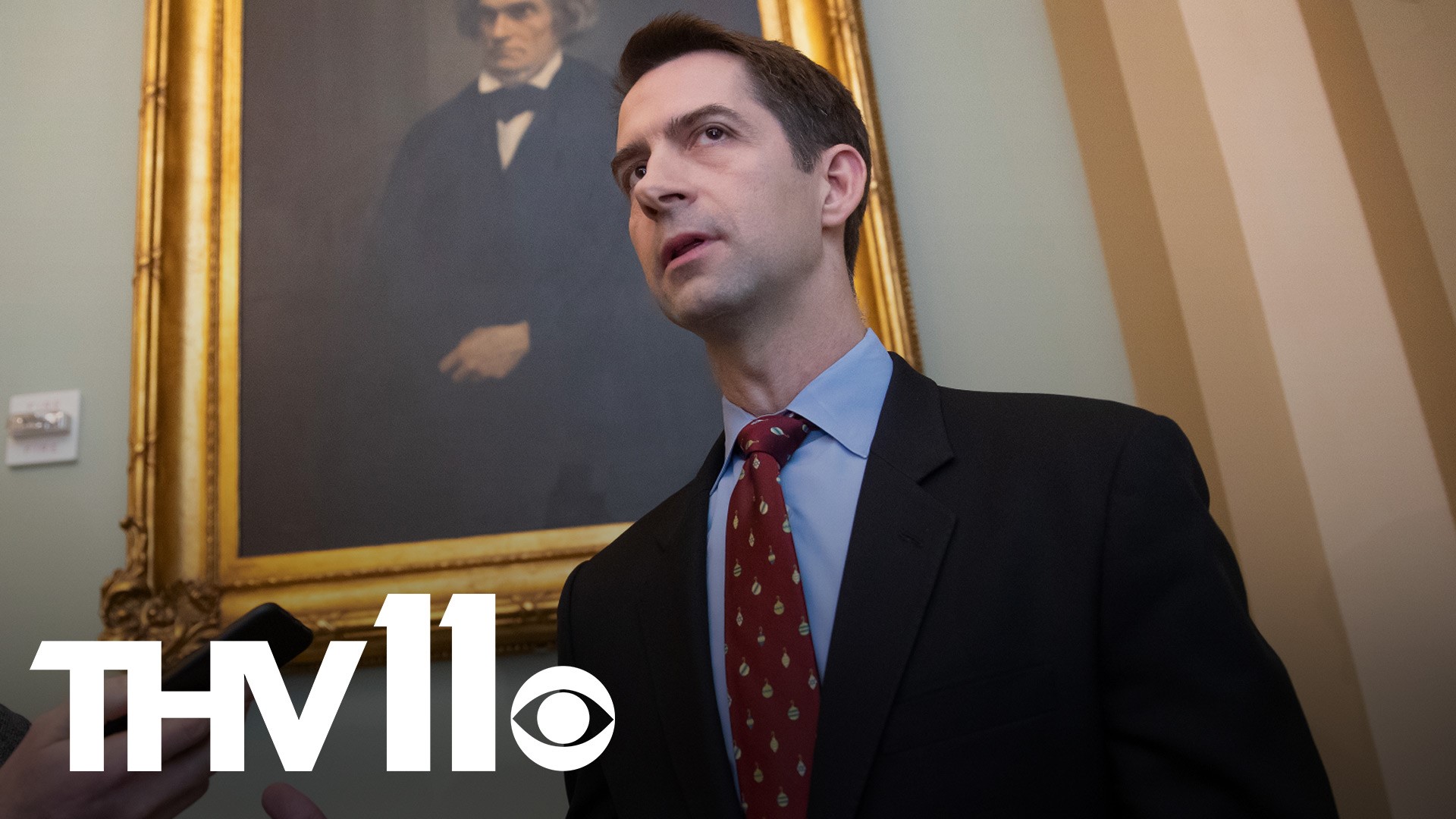 LITTLE ROCK, Ark. — A coalition of Republican senators announced it will challenge the outcome of the presidential election by voting to reject electors from some states when Congress meets next week to certify the Electoral College results that confirmed President-elect Joe Biden won.

The senators, led by Ted Cruz of Texas, said they will vote against certain state electors unless Congress appoints an electoral commission to immediately conduct an audit of the election results. They acknowledged they are unlikely to change the results of the election.

Arkansas Republican Senator Tom Cotton released a statement, saying he with not oppose the counting of certified electoral votes on January 6.

"I will not oppose the counting of certified electoral votes on January 6. I’m grateful for what the president accomplished over the past four years, which is why I campaigned vigorously for his reelection. But objecting to certified electoral votes won’t give him a second term—it will only embolden those Democrats who want to erode further our system of constitutional government.”

Cotton said in his statement the Founders entrusted the elections chiefly to the states and not to Congress.

"They entrusted the election of our president to the people, acting through the Electoral College—not Congress. And they entrusted the adjudication of election disputes to the courts—not Congress. Under the Constitution and federal law, Congress’s power is limited to counting electoral votes submitted by the states. I share the concerns of many Arkansans about irregularities in the presidential election, especially in states that rushed through election-law changes to relax standards for voting-by-mail. I also share their disappointment with the election results. I therefore support a commission to study the last election and propose reforms to protect the integrity of our elections. And after Republicans win in Georgia, the Senate should also hold more hearings on these matters. All Americans deserve to have confidence in the elections that undergird our free government."

The days ahead are expected to do little to change the outcome. Biden is set to be inaugurated Jan. 20 after winning the Electoral College vote 306-232.

Sen. Josh Hawley of Missouri was the first announce he would join House Republicans in objecting to the state tallies during Wednesday's joint session of Congress.

On Twitter, President Donald Trump tagged Cotton in a tweet and said, "Republicans have pluses & minuses, but one thing is sure, THEY NEVER FORGET!"