The state's largest county has the tech to make voting more convenient once polls open on Oct. 19 for early voting. 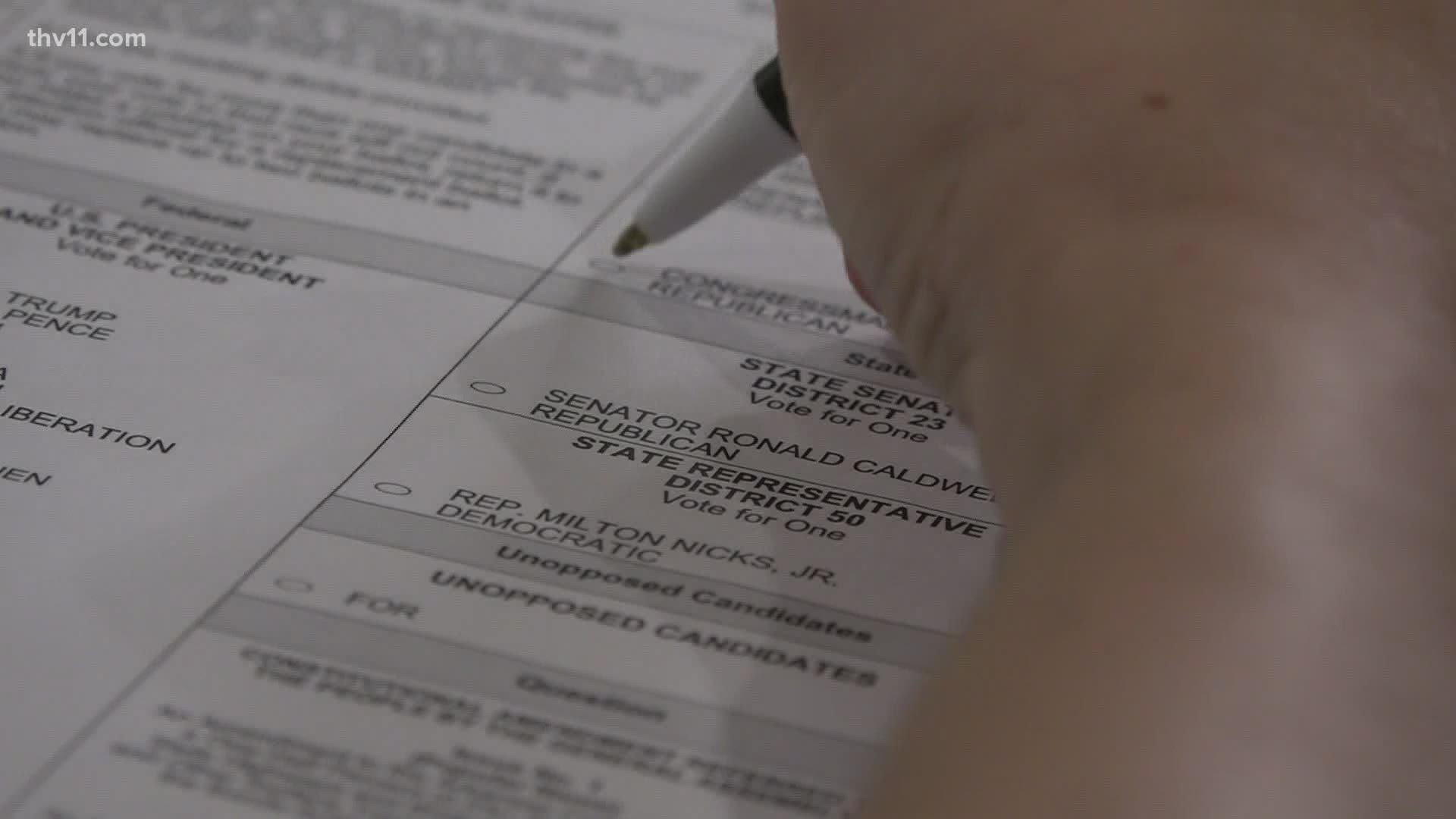 LITTLE ROCK, Ark. — Now that the deadline to register to vote has passed, attention in the state's largest county is turning to opening more early voting locations, including three new sites that will serve any Pulaski County registered voter regardless of precinct on Election Day.

"We are pretty much going 24/7 at this point," said Bryan Poe, the director of elections for the Pulaski County commission looking ahead to about two months of intense activity.

Poe's colleagues on the commission have been working with the county clerk Teri Hollingsworth to improve voting convenience. On Nov. 3rd, the technology is finally in place to do that.

"Early voting, we've been doing that for a while. We've had nine or 10 early voting locations for well over the past decade," Poe said. "This is going to be the first election where we're going to have those voting centers available on election day."

The Voting Center concept works like this: say you work at one of those big hospitals in the Midtown neighborhood of Little Rock. You won't have to wait in line early at your polling place or scramble home before they close.

The Hillary Clinton Children's Library and the Fletcher Library will be able to anyone from Pulaski County at those locations.

"On election day we're going to have 12 locations -- the locations that also serve as our early voting centers," said Poe. "Anybody who is registered in the county can be able to vote at anyone of those."

As for mail-in votes, the county has about 19,500 absentee applications so far, and officials can at least take them out of their mailing envelopes beginning Oct. 19.

They will then remain in their security envelopes until the morning of Election Day when they can begin to be processed and counted.

That's an advantage the county will have over other big urban areas bracing for record numbers of mailed ballots that can't even begin to be processed until election night.

RELATED: How to vote in Arkansas this November

"I feel comfortable that we should be able to process that barring an unexpected surge," Poe said.

In addition to mail-in ballots, the pandemic led some shifts in polling locations as churches and civic halls begged off because of safety concerns.

Poe said every precinct will be served in addition to the voting centers. He advised voters to check their registration and polling location at VoterView.

Poe also said the commission has 820 poll workers signed up for the big day.

There had been concerns of a shortage since many workers are older and leery of working in a public-facing job during the pandemic.

And early voting will also have new conveniences this year, with uniform hours across the dozen sites, including on the Monday before the election.

"We want to provide as many opportunities as we can for people to vote and to spread that out over as many locations as many times as possible," Poe said.