The FBI office in Little Rock will be assisting in investigating all suspected cases of voter fraud and election-related crimes. 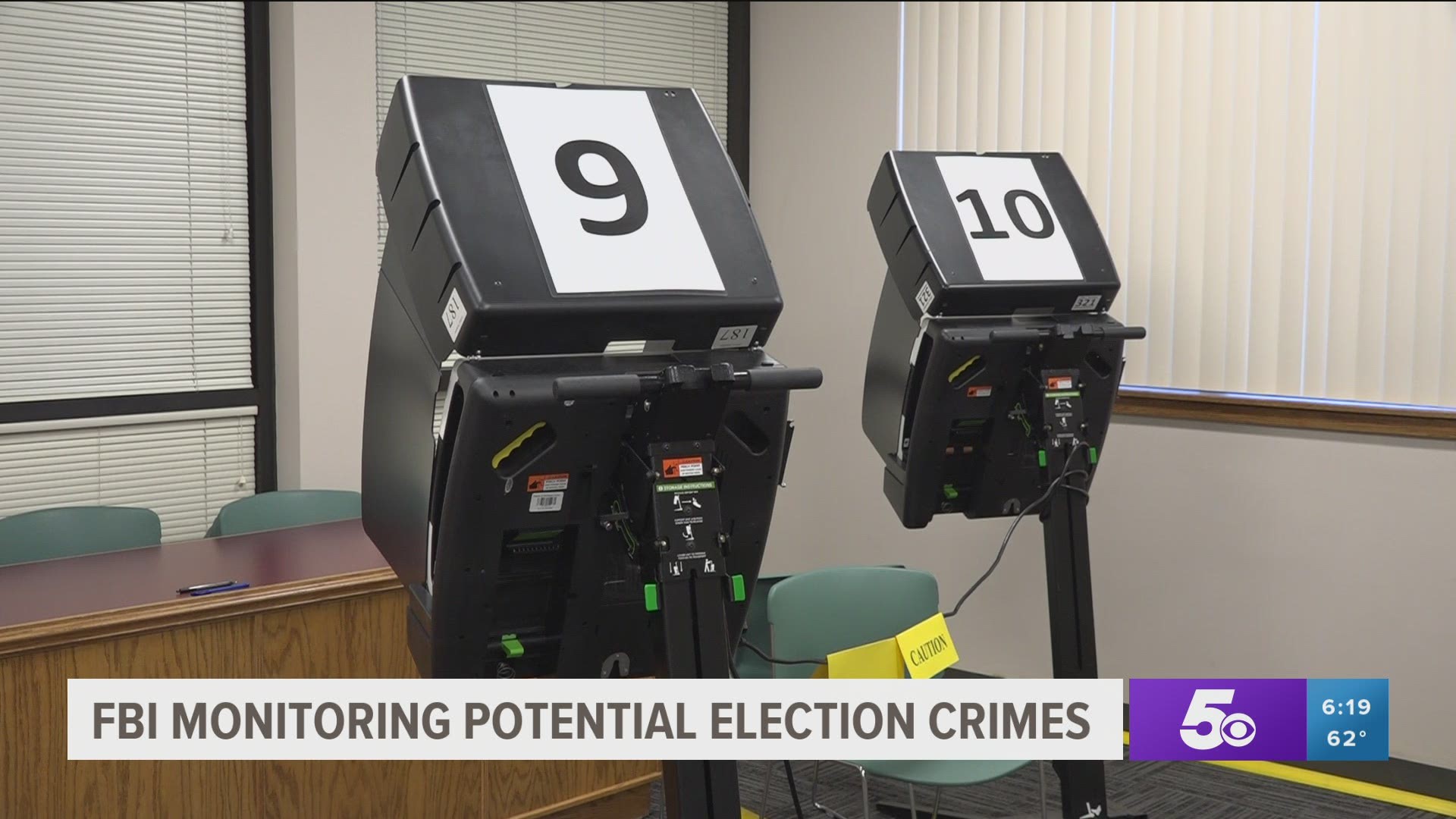 LITTLE ROCK, Ark. — The FBI office in Little Rock along with the Department of Justice will be investigating all suspected cases of voter fraud and election-related crimes.

The Department of Justice has created a nationwide Election Day program and the FBI office in Little Rock will be assisting them in investigating all suspected cases of voter fraud and election-related crimes.

“A lot of it is done through social media by posting false stories and fake information from both sides of the aisle on social platforms trying to get people angry at each other,” he said.

If you do re-share a false post, the FBI says you are not committing a crime.

At the polls, poll workers are trained and very familiar with the voter ID law that requires everyone to show an approved photo ID before they are given a ballot. If that ID is expired, it can’t be expired for more than four years.

Executive Director of the Washington County Election Commission, Jennifer Price says the poll worker also makes sure the name the person states is the same name on the ID.

“Once the poll worker verifies all that information, they ask the voter to state their address and date of birth and we aren’t looking on the ID for that but what is in the tablet,” she said.

Price says after all that information is verified then the person gets a ballot. She says it’s not fraud but there is a lot of misinformation out there about absentee ballots and how to return them. She says some people may think they can bring their absentee ballot to the polls on Election Day to turn it in.

“Some voters may think that they can bring their absentee ballot to the polls on Election Day," Price said. "Unfortunately, the state of Arkansas does not allow that option. You have until the day before the election to turn your ballot in, in person."

Price says if you do show up at the polls on Election Day with your absentee ballot in hand you won’t be able to turn it in. She says their tablets are set up to show that the person has already received an absentee ballot and the only option will be to see the supervisor and get a provisional ballot.

“Which means they vote on Election Day, but we do not count that ballot until we verify that the original ballot that they were sent as an absentee has returned," Price said. "So that prevents a voter from being able to cast, have two votes count."

If you do see any type of election fraud, the FBI asks that you call their Little Rock office directly. Early voting starts on Monday (Oct.19) in Arkansas.