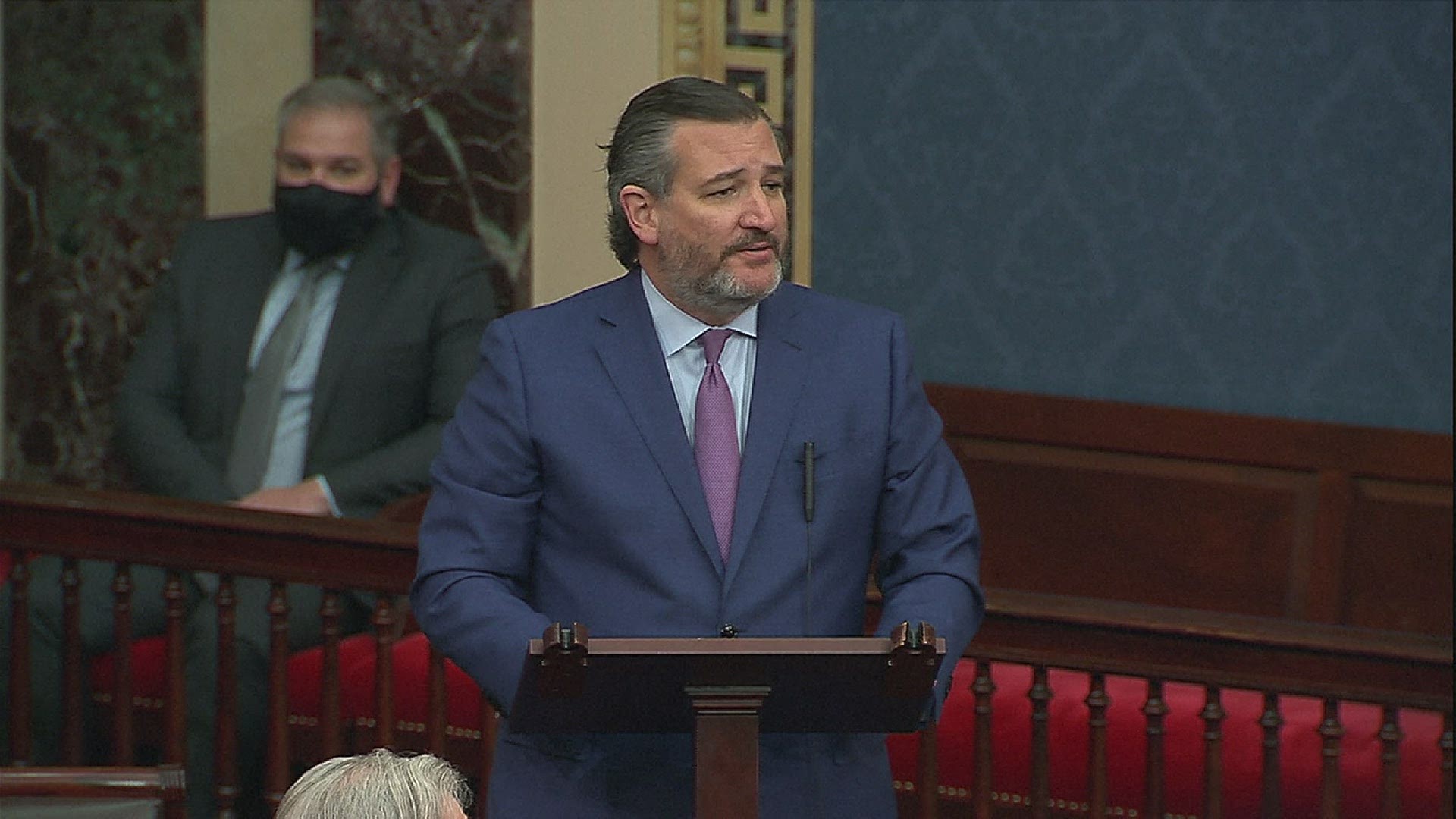 Republican U.S. Sen. Ted Cruz of Texas faced calls for his resignation Wednesday as Texas Democrats said his leading role in efforts to block the certification of President-elect Joe Biden's electoral victory empowered the pro-Donald Trump rioters who breached the Capitol and disrupted the certification process.

“He has conducted himself shamelessly, and I think he has done this because he believes it's the only way, the only chance that he has to win the Republican nomination for president,” Joaquin Castro said from the Capitol in a virtual interview with The Texas Tribune on Wednesday.

Congress convened Wednesday to formally certify the November election results, which have been called safe and secure by state governments and by the U.S. Department of Homeland Security. Trump for months has falsely insisted that he won the election — and has turned to Cruz to make his case.

On Wednesday, Cruz led GOP lawmakers' dispute to certify Arizona's electoral votes. Trump encouraged his supporters to attend rallies in Washington on Wednesday and gave a speech again falsely claiming he'd been reelected before throngs of his backers later breached security and entered the Capitol, where police fatally shot a woman, according to The Washington Post.

“Those storming the Capitol need to stop NOW,” Cruz wrote on Twitter, adding that violence is “ALWAYS wrong” and that “those engaged in violence are hurting the cause they say they support.”

But in Cruz’s hometown of Houston, leaders were not happy with him. Mayor Sylvester Turner wrote on Twitter that, “Texans should hold Sen. Ted Cruz accountable for this fiasco.”

“Shame on you @tedcruz, @GOPLeader, and all who fed the false narrative about our election, which has led to what we are witnessing in our Nation’s Capitol,” Acevedo wrote on Twitter. “You fanned the flames of mistrust and history will hold you accountable for the ensuing chaos. Outrageous!”

The senator's office declined to answer questions about calls for Cruz's resignation.

As the pandemonium persisted throughout the afternoon in Washington, Cruz's campaign sent out fundraising text and email messages to his supporters.

“I’m leading the fight to reject electors from key states unless there is an emergency audit of the election results,” the message read. “Will you stand with me?”

An aide to Cruz said the messages were sent "from a firm" and not approved by Cruz to be sent.

"In no way shape or form would he ever have approved this to go out right now," the aide said in a statement. "He is dismayed by what’s happening in the Capitol and called on those storming the Capitol to stop the violence.”

“Cruz’s act of political theater has brought domestic terrorism to our nation’s capitol, which is why he needs to drop the challenge immediately,” executive director Ed Espinoza said in a statement.