With heightened emotions about the upcoming election, officials are making sure law enforcement is familiar with polling locations. 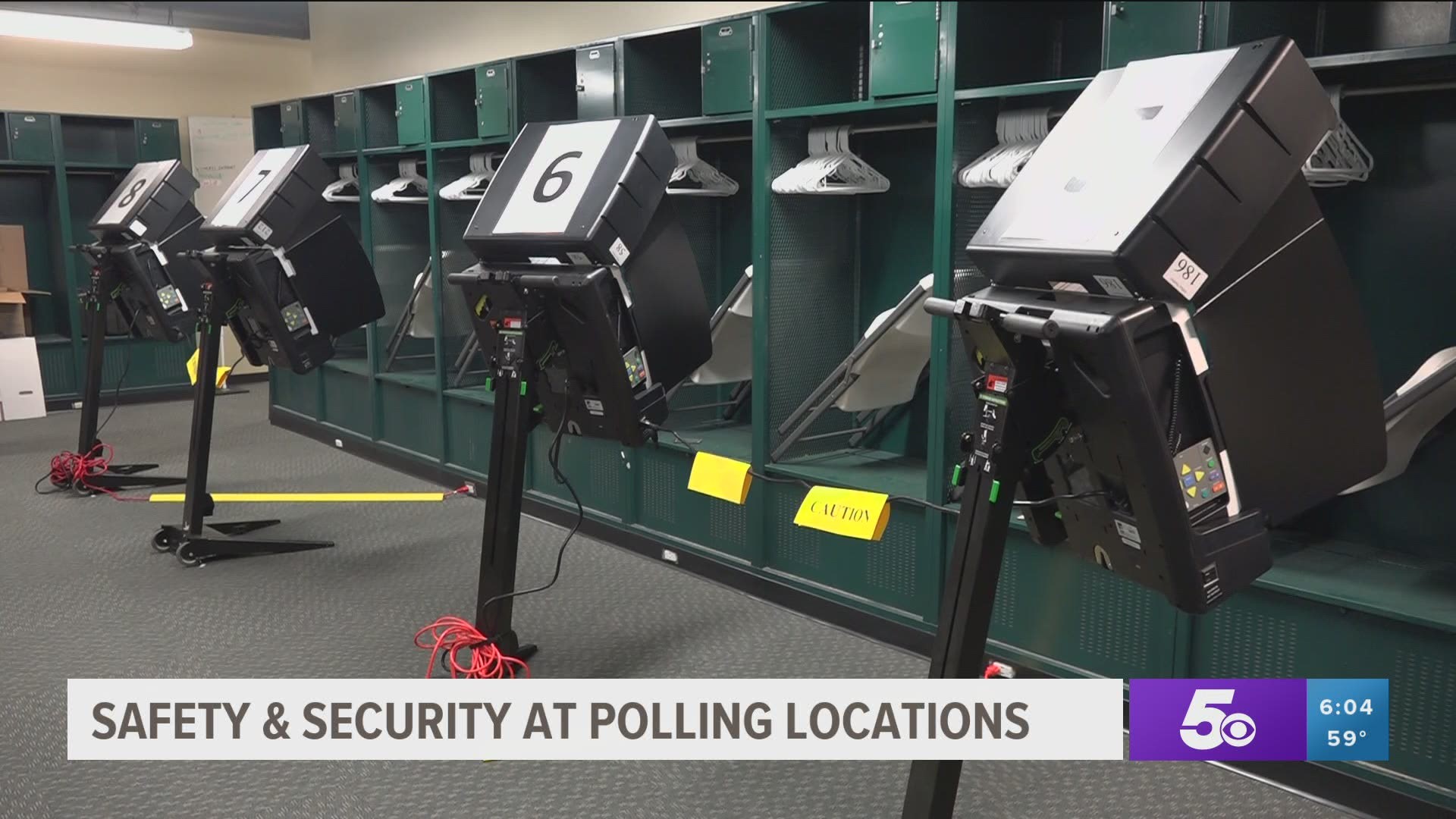 FORT SMITH, Ark. — Early voting in Arkansas starts next week and this year some people may not only be concerned about COVID-19 safety at polling locations but also about security.

The Sebastian County Election Commission met with local law enforcement this week to give them a list of all the polling locations and to talk about safety. All their poll workers know to call 911 if there is an emergency.

“Hopefully they will be a little more familiar with where the vote centers are in case something were to happen, but we aren’t anticipating any issues,” said David Damron, Chairman of the Sebastian County Election Commission.

Damron says there are two things people can do if they are concerned about their own safety when voting.

“There is absentee balloting going on right now. Early voting starts this next week and the courthouse, the Sebastian County Courthouse will be open for early voting and the Sheriff has members of law enforcement in that building all the time,” he said.

In Washington County, the election commission has also spoken to police and they know where all their polling locations are and all poll workers know that if there is any type of emergency or safety concern to call 911.

Price says that’s expected for a poll watcher, which is someone who is appointed by a political party, candidate or an issue to be at the polling site. That person must have paperwork that’s been signed by the county clerk.

“So, before someone would be allowed in the polling location to observe they must present that information to a supervisor, so we know they are an authorized person to be at that polling location,” she said.

RELATED: Poll workers gear up for a spike in absentee voters