He says the COVID-19 outbreak hurt his chances of meeting his May 1 deadline to get the 10K signatures he needed and was denied an extension. 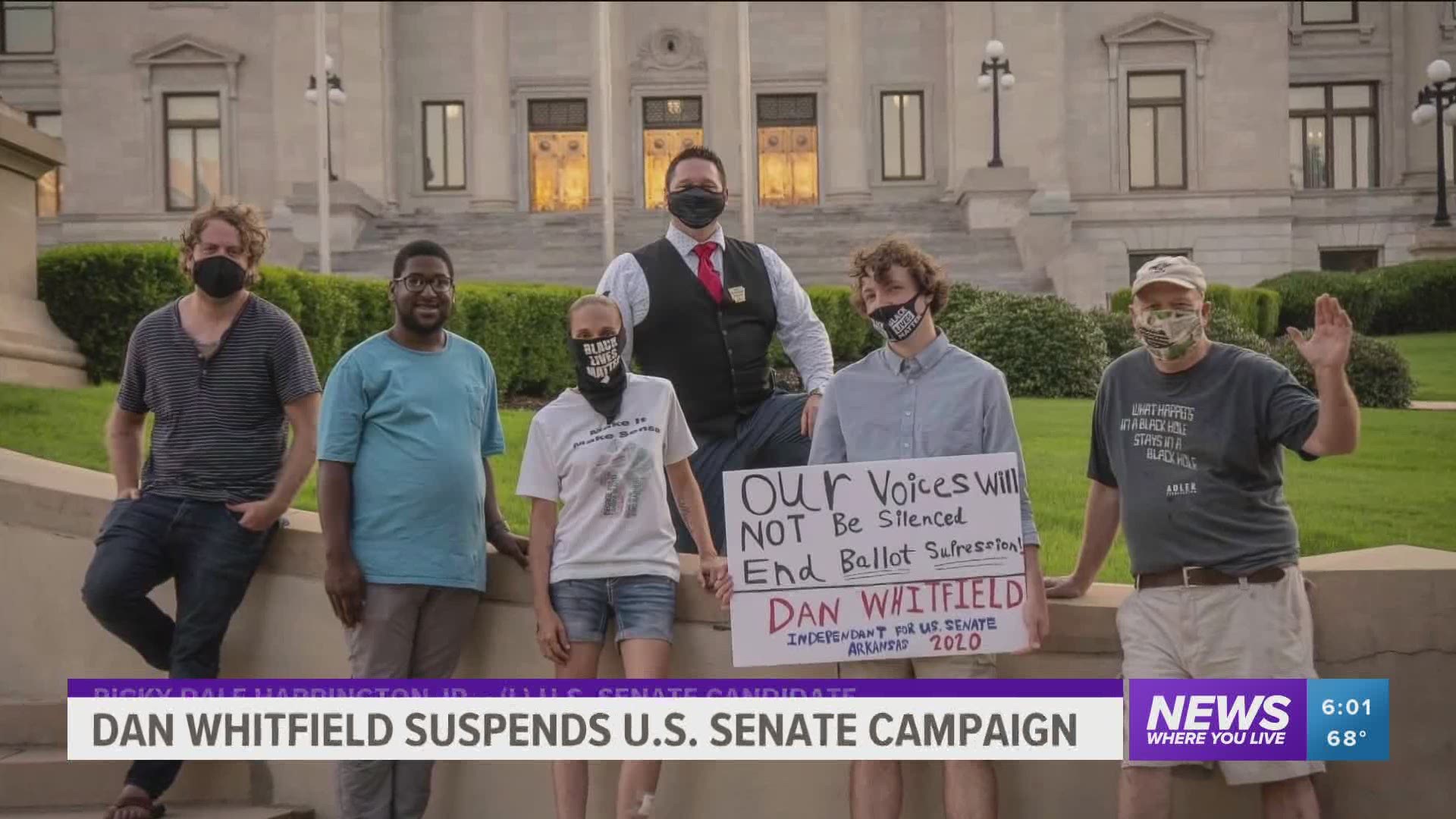 LITTLE ROCK, Ark. — Arkansas Independent Dan Whitfield hoped to run against incumbent U.S. Senator Tom Cotton and Libertarian Ricky Dale Harrington Jr. in November but suspended his campaign after not getting on the ballot.

He says the COVID-19 outbreak and social distance guidelines hurt his chances of meeting his May 1st deadline to get the 10,000 signatures he needed and was denied an extension to get his name on the ballot.

“Unfortunately, we were forced to suspend our campaign because the Attorney General was successful in pushing back our court hearing for ballot access past the date of the election. We were hoping to get into September oral arguments,” Whitfield said.

We reached out to Arkansas Attorney General Leslie Rutledge for comment and her office released the following statement:

“The plaintiff filed his appeal to the 8th Circuit on June 29, after which it is at the discretion of the court to determine when a case will be heard.”

Incumbent Senator Tom Cotton and Libertarian candidate Ricky Dale Harrington Jr. will be the only names you see on the ballot for this U.S. Senate race. Harrington Jr. says he believes that ballot access laws keep third party candidates off the ballot.

“We need to start engaging our state legislature from passing laws that limit the voice of Arkansans, so it starts off with the original law that we fought for or otherwise Mr. Whitfield would’ve had to get 27,000 signatures,” Harrington Jr. said.

Whitfield says he is not dropping the case for ballot access.

"I’ve decided I am going to continue running for office again, whether that’s against Attorney General Leslie Rutledge for Governor or whether it’s against Senator John Boozman for U.S. Senate, we are just getting started,” Whitfield said.

5NEWS reached out to Senator Cotton for comment on this story. He did not address it specifically, but his office did release this statement.

"Tom Cotton is working hard to win the votes of Arkansans for his re-election by confirming Judge Amy Coney Barrett to the supreme court, working to lower prescription drug costs, and protecting the unborn."

RELATED: Arkansas man trying to get on 2020 US Senate ballot