The bill would gradually raise the federal minimum wage to $10 and mandate E-Verify to ensure the wage increase only goes to legal workers. 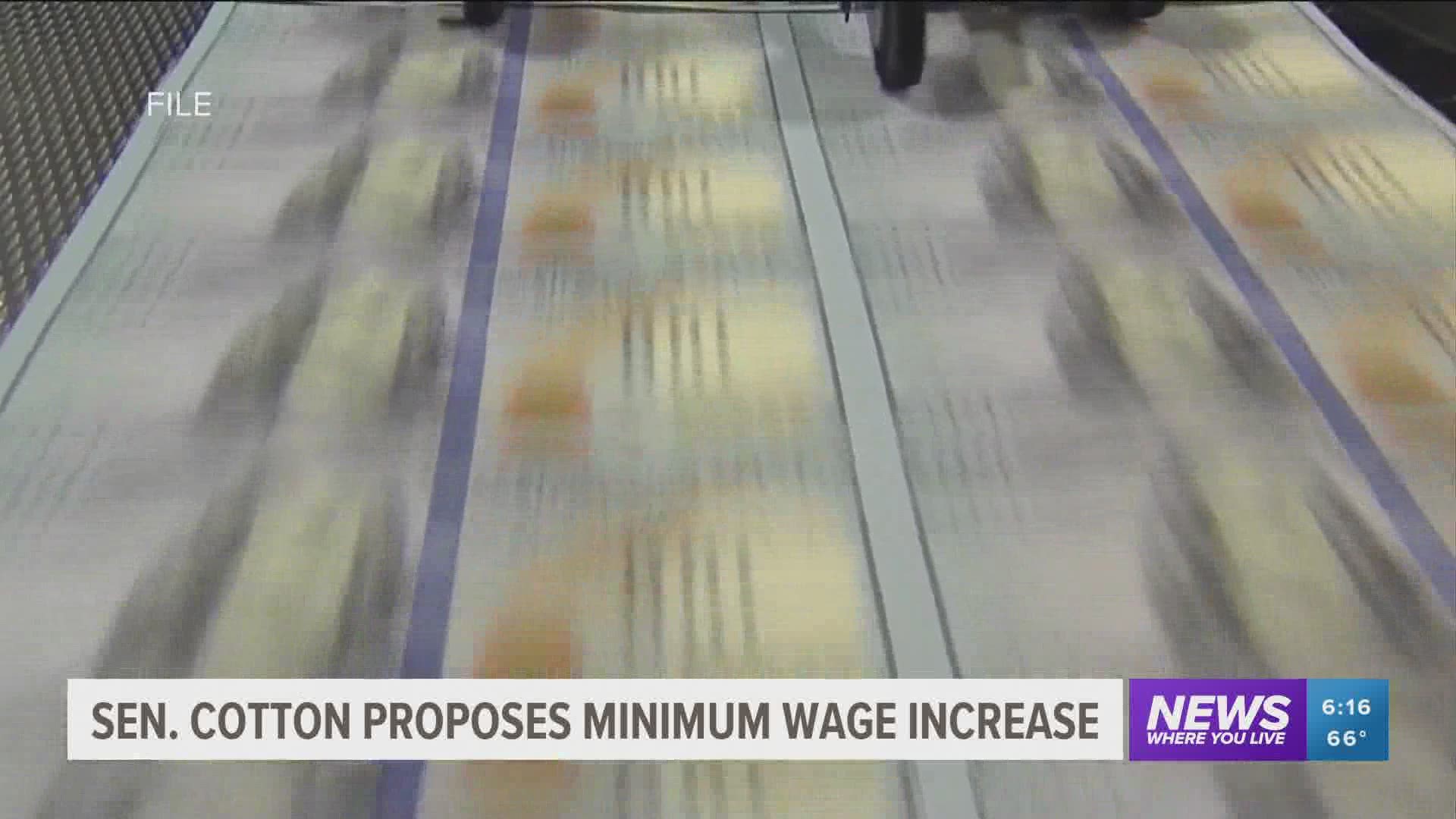 LITTLE ROCK, Ark. — Senators Tom Cotton (R-Arkansas) and Mitt Romney (R-Utah) released the details of the Higher Wages for American Workers Act, a bill that would gradually raise the federal minimum wage to $10 and mandate E-Verify to ensure the wage increase only goes to legal workers.

Full details may be found here.

“American workers today compete against millions of illegal immigrants for too few jobs with wages that are too low—that’s unfair," Cotton said. "Ending the black market for illegal labor will open up jobs for Americans. Raising the minimum wage will allow Americans filling those jobs to better support their families. Our bill does both."

“For millions of Americans, the rising cost of living has made it harder to make ends meet, but the federal minimum wage has not been increased in more than ten years," Romney said. "Our legislation would raise the floor for workers without costing jobs and increase the federal minimum wage to $10, automatically raising it every two years to match the rate of inflation. Additionally, our bill would protect American jobs by requiring employers to use E-Verify to ensure that businesses cannot hire illegal immigrants. We must create opportunities for American workers and protect their jobs, while also eliminating one of the key drivers of illegal immigration."

RELATED: Bill that would make abortion illegal except to save mother passes Arkansas Senate