The election commission placed signs on all the voting machines in English and Spanish explaining the situation. 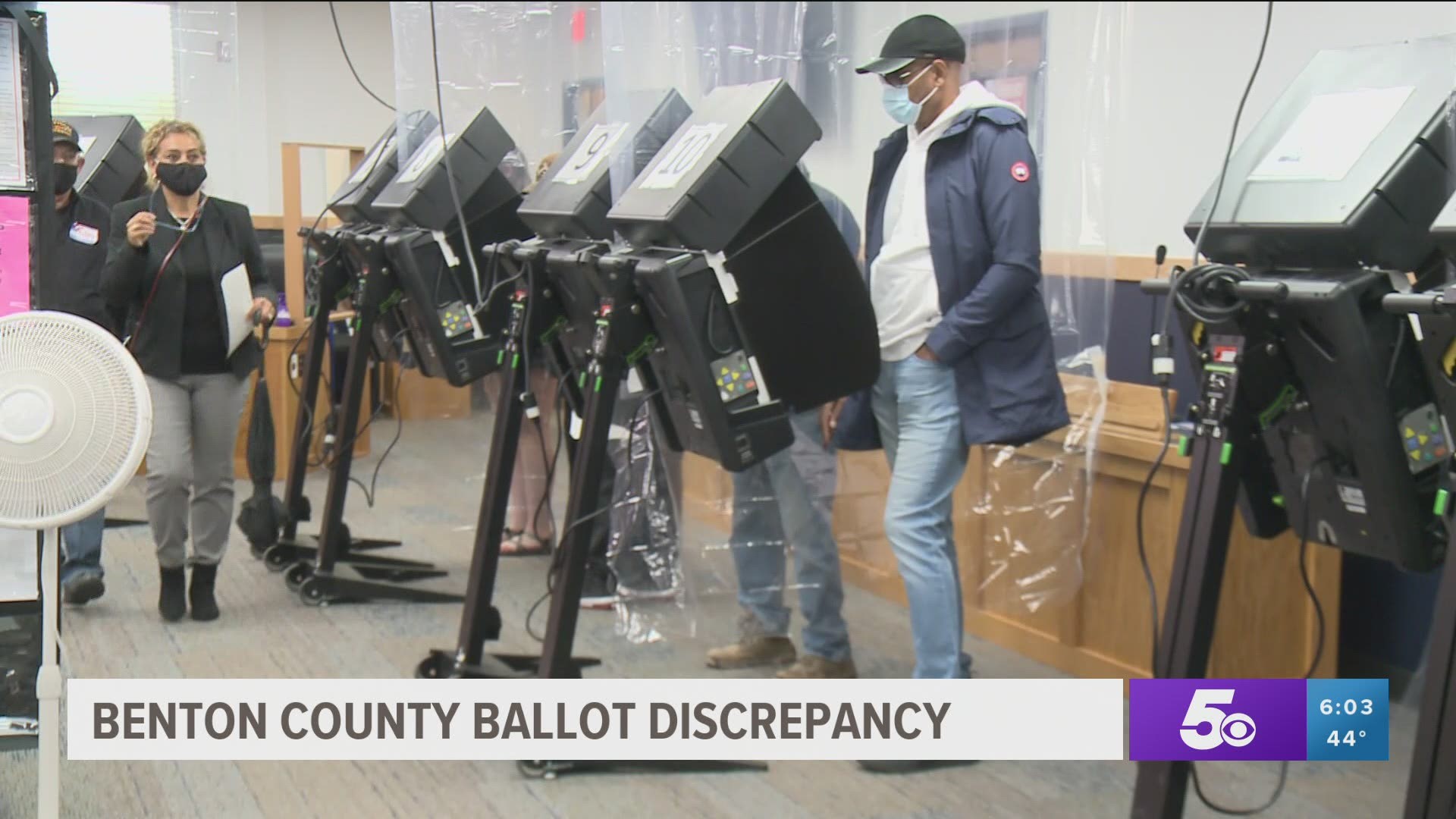 BENTON COUNTY, ARKANSAS, Ark. — There may be some confusion for Benton County voters for a race that appears twice on the ballot, one of which is a special election.

The Benton County Election Commission met Friday (Oct. 23) afternoon to decide on a solution to some confusion with the House District 96 race. The seat is vacant after the representative resigned from the position, so it has to be filled through this year's end. Jill Bryant is running unopposed.

“When we made up the general ballot, the presidential ballot, we failed to put special election over the heading for that district,” Russell Anzalone said.

Chairman of the Benton County Election Commission, Russell Anzalone, says along with that race, there is also the House District 96 seat on the ballot that would start in 2021. That race is between Democrat Jon Comstock and Republican Joshua Bryant. He says they have already placed signs on all the voting machines in English and Spanish explaining the situation.

Jon Comstock says he is the one who requested the signs be put on the voting machines in English and Spanish to clear up any confusion voters may have by seeing the same race on the ballot twice.

“They might have thought ethically I’ve already voted for House District 96, how do I vote a second time…They may have realized there is some snafu here, but they didn’t understand what it was and they didn’t have the fortitude to go talk to an election person because someone could’ve explained it to them,” Comstock said.

Joshua Bryant, whose wife Jill Bryant is running to fill the seat for the rest of 2020, says when they looked over the ballot online and saw it said term set to expire at the end of this year for his wife’s seat, they thought it would transfer to the voting machines.

“It didn’t really raise any red flags. I think most people will go to the polls with the knowledge of who they want to vote for and did that research and went to the polls, and if they saw her name, they could choose to select it or ignore it and move on to the next,” Bryant said.

Again, Benton County has signs on each voting machine explaining why the House District 96 race is on the ballot twice. The election commission says poll workers will help you if you have any questions or concerns while voting.

RELATED: Programming Issue in Crawford County causes some voters to be given the wrong ballot