The bill allows an armed person to use deadly force if they believe they are in imminent danger. 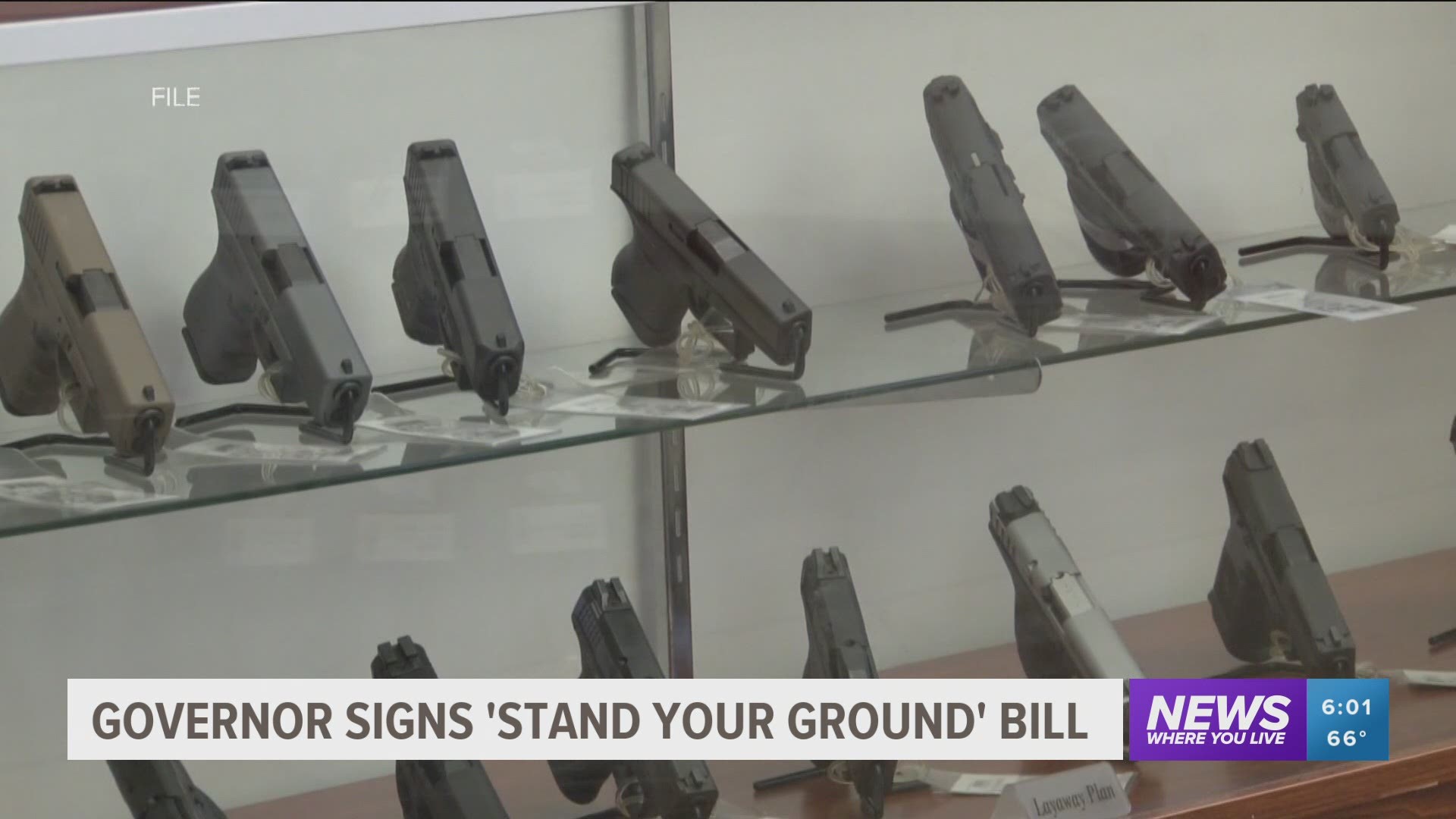 The legislation, SB24, referred to as a "Stand Your Ground" bill passed the House and Senate earlier this year after being reworked.

Hutchinson signed the bill into law on Wednesday, March 3, 2021.

"While I've often said that there is no compelling need for this legislation, I'm persuaded by the changes that have been made since it was first introduced two years ago," Gov. Hutchinson said. "And the fact that law enforcement no longer opposes the bill."

Hutchinson said the bill should also be met with a proper hate crime law by legislators that supported the stand-your-ground bill.

As of January 1, 2020, 34 states across the U.S. have stand-your-ground laws or have expanded the castle doctrine to apply beyond the home.

Black community leaders, groups, and allies stood together in support of stopping the "Stand your Ground" bill in front of the Arkansas State Capitol in January.

Republican State Representative Jim Hendren called the bill unnecessary, saying it's not a partisan issue but rather a human decency issue.

"The so-called, 'Stand Your Ground' bill. I call it 'so-called,' because the title is not accurate for what the bill does," Hendren said. "Current law allows for Arkansans to stand their ground today. This law broadens that. It allows someone who can escape to complete safety to choose to stay and fight and kill."

Rep. Aaron Pilkington, one of the authors of the bill, said the bill was designed to protect Arkansans who have to make a "snap decision" to protect themselves.

"If you're lawfully present, if you are not breaking the law, then you're able to use stand-your-ground," Pilkington said.

The National Rifle Association applauded the passage of the bill in Arkansas, calling it common-sense legislation.

“This law ensures the rights of law-abiding Arkansans are protected,” said Jason Ouimet, executive director, National Rifle Association Institute for Legislative Action. “Victims have little time to react when confronted with a criminal attack, they should not be required to try and run away before defending themselves."

A similar measure stalled in the Legislature two years ago. The 2021 bill passed after groups such as the state’s sheriffs’ and prosecutors’ associations that previously opposed it said they’re neutral to the latest version.

You can watch Hutchinson's announcement about signing the stand-your-ground bill into law below: