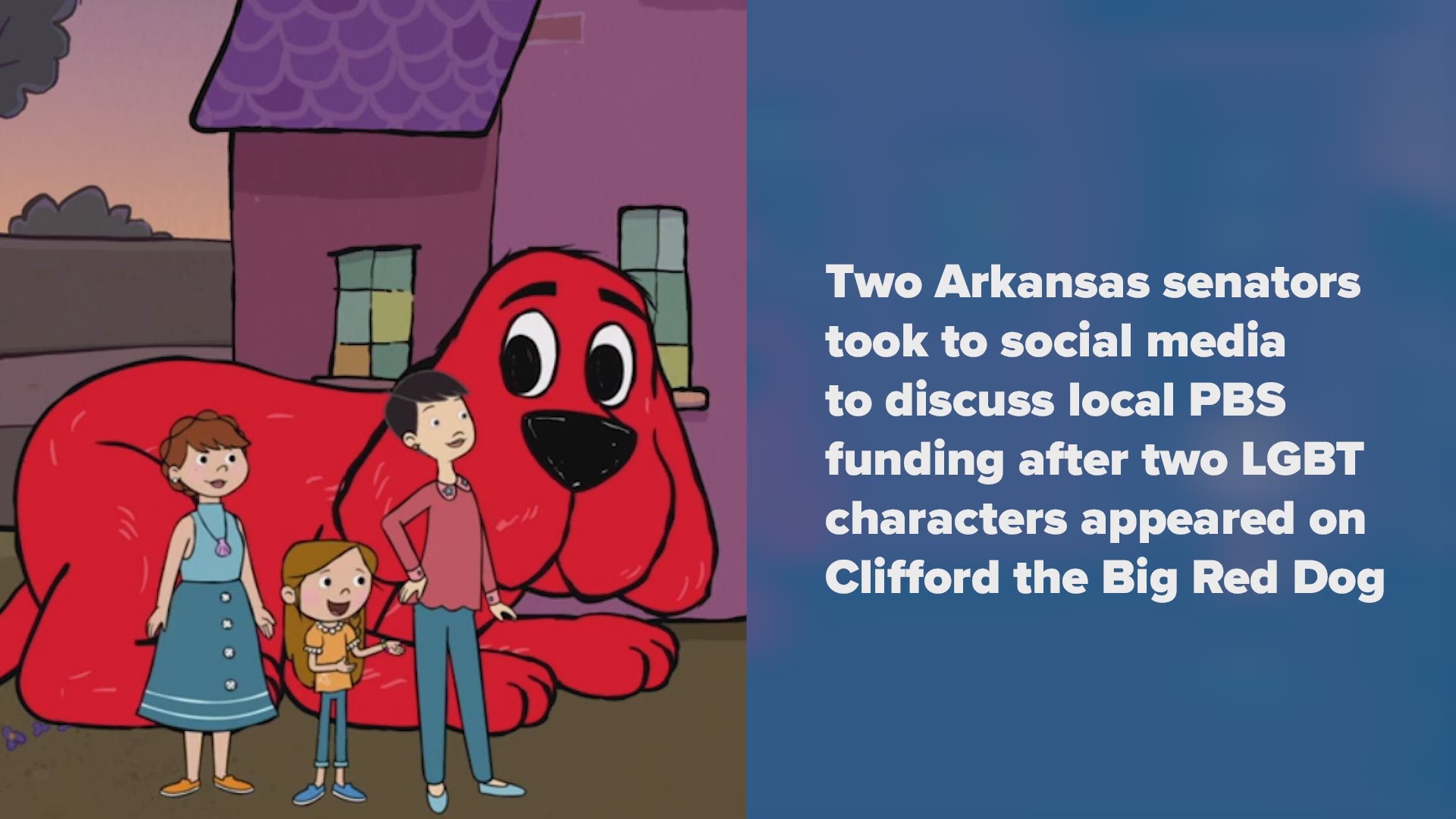 State Senators Jason Rapert (R-Conway) and Bob Ballinger (R-Berryville) both posted to social media Friday about the appearance of the characters on the PBS Kids show.

"Taxpayer funding will not be provided to support LGBTQ political agendas in Arkansas," Rapert said in a Facebook post, "just like it will not be supported for the abortion agenda in Arkansas. Enough is enough."

Ballinger shared a screenshot of Rapert's Facebook post on Twitter, saying the funding of the PBS station will be an issue in the upcoming fiscal session.

The two characters, Dr. and Mrs. Mulberry, appear together in the episode The Big Red Tomato/Dogbot.

Rapert brought up the same issue back in January after it was reported that Billy Porter was going to appear on Sesame Street in the dress he wore to the Oscars. Rapert asked his Facebook audience whether they approved of "your taxpayer dollars being used to promote the radical LGBTQ agenda?"

In a comment on that Facebook post, Rapert said that he can "pass a bill to cutoff all funding for the rebroadcast of PBS programming through AETN and also stop all funding for AETN altogether if necessary."

In response to the backlash of his appearance, Porter told Page Six that "if you don't like, don't watch it."

"The really interesting thing for me is that that's what it's all about when it comes to LGBTQ people -- the first thing everyone wants to talk about is how we having sex," Porter said in the interview.

One Millions Moms has also started a petition that says PBS Kids is "taking advantage of parental trust."

The Arkansas General Assembly's 2020 fiscal session is set to begin on April 8, with pre-filing starting on March 9.

We have reached out to Sen. Ballinger and PBS for additional comments.

RELATED: Everything Arkansas voters need to know before Super Tuesday