The bill now heads to the House of Representatives, where they also must decide if they want to override Hutchinson's veto. 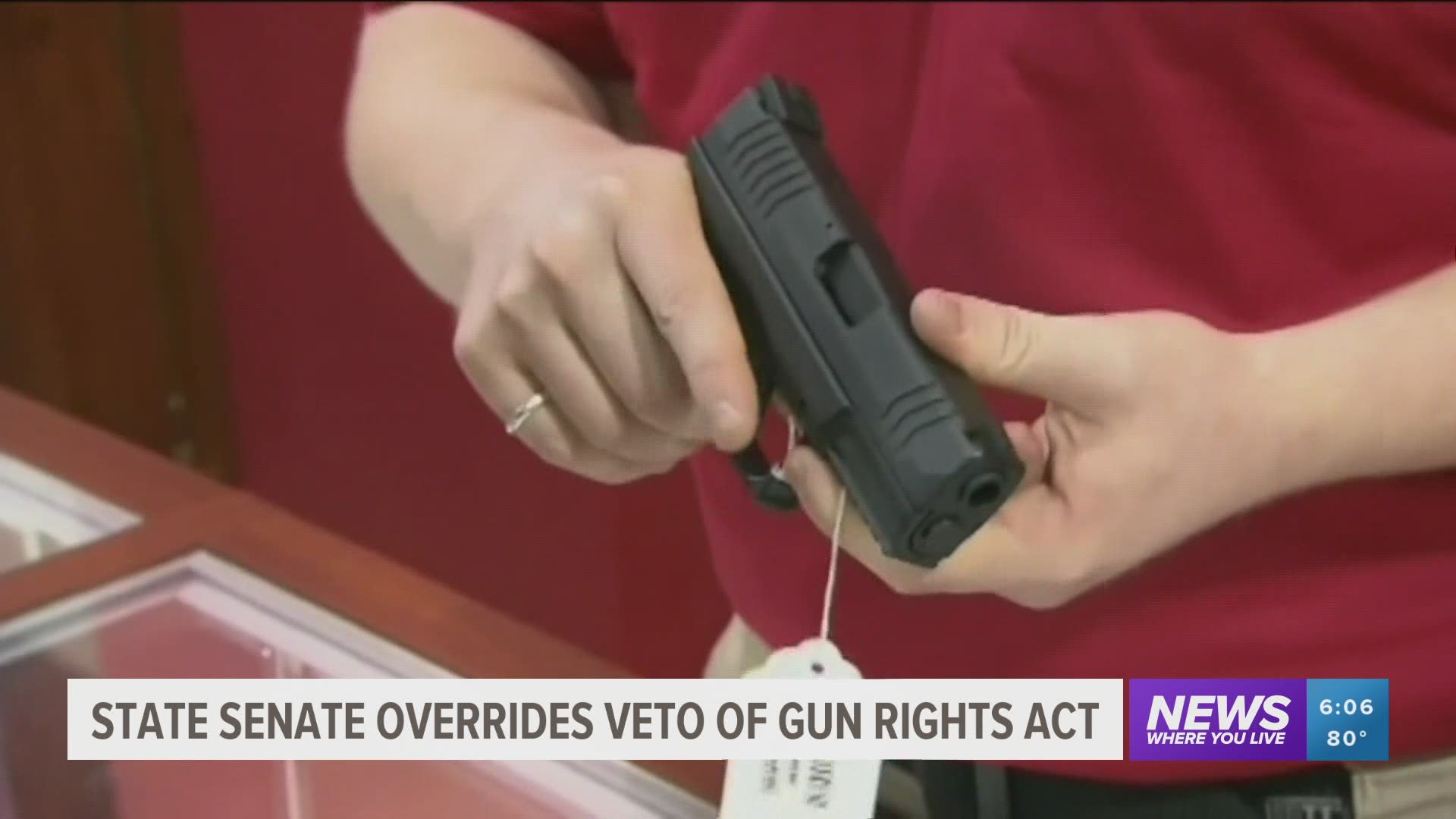 ARKANSAS, USA — The Arkansas State Senate has voted to override Gov. Asa Hutchinson's veto of legislation that would prohibit local police from enforcing federal gun laws. The bill now heads to the House of Representatives, where they also must decide if they want to override Hutchinson's veto.

Hutchinson vetoed SB 298 last Friday, saying that the measure would jeopardize law enforcement and the public.

On Monday, the Arkansas State Senate voted 21-12, with two Senators not voting, to overturn his decision, our content partner Talk Business & Politics reports.

The law imposes criminal fines on local or state law enforcement or public officials for enforcing or assisting federal agencies or officers “in the enforcement of any federal statute, executive order, or federal agency directive that conflicts with the Arkansas Constitution.”

If the current bill doesn't pass, lawmakers are considering correcting language in the measure and modeling it after a similar law passed in Montana.

The last day of the legislative session until later this year is expected to be tomorrow (April 27).

Lawmakers in over a dozen states have introduced similar pieces of legislation this year.

RELATED: Anti-transgender legislation has been introduced in more than 30 states in 2021