Arkansas man trying to get on 2020 US Senate ballot

Dan Whitfield says COVID-19 and state restrictions have prevented him from gathering the required number of signatures to get his name on the ballot. 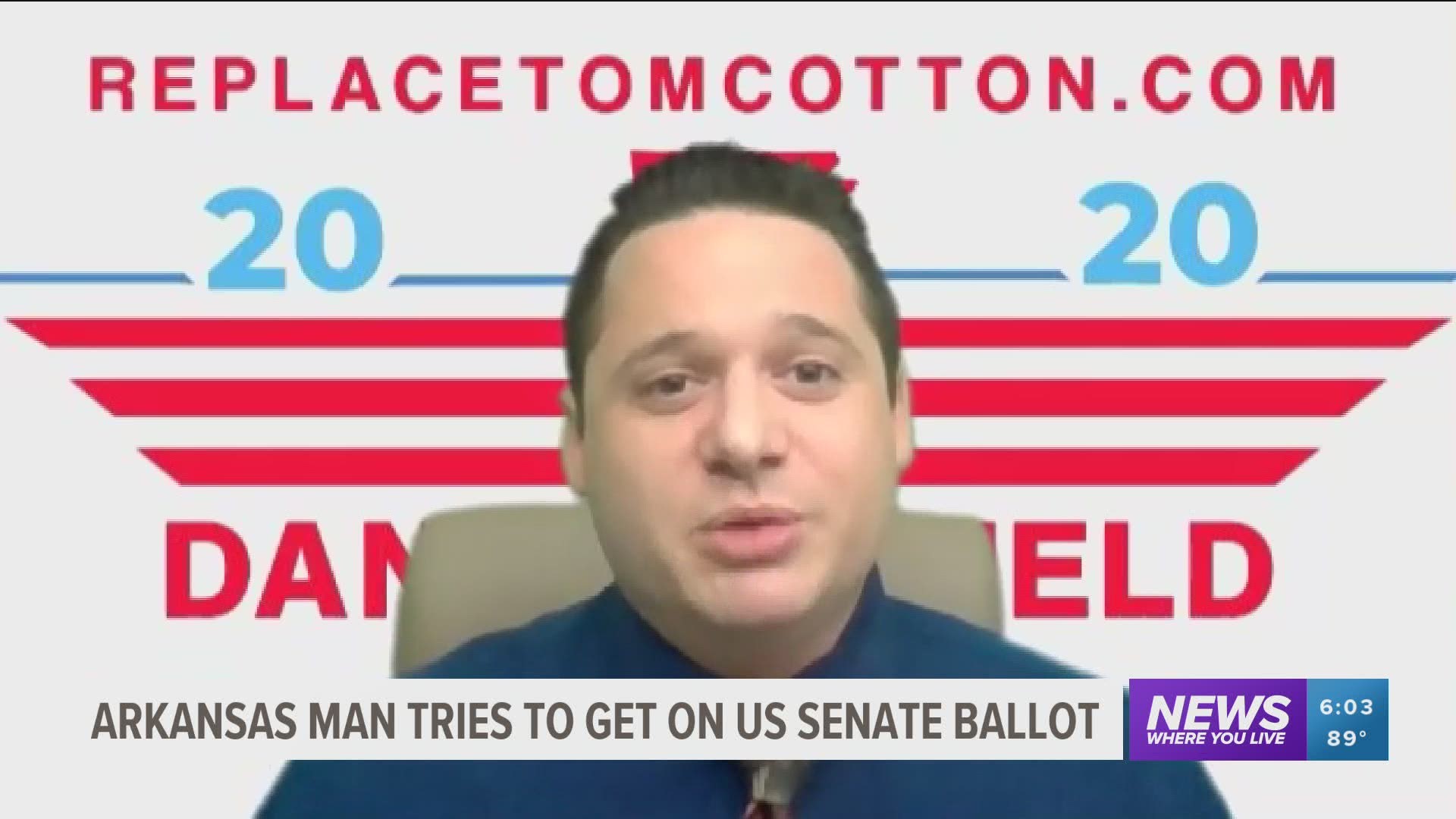 LITTLE ROCK, Ark. — One man's attempt to get on the 2020 ballot to run against US Senator Tom Cotton in Arkansas is getting hung up in the court system.

Dan Whitfield says COVID-19 and state restrictions have prevented him from gathering the required number of signatures to get his name on the ballot.

He's going against the Secretary of the State and the Attorney General to get his name in the running.

“I think we can see that with everything going on around us, COVID-19 has been a severe burden, we even closed schools down during this period,” Whitfield said.

Because Whitfield is running as an independent, he had a 90-day window prior to May 1, 2020, to get 10,000 signatures. He says the coronavirus pandemic and social distancing guidelines hurt his chances of meeting that deadline.

He says he reached out to Governor Asa Hutchinson and Secretary of State John Thurston for some relief, a deadline extension or a collection of online signatures.

Whitfield says Thurston replied but told him there was no authority for that action. He then sued the Secretary of State and is currently in court waiting to hear a final decision.

Thurston says it's his duty to follow the statutes and the laws passed in the Arkansas Legislature.

“I have taken a sworn oath to uphold the law and Constitution and my office will continue to follow the law as written," Thurston said.

Libertarian candidate Harrington Jr. says he supports Whitfield being on the ballot.

"I do believe that it’s good for our democracy to have more choices,” he said.

Despite the legal delays and the quickly approaching election date, Whitfield says he is still ready to be on the ballot.

“We’re going to beat Tom Cotton in November I’m very confident of that and they are too and that’s why they are trying to delay us,” Whitfield said.

Whitfield is currently waiting for a response from Attorney General Leslie Rutledge on an appeal. He says the deadline for the response is Aug. 21 and he expects it will take until then.

5NEWS reached out to Senator Cotton for comment on the lawsuit, but he has yet to return our calls and messages.