In a 61 to 25 vote, SB739, which exempts the COVID-19 vaccine requirement, passed in both the House and Senate and heads to the governor’s desk. 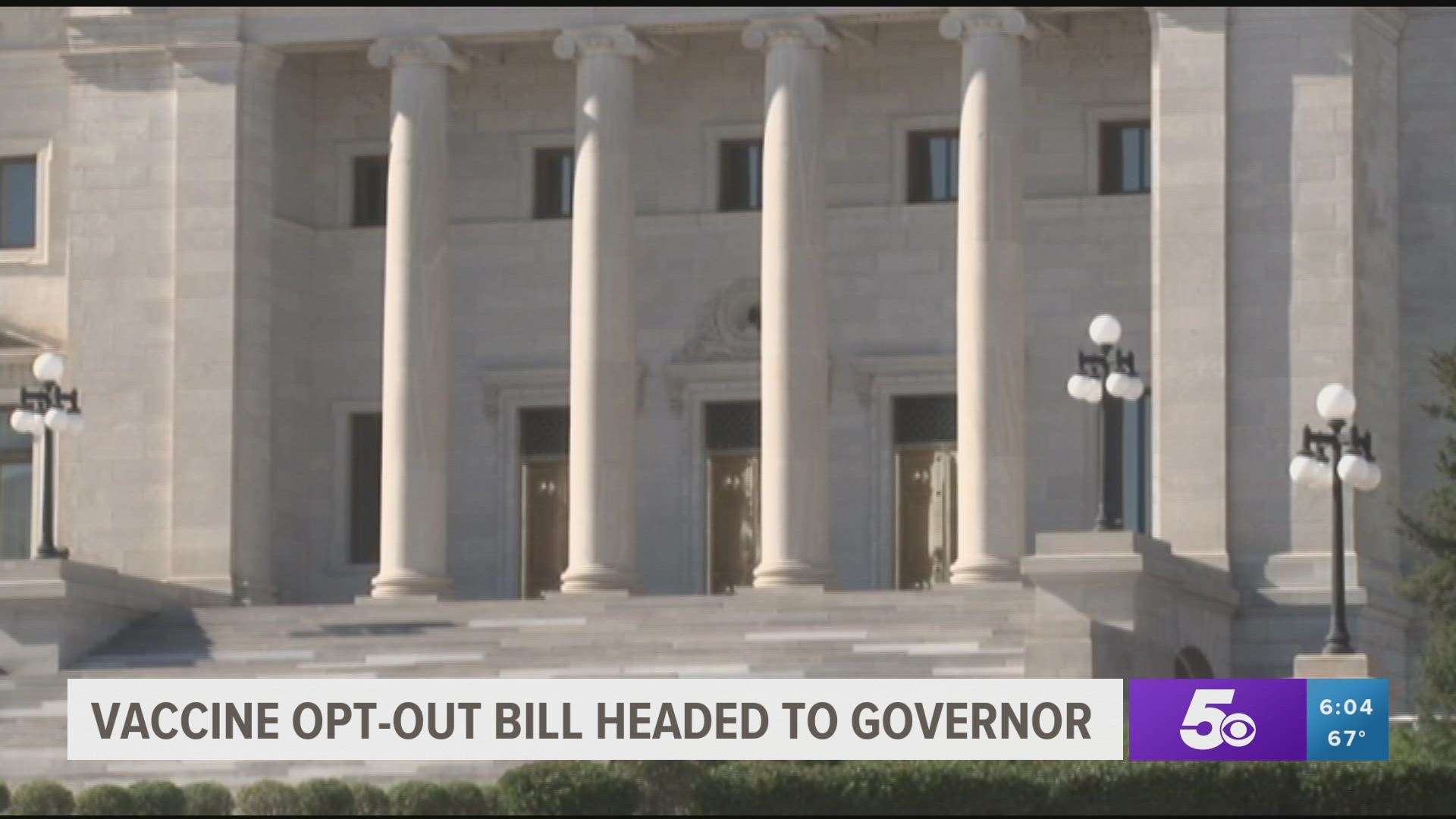 LITTLE ROCK, Ark. — Arkansas lawmakers have given final approval to legislation requiring employers to let their workers opt out of getting the COVID-19 vaccine.

The Senate approved the legislation on Wednesday, Oct. 6, despite opposition from Governor Asa Hutchinson, business groups and hospitals.

Senate Bill 739 would allow Arkansans to show proof of a negative COVID-19 test weekly or prove to their employers that they have antibodies to fight the virus.

The bill is among several attempts to limit or prohibit vaccine requirements that have dominated the Legislature's attention during a session intended to focus on congressional redistricting.

The vote came about 30 minutes after the governor’s news conference and in a final 61 to 25 vote, the legislation passed in both the Arkansas House of Representatives and Senate.

It is still uncertain whether the bill will take effect immediately or early next year if it's enacted. The bill is now headed to Gov. Hutchinson’s desk. He has five days, not counting Sunday, to sign or veto the bill before it becomes law.

During a press conference on Wednesday, Gov. Hutchinson expressed reservations about the bills.

"I don't believe in a federal mandate on vaccination," the governor said. "But I also don't believe in state mandates as well on employers and defining the employer-employee relationship and what employers can and cannot do in terms of the public health."

Gov. Hutchinson went on to say he worries about the burden the unemployment bill will put on employers.

The governor said he plans on talking with the Federal Department of Labor, which is expected to issue its own guidelines based upon President Biden's COVID vaccine mandate.