The move comes as Arkansas has the nation's highest COVID-19 rate. 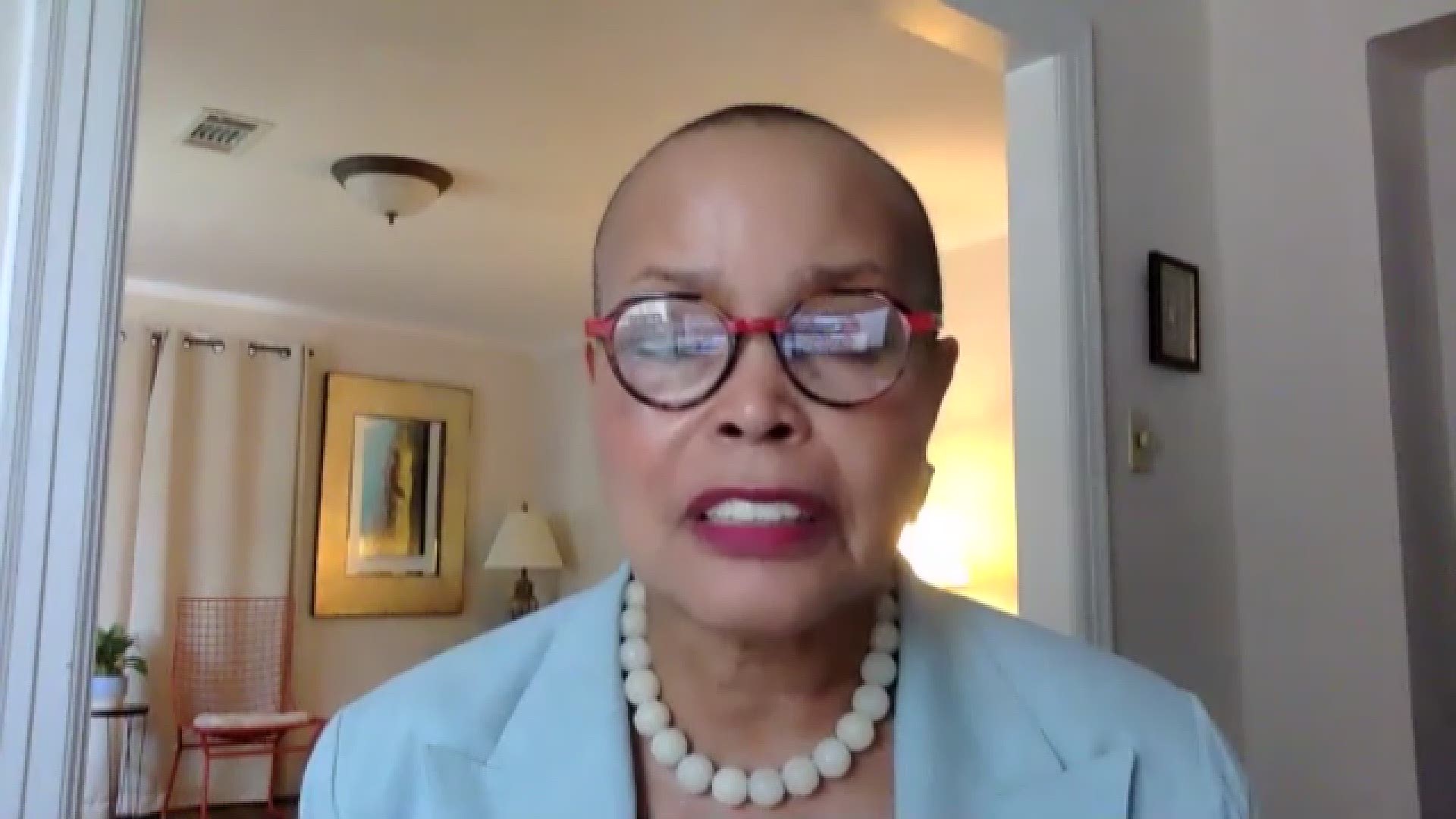 LITTLE ROCK, Ark. — Several Democratic lawmakers in Arkansas are calling for the majority-Republican Legislature to lift the state’s ban on schools and government entities requiring people to wear masks.

In a letter Thursday, the lawmakers from Little Rock and surrounding Pulaski County asked Republican Gov. Asa Hutchinson to call a special session or for GOP legislative leaders to reconvene the House and Senate to take up the repeal.

📣 “We ask you to join us in support of an immediate call for a special session of the General Assembly…to lift the ban on mask mandates in a manner that respects the will of the legislature, the health of our people, and the importance of locally informed responses.” #arpx pic.twitter.com/pjKFliJo3s

“This state is hurting and just the thought of kids going back to school who can’t be vaccinated,” Senator Joyce Elliott said.

The law banning mask mandates takes effect on Tuesday (July 27), and when kids go back to school in less than a month, schools won’t be able to require masks, and these 12 legislators want that to change for kids’ safety. Senator Joyce Elliott, who represents Little Rock, was one of the 12 Democrats who signed the letter.

Republican Senator Trent Garner represents El Dorado and authored the bill. He says the government should not mandate masks. He says this letter is another example of democrats overreacting to the situation.

“They’ve used this pandemic from the start to gain more power and control over the people of Arkansas. The reality is the democrat’s ideas for the last year, and a half failed and what they should do is allow people to make their own personal medical choices and get your big government mandate away from the people,” he said.

Senator Garner says parents can choose to send their kids back to school with masks because they know what’s best for their family.

“It’s everybody’s personal choice. I’ve heard from 10 times as many parents who do not want to have to send their kids back with a mask or want the option to do it as the conditions on the ground change. The people of Arkansas are smarter than the Arkansas democrats in the general assembly. They know what’s best for them and their family,” he said.

Senator Elliott says that since children under 12are  unable to get the vaccine, we jeopardize putting our kids’ futures at risk.

Here is what Governor Asa Hutchinson released the following statement.

“Right now, my focus is getting more people vaccinated in Arkansas. The best tool to fight the Delta variant and have a safe school year is to increase the vaccination rate in the state. I have not had any local school leaders reach out regarding an amendment to the law prohibiting mask mandates,” he said.