The measure bans all abortions except those to protect the life of the mother. 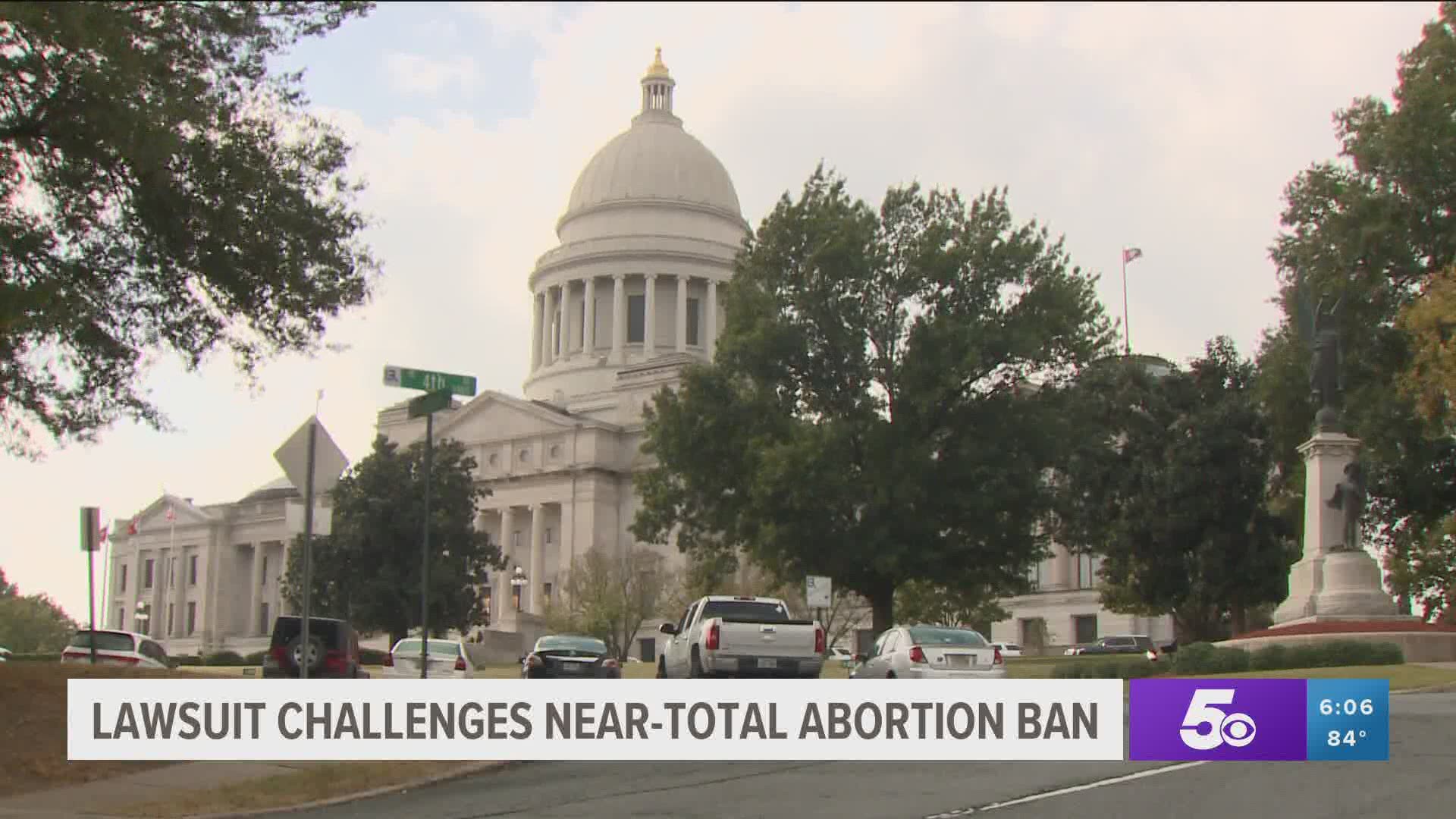 The American Civil Liberties Union and Planned Parenthood on Wednesday asked a federal judge to strike down the new law, which takes effect July 28.

The measure bans all abortions except those to protect the life of the mother.

“This law clearly violates the Constitution and nearly five decades of binding Supreme Court precedent that protects the right to access abortion. Arkansas’ anti-abortion politicians know that Roe v. Wade is still the law of the land, but they passed this abortion ban anyway, which triggers a direct challenge to Roe,” said Meagan Burrows, staff attorney at the ACLU Reproductive Freedom Project. “We are not going to stand by while Arkansas attempts to deny people their constitutional right to abortion care. Abortion remains legal in all 50 states, and we’ll see the state of Arkansas in court to make sure it stays that way.”

The ban is part of an effort by conservatives to force the U.S. Supreme Court to review is 1973 decision legalizing abortion nationwide.

“During what’s been the worst state legislative session for proposed abortion restrictions since Roe was decided, Planned Parenthood stands ready to fight back against unconstitutional laws that are designed to strip people’s access to essential health care,” said Alexis McGill Johnson, president and CEO, Planned Parenthood Federation of America. “We will never stop working to protect our patients’ access to care — including abortion — in Arkansas and across the country. Our patients deserve better from their lawmakers, who are wasting time passing harmful, cruel laws. Arkansas, we’ll see you in court.”

Gov. Asa Hutchinson signed the ban despite concerns about its constitutionality and its lack of rape and incest exceptions.