Gov. Asa Hutchinson planned to deliver his State of the State address to the Legislature on Tuesday. 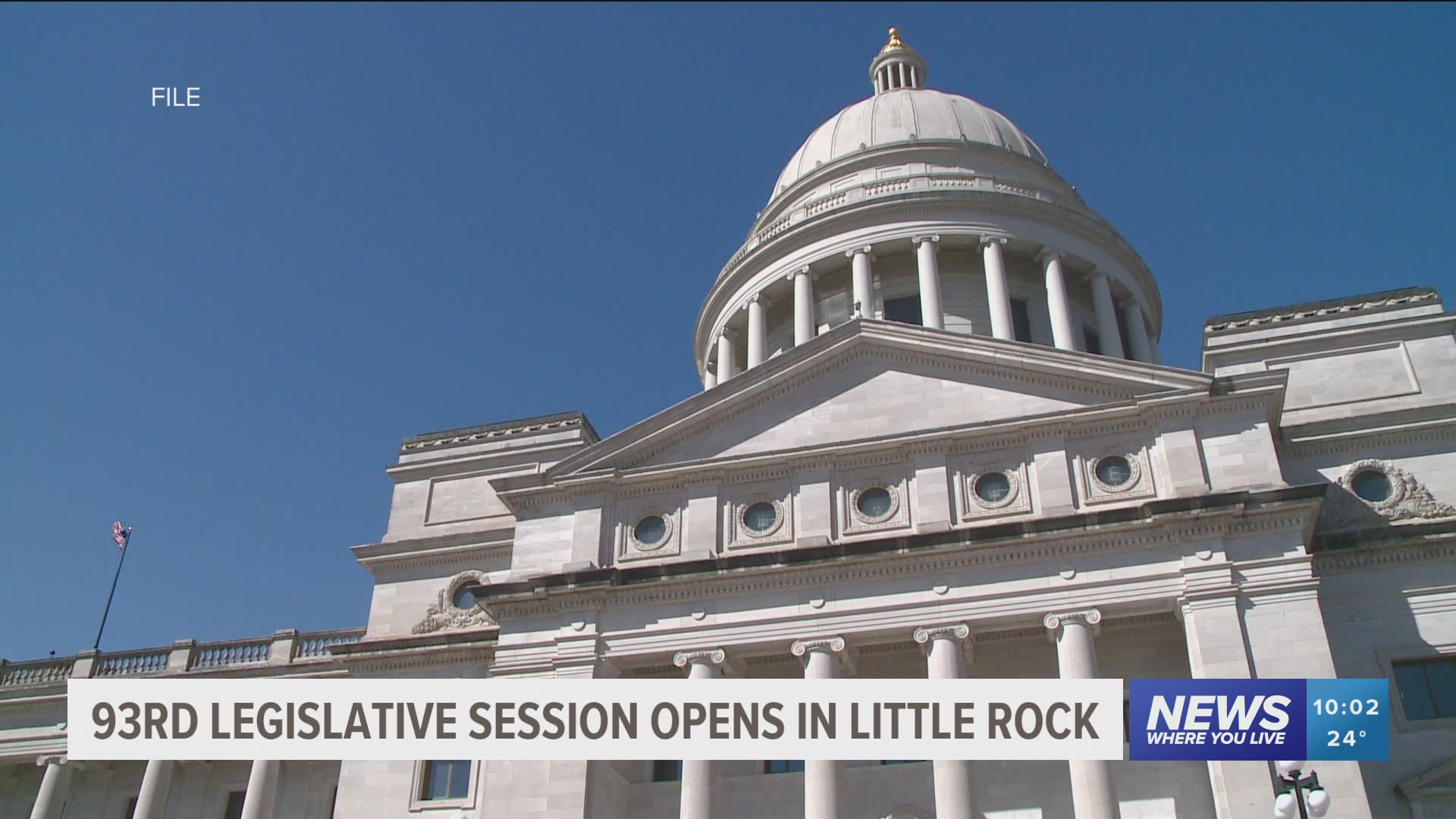 LITTLE ROCK, Ark. — The Arkansas Legislature has begun a session in the middle of a coronavirus pandemic that has prompted new safety measures and an effort by some Republicans to scale back the governor's emergency powers.

The House and Senate convened on Monday (Jan. 11) for the 93rd General Assembly.

Both chambers featured new safety measures that include plexiglass partitions between members.

“This is one of the most unique legislative sessions we will ever experience,” said Roby Brock with Talk Business & Politics.

With the first day of this legislative session in the books, Brock says the ever-present pandemic and pressing social issues of 2020 will be largely represented on the session's docket with masks.

Brock expects several big topics to gain attention this session, including more anti-abortion laws, enforcing the stand your ground rule in the state, and in a year of economic uncertainty, more tax cuts.

Another high-interest topic is the push for hate crime legislation and the push back.

“The hate crime legislation is going to be a huge issue in this session, the governor is going to pushing for it, there is a lot of resistance from some ultra-conservative legislators,” Brock said.

This legislation is something Gov. Asa Hutchinson vocalized his support for last week.

“We are not going to tolerate that kind of violence in Arkansas,” the governor said.

Police reform and increases in pay for teachers across the state are also topics on the table.

Brock says once the Census report comes out, re-districting of all the legislative seats will also take place this session as it does every decade.

Gov. Hutchinson planned to deliver his State of the State address to the Legislature on Tuesday.

More than 4,000 people in Arkansas have died from COVID-19, and Arkansas has had one of the biggest outbreaks in a state legislature.