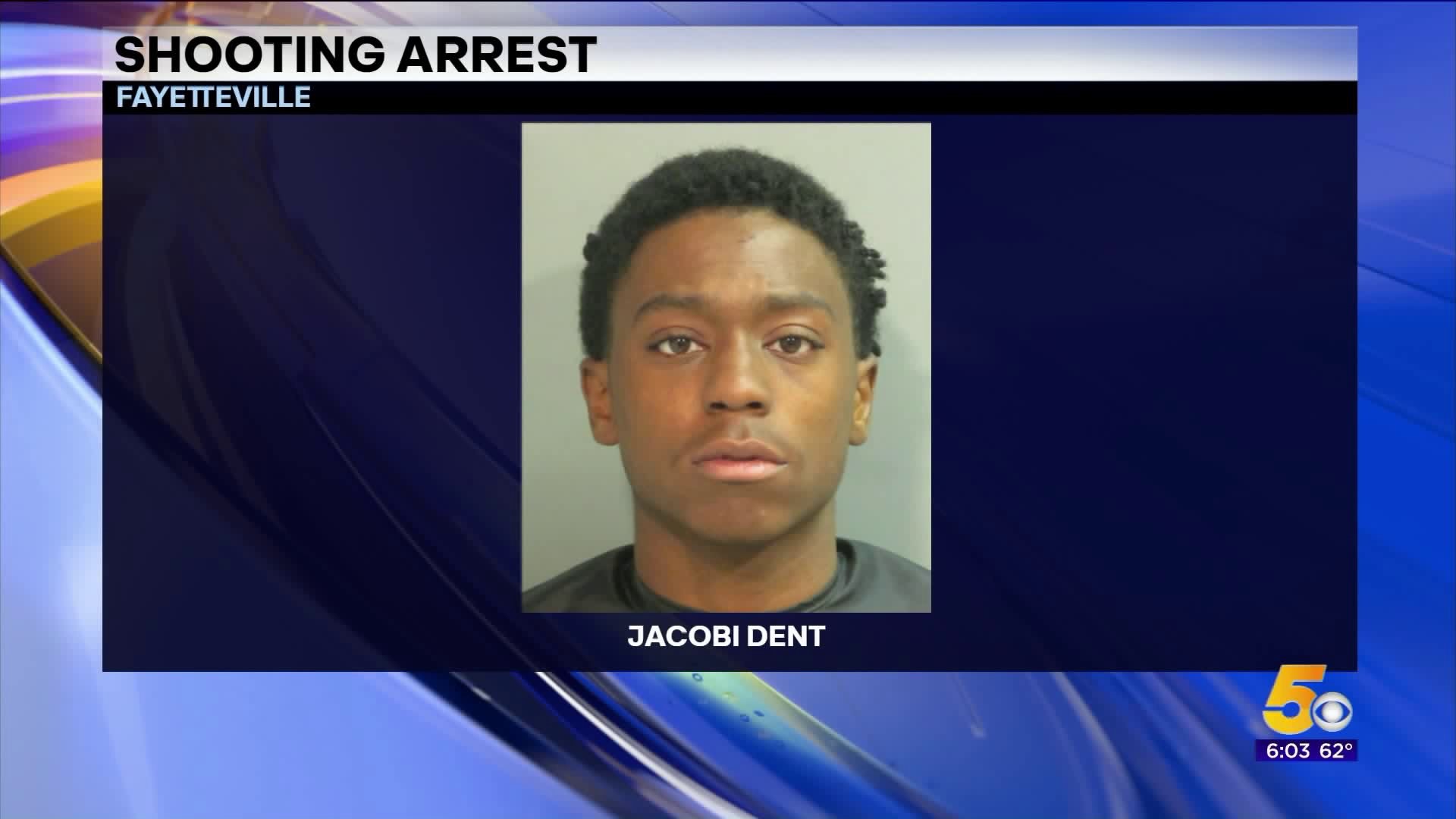 According to Sgt. Murphy with Fayetteville Police, around 10:45 a.m. units responded to an address on Betty Jo Drive about a shooting.

The parties in the shooting knew each other, according to Murphy.

According to an arrest report, two of the victims attempted to purchase marijuana from a home off Betty Jo and Wedington Drive.

As the two retrieved $250 for the purchase, Jacobi "Ty" Dent pulled a gun and demanded they give him the money. During the altercation, one round was fired and struck the couch and traveled through the wall into the neighboring apartment striking the neighbor's couch. No injuries have been reported at this time.

Murphy says the suspect(s) left the scene before officers arrived.

As detectives processed the crime scene, they received a call saying one of the suspects fled to another apartment in the area. Upon searching that apartment that belonged to a mother and her 14-year-old daughter, officers found Dent with $95 and six grams of marijuana hiding in the girl's closet.

The daughter admitted to letting Dent inside to hide.

In the closet, officers found a loaded Ruger LCP .380 and a box of ammunition. The arrest report states that the ammunition in the firearm matched the spent casing recovered from the scene of the robbery.

Dent also told detectives that he was holding the firearm when it was discharged.

According to the arrest report, the gun was confirmed to be stolen out of White County, Arkansas. Dent was transported to the Washington County Detention Center and charged with Aggravated Robbery, Terroristic Act, Theft of Property and Theft by Receiving.