UPDATE: Carlos Casillas was arrested Monday (Nov. 4). He is facing several charges, including endangering the welfare of a minor, battery, fleeing, leaving the ... 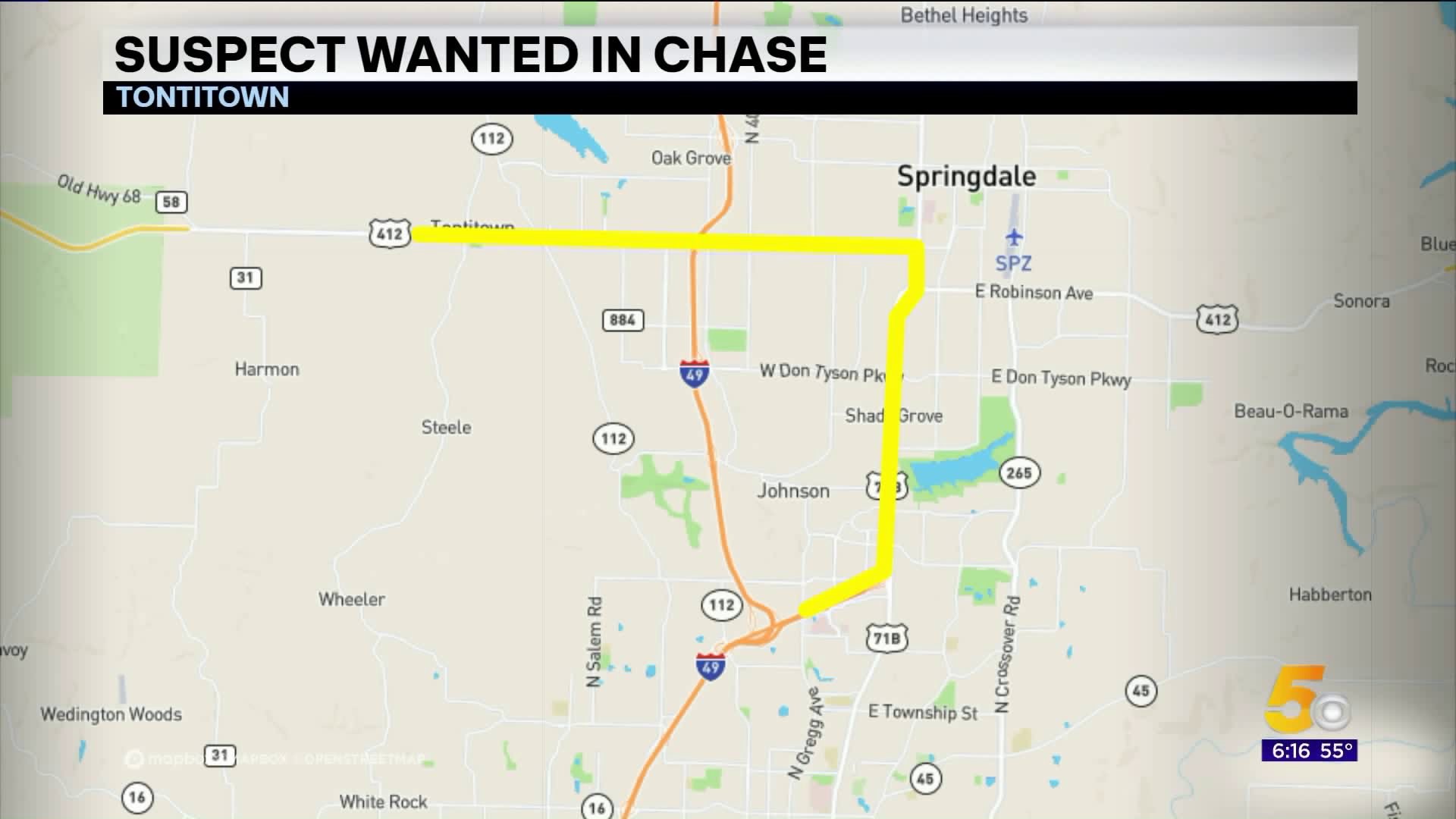 UPDATE: Carlos Casillas was arrested Monday (Nov. 4). He is facing several charges, including endangering the welfare of a minor, battery, fleeing, leaving the scene of an accident and reckless driving.

Tontitown police were able to locate the vehicles and witnessed what seemed to be road rage between the two drivers.

Police said they witnessed at least one of the drivers trying to hit the other and run it off the road.

The officer tried to pull over the driver of a black equinox but that driver took off and lead police on a high-speed chase.

Speeds reached in excess of 120mph.

The chase started on Highway 412, went into Springdale down Highway 71 and ended at the Gregg Street exit where the driver of the equinox crashed.

Police said the driver of the vehicle Carlos Casillas ran away on foot.

Five others inside of the vehicle stayed behind. Two of the passengers were taken to a local hospital and treated for minor injuries.

None of the passengers face criminal charges at this time.

Tontitown Police are now looking for the driver 20-year-old Carlos Casillas. Police say he does have previous warrants out for his arrest.

Police have not released information on the other vehicle or driver involved in the possible road rage incident.