Pocola Family Seeking Answers After Their Dog Is Brutally Attacked

Warning: Some viewers may find photos in this article disturbing. POCOLA, Okla. (KFSM) — A Pocola family says they’re heartbroken after their schnauzer wa...

Warning: Some viewers may find photos in this article disturbing. 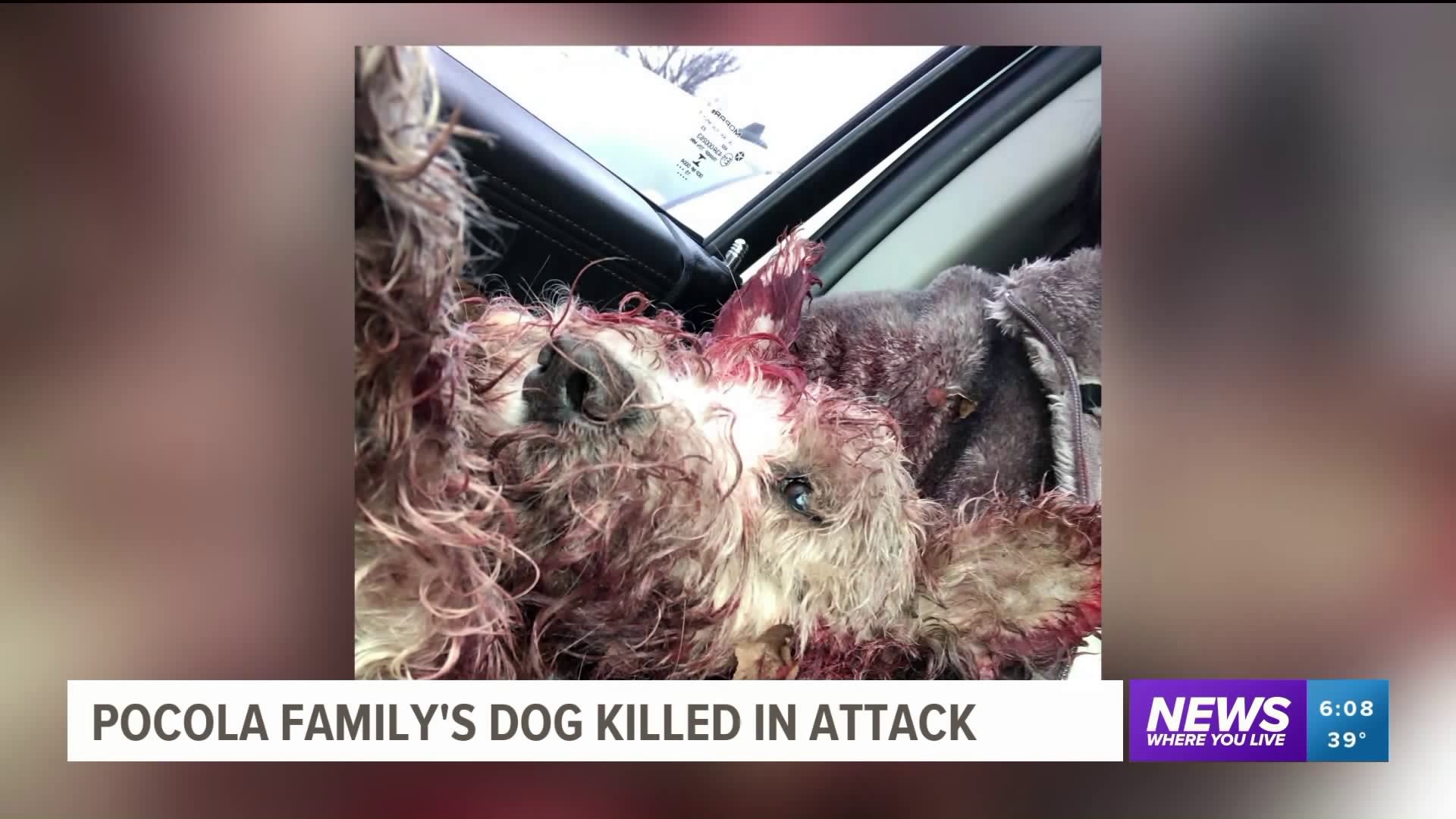 POCOLA, Okla. (KFSM) — A Pocola family says they're heartbroken after their schnauzer was allegedly shot, attacked and killed in their own backyard.

The family rushed the dog to the vet, but it was too late.

"He wasn't even white anymore; he was brown and bloody. I was terrified because I knew for a fact that he wasn't there a few minutes earlier," said Tiffany Marowski.

On Monday (Feb. 10), Marowski let her white schnauzer, BamBam, outside to go to the bathroom. When he wasn't at the door 10 minutes later, she went to look for him.

That's when she saw him lying on the ground, unable to move. She rushed him to the vet where they told her the cut across BamBam's neck appeared to have been done by a dull knife.

Pocola Family Seeking Answers After Their Dog Is Brutally Attacked

"It was a pretty clean-cut, but from the consistency, he couldn't confirm that, but the cut was not constant with any sort of animal attack," Marowski said.

The family says that the X-rays show two pellets were shot into BamBam.

"We've had trouble in that area with people, we've had troubles with animals running at large," Roeder said. "So, that's what I'm going to continue working on to see if I can come up with anything else that happened."

Marowski says the vet did everything they could, but BamBam's body couldn't take the trauma, and he passed away.

Now the Marowski family says they're fearful that someone living near them could be capable of this kind of act.

"Anyone who could do that to such a small innocent little dog, I don't even know how deep their darkness is, and that is not comfortable for living in a community," Marowski said.

The family is now paying medical bills from the hours the veterinarian spent trying to save BamBam. A GoFundMe account has been set up to help the family during this difficult time.