The decision to vote on the name change was tabled until Aug. 24 to give community members time to voice their opinions on the matter. 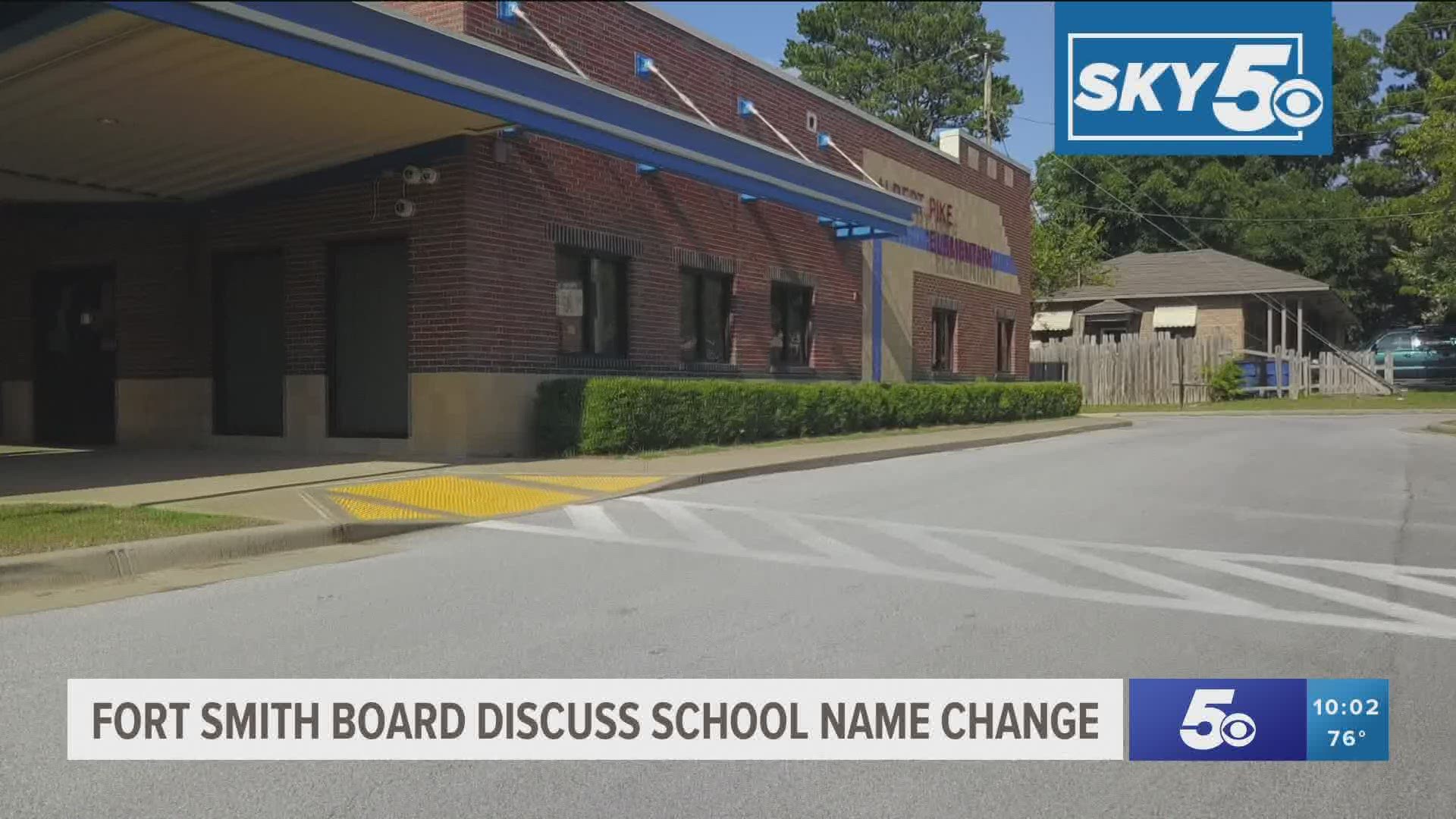 FORT SMITH, Ark. — A new conversation around a confederate general and where his name is located. Pike Elementary School in Fort Smith is named after Albert Pike.

Pike led the Confederacy during the Civil War and made some racially dividing comments after the war.

The Fort Smith school district will meet tomorrow night to discuss the name of Pike Elementary and what it stands for.

People in Fort Smith differ over whether it represents history or oppression.

“We give a lot of concessions to people who have done bad things who believe things that we as a society should move away from,” said Jessica Taylor.

One of the topics for Monday night’s Fort Smith school board meeting is about addressing a potential name change for Pike Elementary.

Albert Pike was a confederate military leader and was a part of the battle at Pea Ridge, one of the most pivotal of civil war battles for the confederates in Arkansas, according to the book Arkansas: A Narrative History.

Pike is also known for his past writings about black suffrage.

Walter Lee Brown’s book, A Life of Albert Pike says he was in favor of the white race alone governing the country.

Pike Elementary School was founded in the 1950s.

Jessica Taylor has lived in Arkansas since she was 10 and says the historic significance of the opening of the school and its name, makes it clear that it should be renamed.

“Segregation was still going on at that time so it still seems like it might be prudent to change the name,” said Jessica Taylor.

“How far would you take it or you going to tie everybody’s lineage back to the civil war and find out who’s confederate and who’s union and persecute everybody,” said Charles Bentley

Albert Pike has his name around Fort Smith and Van Buren from street signs to historical landmarks.

Bentley says it's not time for these things to disappear.

“Everybody’s mad at inanimate objects like I said it’s all history good and bad it’s there for us to learn from,” Bentley said.

The decision to vote on the name change was tabled until Aug. 24 to give community members time to voice their opinions on the matter.