FAYETTEVILLE, Ark. (KFSM) — A processional and funeral service are being held Thursday (Dec. 12) to honor the life of fallen Fayetteville Officer Stephen Carr. ... 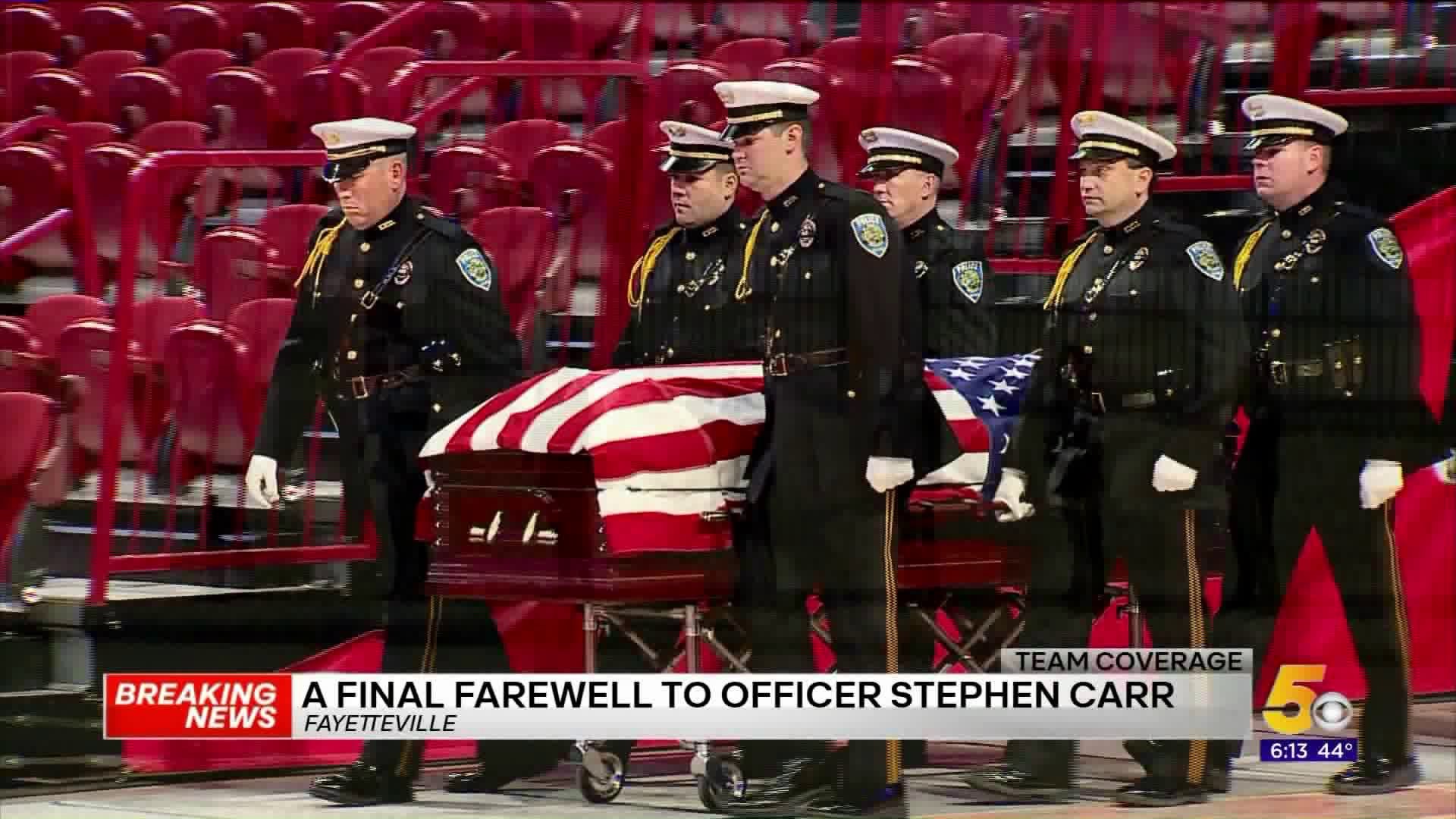 FAYETTEVILLE, Ark. (KFSM) — A processional and funeral service are being held Thursday (Dec. 12) to honor the life of fallen Fayetteville Officer Stephen Carr.

Carr was killed in his patrol car outside the Fayetteville Police Department on Saturday (Dec. 7) night.

The funeral service is being held at Bud Walton Arena in Fayetteville at 1 p.m.

A procession of officers is escorting Officer Carr from North Crossover Road to Bud Walton Arena at 11 a.m. before the funeral service begins at 1 p.m.

The procession will start south on North Crossover Road before traveling west on Huntsville road, then south on Happy Hollow Road before going west on 15th Street. The final leg goes north on Razorback Road.

The Fayetteville Police Department encourages everyone in the community to line the streets along the route in support of Officer Carr and his family.

Funeral speakers in order include:

Area fire departments are stepping up to help the Fayetteville Fire Department as they honor Officer Carr today.

The Rogers, Springdale, Nob Hill and Wedington Fire Departments are standing by at the Fayetteville Fire Department while they attend the service of Officer Carr.