FAYETTEVILLE, Ark. (KFSM) — An Arizona attorney accused in a sprawling adoption scheme targeting Marshallese women has pleaded not guilty to a slew of charges, ... 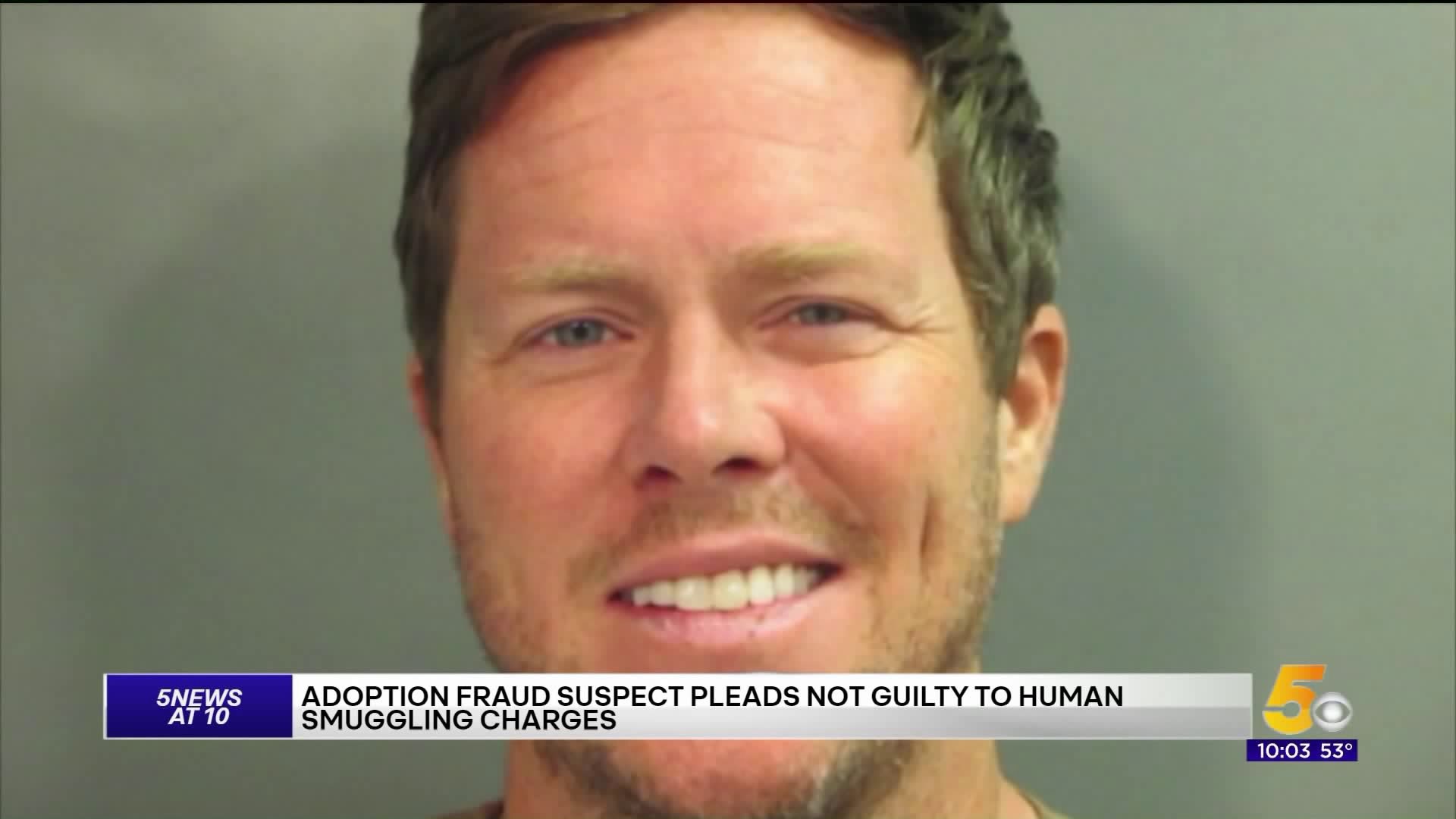 FAYETTEVILLE, Ark. (KFSM) — An Arizona attorney accused in a sprawling adoption scheme targeting Marshallese women has pleaded not guilty to a slew of charges, including human smuggling and money laundering.

Petersen was indicted Aug. 16 in U.S. District Court in Fayetteville on 19 felony offenses, including aiding in the trafficking of humans for financial gain and wire fraud, according to federal authorities.

He is free on a $100,000 bond and will be allowed to return to Arizona, where he must wear an ankle monitor. He is also barred from practicing law.

His trial is set for Dec. 9 in Fayetteville.

A licensed attorney in Arizona, Arkansas, and Utah, Petersen is accused of paying Marshallese women to travel to the U.S. and place their babies up for adoption.

Prosecutors allege Petersen, 44, also employed Maki Takehisa to help convince the women to travel to the U.S. by promising to pay them $10,000.

Takehisa pleaded not guilty earlier this month to aiding and abetting charges related to human smuggling. Her trial is set for December.

Several women said Takehisa paid them in cash -- often less than $10,000 -- and paid for their travel as well.

Prior to his arrest, Petersen was serving as the Assessor for Maricopa County, Ariz, an elected position.

The governing board in Arizona's most populous county suspended the elected official for up to 120 days, accused of running a human smuggling scheme involving pregnant women from the Marshall Islands brought to the U.S. to give birth for adoptions.

Board members lack the authority to permanently remove Petersen from his office that determines the value of properties for tax purposes in Phoenix and its suburbs, the AP reported.

The U.S. attorney’s office for the Western District of Arkansas set up an email address for victims affected by Petersen’s alleged scheme. the identity of involved parties and information received will be strictly confidential.