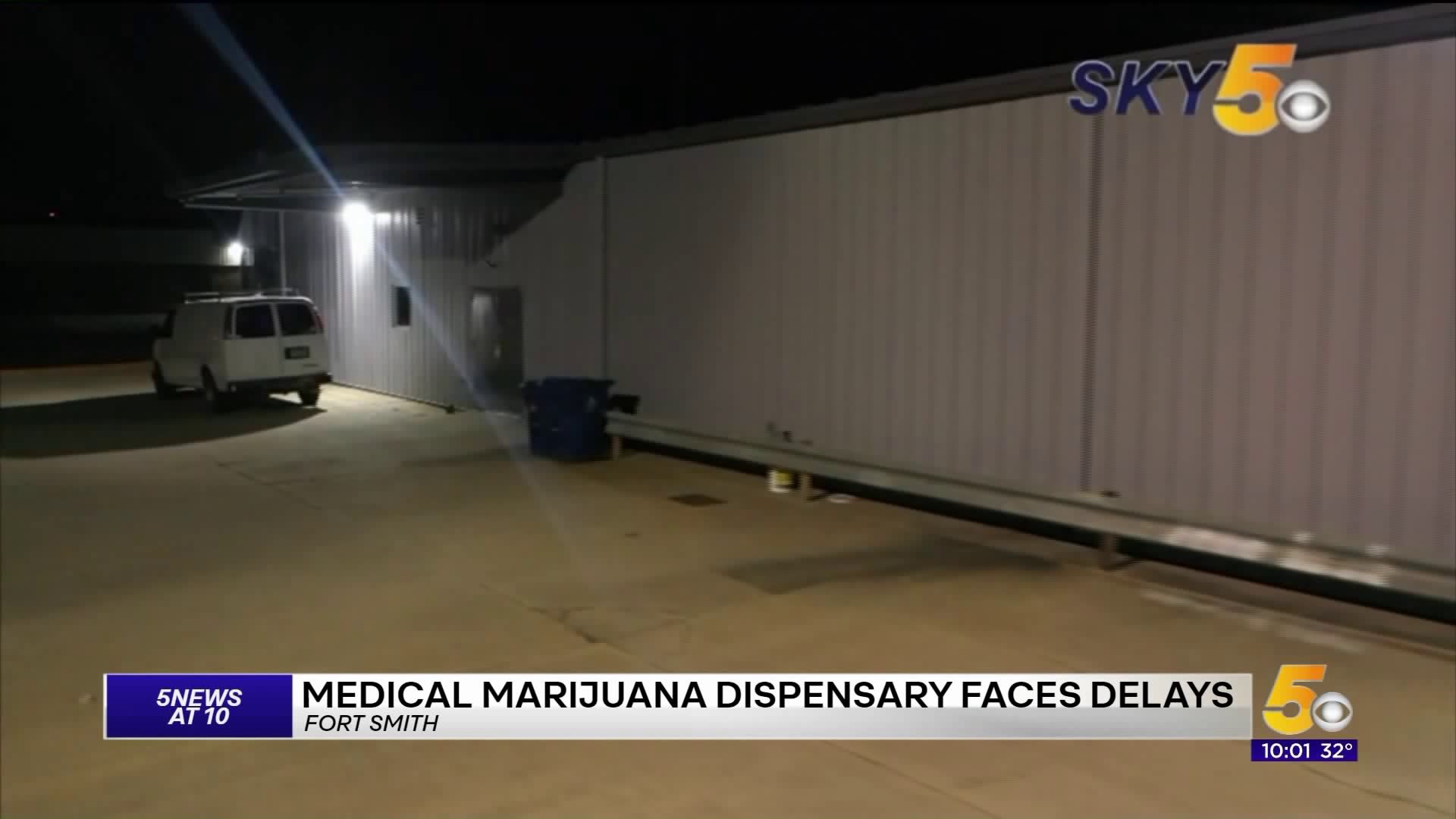 Fort Cannabis General Manager Jordan Mooney told 5NEWS they are looking forward to serving the people of the River Valley, and are working hard to open as soon as they can.

Recently, Arkansas officials say they may consider revoking medical marijuana licenses for dispensaries that aren't open by June 2020. They say licenses may not be reissued when they are up for renewal in June.

As of now, there are 32 dispensaries in the state, 11 are operating and 21 have yet to open.

Mooney says he can not give a set date and apologizes to the public for not opening sooner.

Scott Hardin, a spokesperson for the Alcoholic Beverage Control (ABC) Board, says as of today, the ABC has not received a request from Fort Cannabis for a final inspection.

"Earlier in November, they said they'd hope to be open. Again, it was an early December time frame, and we have not received a formal update since then. But as soon as we are alerted they are open for inspection, we will alert everyone. Patients, media in the area because we know there's so much interest," Hardin said.

Once Fort Cannabis passes an inspection, they will make the announcement on their website, Mooney said.

Hardin says that Northwest Arkansas is leading the state in the medical marijuana industry at this moment.