Parrot Island Water Park in Fort Smith is back open but the restriction on large gatherings means limited capacity at the park. 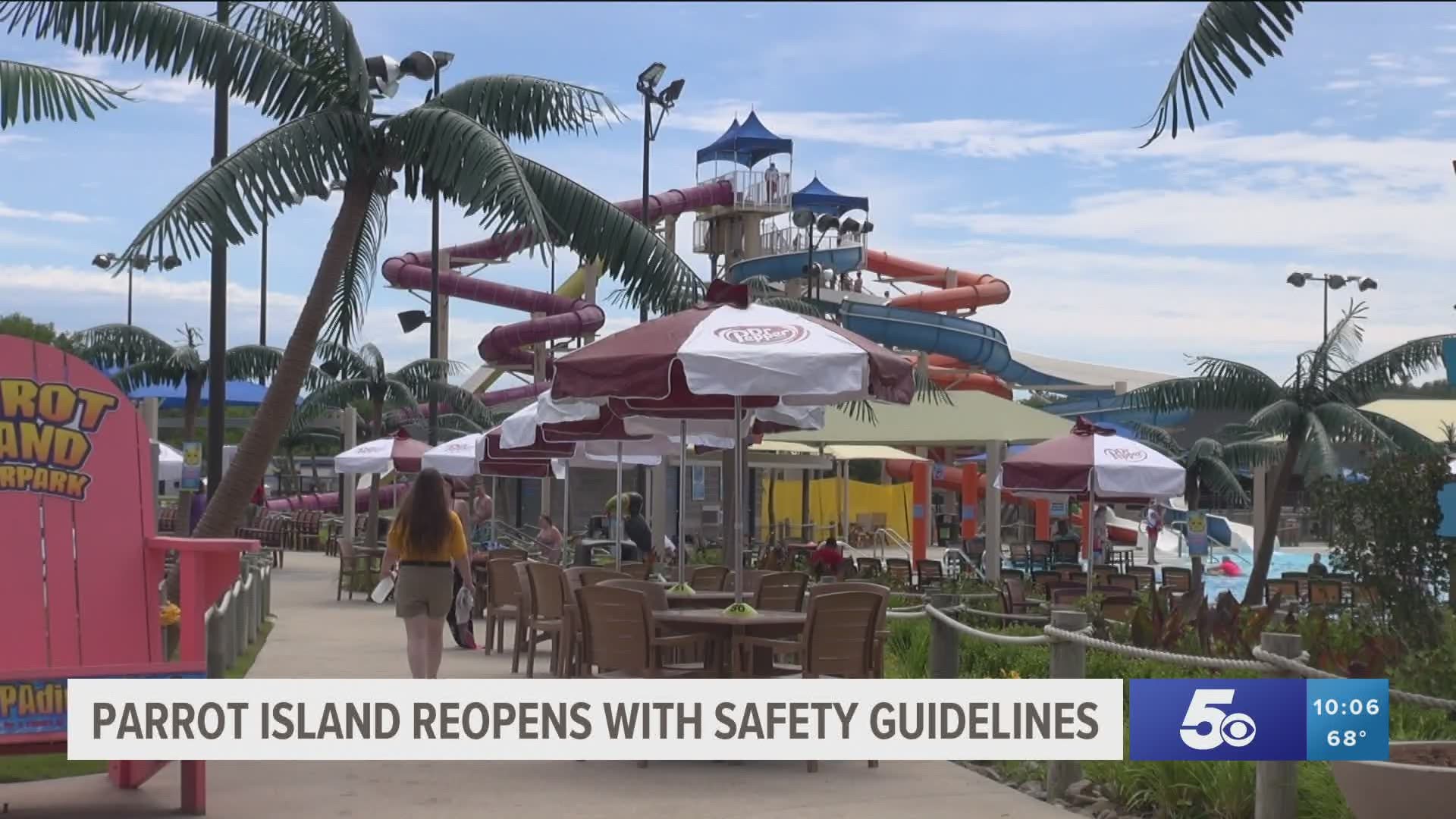 FORT SMITH, Ark. — Parrot Island Water Park in Fort Smith is back open but the restriction on large gatherings means limited capacity at the park.

Parrot Island Water Park opened back up in time for Memorial Day weekend and it was a busy one.

"The water is still a little cold but she don’t care and my little boy don’t care" said Neil Justin.

The park is only holding 33 percent capacity which some customers say is a good change compared to normal.

"Its kind of calmer with not as many people in there, things aren't as hectic and they've spread out the chairs, the kids are staying away from each other and enjoying the water" said Denise Kaestner.

Lifeguards have gone through extra training getting ready to enforce social distancing guidelines.

"They have several dots down where you have to stay 6 feet apart in lines and stuff, but I’ve noticed they're doing lots of sanitizing and there’s limited people" said Justin.

Upon arrival, customers are asked to wait in their vehicle until they receive a text message from the park saying it's their turn to come in.

"It was a little confusing at first for me because I don’t use the phone too well but they sent the text on time, they were really curious and got everything taken care of" said Richard Kaestner.

Customers are happy to be returning to a bit of normalcy this Memorial Day weekend.

"With everything going on right now it’s nice to be able to get out and do something, I feel safe out here in the outdoors" said Justin.

Parrot Island staff are also sanitizing every inner tube after they come into contact with a person.