Over Two Dozen Cases Of Mumps Reported At The UA

FAYETTEVILLE, Ark. (KFSM) — The Arkansas Department of Health has confirmed that over two dozen cases of the mumps have been reported at the University of Arkan... 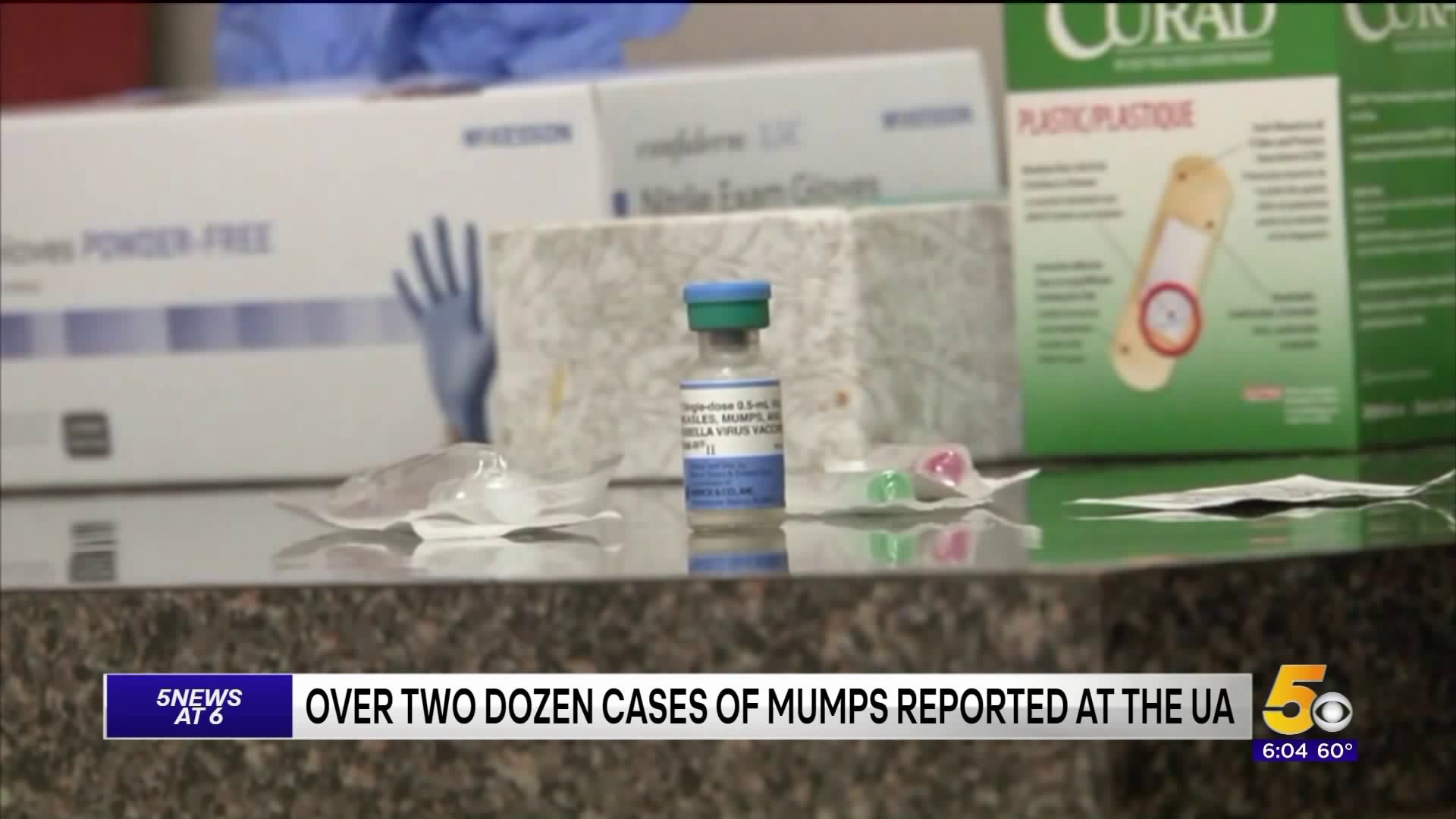 FAYETTEVILLE, Ark. (KFSM) — The Arkansas Department of Health has confirmed that over two dozen cases of the mumps have been reported at the University of Arkansas.

According to ADH spokesperson Danyelle McNeill, 26 cases of mumps have been reported since September of 2019.

McNeill says three cases were reported in September, three in October and 20 cases in November.

In November, a report from the ADH said students that have never received an MMR vaccine needed to be excluded from class and university activities for at least 26 days.

However, they could return to class immediately once they receive a dose of the MMR vaccine. They had to obtain a second dose of MMR vaccine 29 days after the first dose.

According to Zac Brown with the University of Arkansas' Health Center, the public health directive is still in effect for those students who are under-vaccinated or with no vaccinations.

Brown says out of the original 407 students who fall into that category, around half have updated their immunization status and have returned to class.

"I will say that the overall response and support from the entire campus has been positive," Brown said. "Any time we have a public health concern — especially respiratory illnesses like the flu and cold — our students, faculty and staff make practicing effective respiratory hygiene a priority. And as long as everyone continues to wash their hands, cover their mouths when the cough/sneeze, disinfect surfaces and not share food/drinks, we can help stop the spread of viruses and keep campus safe and healthy."

It's unknown at this time whether or not those affected were vaccinated.

Below are the recommended doses of the MMR vaccine, according to the Arkansas Department of Health:

• Your children age 7 through 18 years need two doses of MMR vaccine if they have not received it
already. The second dose should be given a minimum of 28 days after the first dose.

• If you are an adult born in 1957 or later and you have not had the MMR vaccine already, you need
at least one dose. If you live in a household with many people or if you travel internationally, you
need a second dose of MMR vaccine. The second dose should be given a minimum of 28 days after
the first dose.

• Adults born before 1957 are considered to be immune to mumps and do not need to get the MMR
vaccine.