Out of state travelers can no longer stay in commercial lodging

The Governor took this hard step in the direction of limiting social movement in Arkansas with his announcement of executive order 2013. 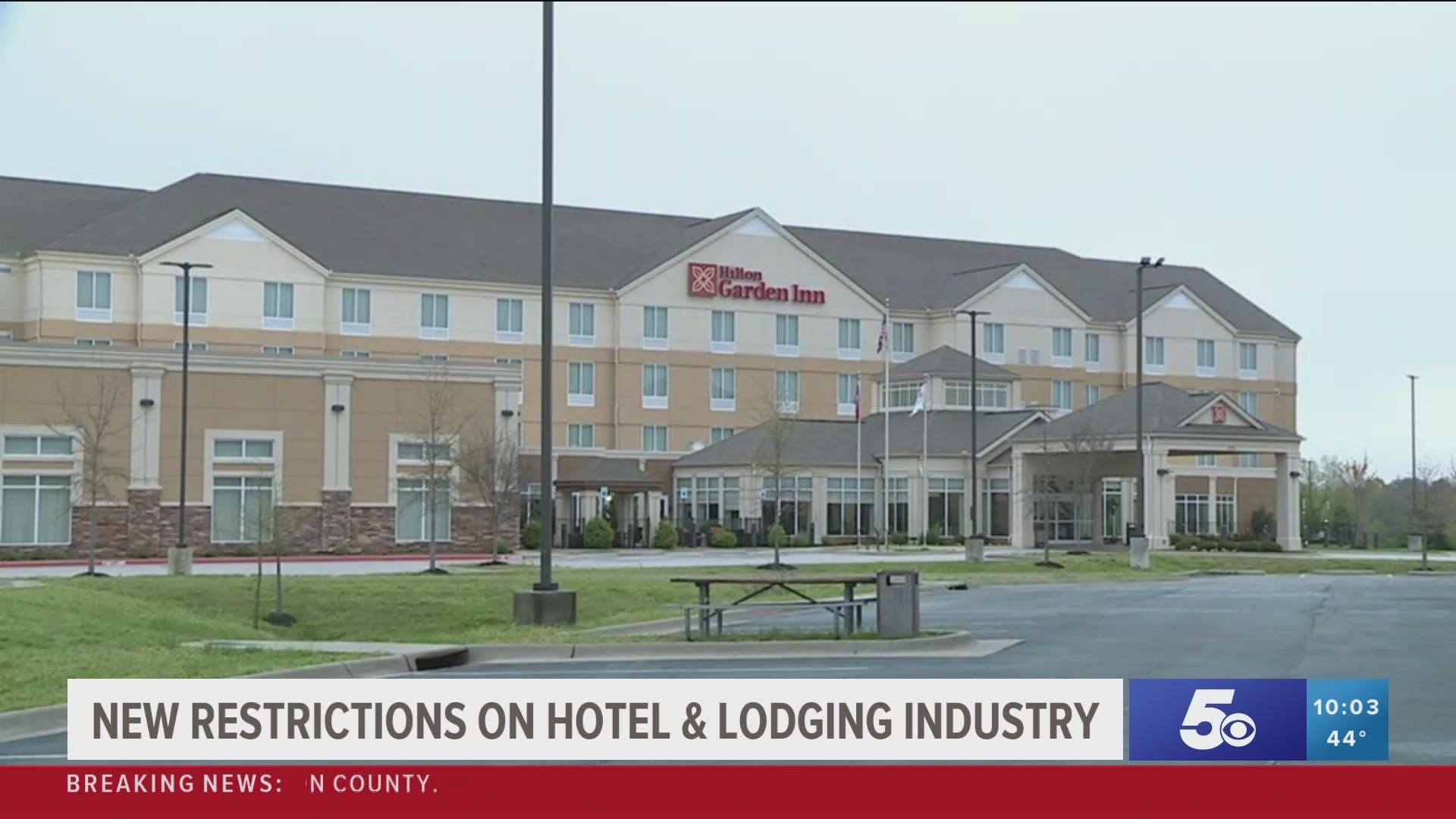 The Governor took this hard step in the direction of limiting social movement in Arkansas with his announcement of executive order 2013.

People looking to visit the natural state for recreational purposes can no longer stay at a hotel, motel, or short term rental property.

“Directing our travel industry, motels, and hotels not to issue occupancy to out of state recreational travelers,” said Governor Hutchinson.

To further limit the risk for Arkansans of contracting COVID-19, Governor Hutchinson says he is prohibiting folks from outside of Arkansas from staying at commercial lodging sites like hotels and motels for recreational purposes.

“Where they go to a park or the recreational purposes that’s what we don’t want to have happened,” said Governor Hutchinson.

“It will reduce the Airbnb income I think it’s the safest bet,” said Ashley Ritchey.

Ashley Ritchey owns a home in Fayetteville that gets rented out through Airbnb. She says because of the COVID-19 outbreak she was already seeing a decrease in renters.

“The only people that I’ve had booked in the last month were parents to come help their kids move out of the University of Arkansas,” said Ritchey.

Governor Hutchinson has made a point this week to slow down the travel industry which he believes could potentially bring in more cases of coronavirus, and Ritchey agrees.

“We don’t have a shelter in place order right now I feel like other people are coming into the state, bringing it,” said Ritchey.

Governor Hutchinson says this is part of a series of steps Arkansas can take to reduce the spread of coronavirus without a shelter in place order.

“This is a measure to restrict that and I believe it will have some Significant effect out there and reduce the travel that we’ve already discouraged,” said Governor Hutchinson.