BELLA VISTA (KFSM) — Drivers in Benton County say they construction and traffic will be worth the wait when the Bella Vista Bypass connects to Missouri. “... 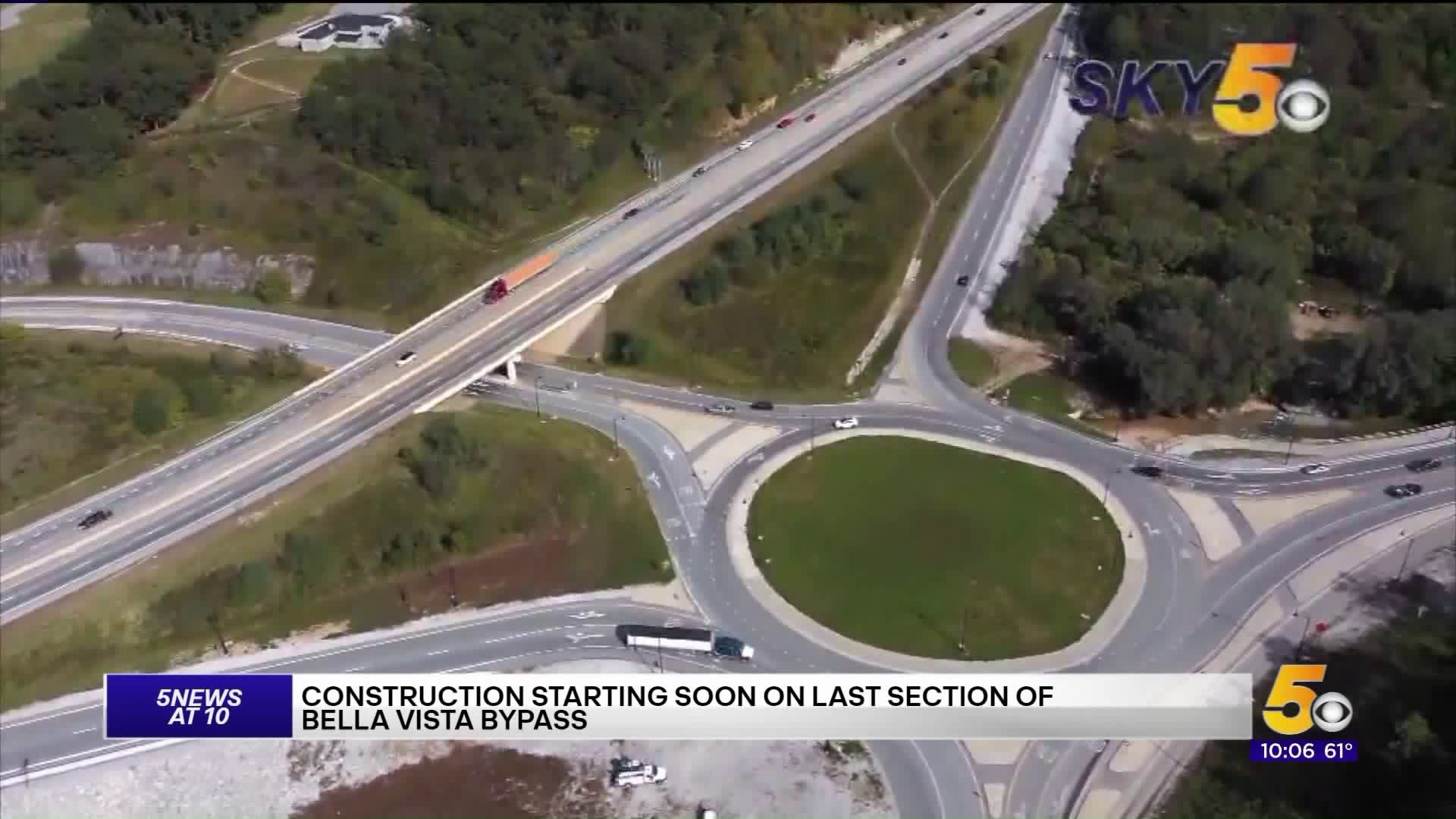 BELLA VISTA (KFSM) — Drivers in Benton County say they construction and traffic will be worth the wait when the Bella Vista Bypass connects to Missouri.

"I used to drive this every day on my way to school and it would take me 30-45 minutes just stop and go," said Jacob Spurlock of Bentonville.

"And I would be late to class so many times. I had so many absences because it took me forever to get to school."

The Arkansas Department of Transportation broke ground Tuesday (Oct. 15) on two projects that will complete the final segments of the bypass, officially known as the Arkansas/Missouri Connector.

One project will be a 2.5-mile, four-lane divided highway, from Benton County Road 34 to the Missouri state line. The project is expected to take about a year to complete.

"It's pretty easy. All we are doing is putting down pavement, said Danny Straessle, ARDOT spokesman.

"There are no bridges involve or anything like that. So it should go pretty quickly."

However, the other project, a single-point urban interchange at U.S. Highway 71B in north Bentonville, should take about two years to complete.

"The roundabout will actually be coming out and we will be putting in its place a new state of the art second of its kind single point urban interchange," Straessle said.

"It's the exact same kind of interchange we're constructing right now on I-49 at Exit 85."

Emery Sapp & Sons Inc. of Columbia, Mo., were awarded the bids for the $102 million projects, which had been on hold until Missouri moved forward on building its portion of the Bella Vista Bypass.

Missouri officials say they plan to complete their portion of the bypass by 2022.

Over the past 25 years, Missouri and Arkansas have worked to complete I-49 between Interstate 40 and Interstate 70, according to Talk Business and Politics.

When the 18.9-mile bypass is complete, an uninterrupted 270 miles of interstate between Kansas City, Mo., and Fort Smith will be completed, TB&P reported.

5NEWS spoke with businesses in Bella Vista to get their thoughts on the bypass and how it may impact them.

"One way it's going to affect traffic is the trucks. The big trucks are going to enjoy that and going through and bypassing this area. However, it will allow other traffic to bypass the area which might affect us in a negative way," Wayne Phillips, owner of Village Dry Cleaners, told 5NEWS.