LOWELL, Ark. (KFSM) — An officer who shot and killed a man during a standoff situation in Lowell in September is back on duty.  An investigation has proven his ... 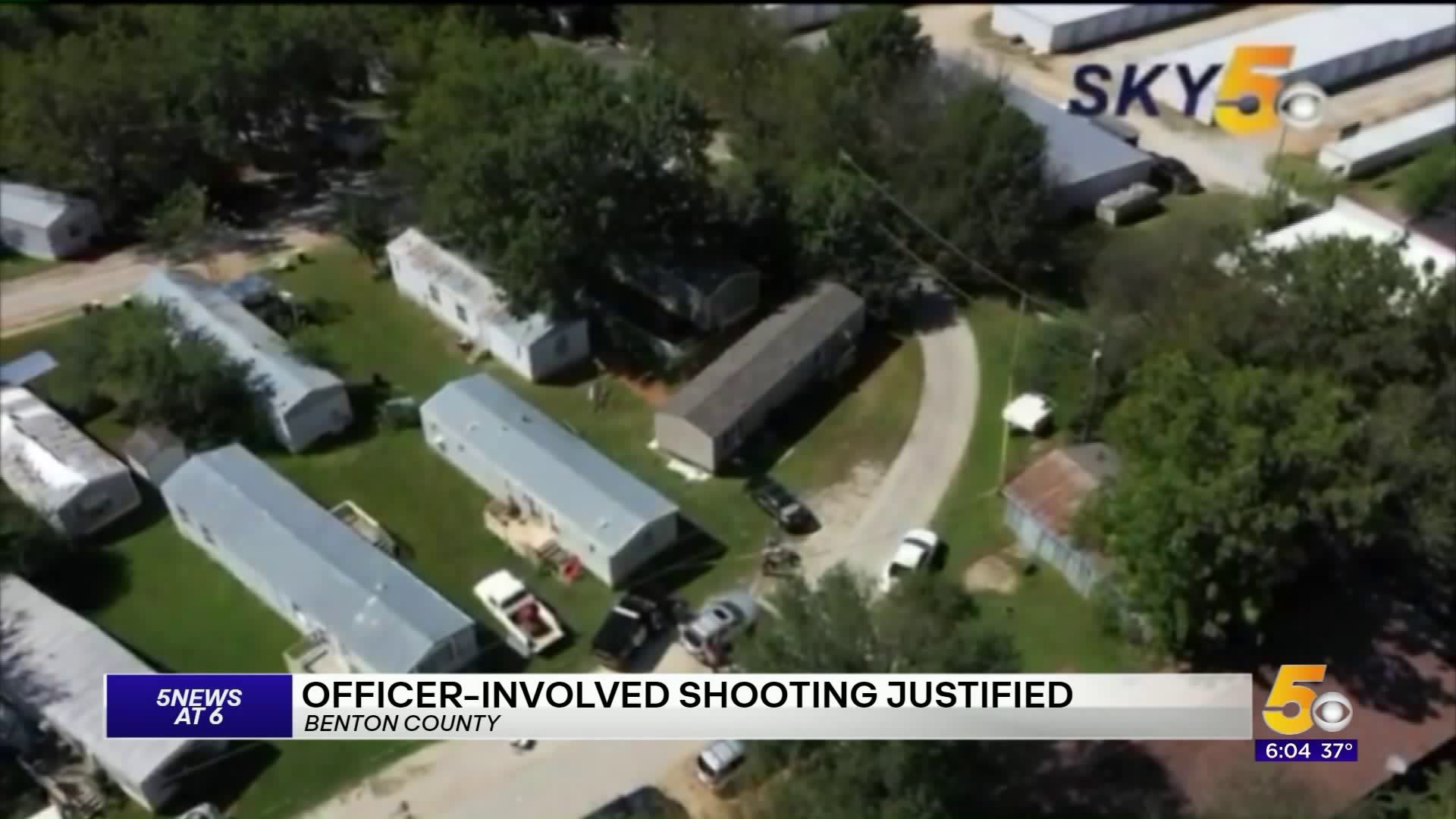 LOWELL, Ark. (KFSM) — An officer who shot and killed a man during a standoff situation in Lowell in September is back on duty.  An investigation has proven his actions were justified under state law.

Charles Nation was shot and killed after a lengthy standoff at his trailer-home in Lowell.

The situation began after Lowell Police and Parole Officers went to arrest Nation for outstanding warrants.

Nation was able to escape officers and lock himself inside his home.

Benton county SWAT came to the scene and began negotiations with Nation. They were able to see him pacing in his home with a knife in one hand and an arrow in the other.

SWAT members entered the home, only to have Nation come at them with his weapons.

"He was given many commands to put them down, surrender. Unfortunately, the officers that were in there, one of them could not exit the trailer in time to get out of there because they did not want to have to shoot Mr. Nations, but ultimately that is what happened. The officer could not get out of the trailer in time, and he shot and killed Mr. Nations in defense of his own life," Smith said.

Smith says Deputy Chamberlin is now back on duty after being placed on administrative leave during the investigation.

Following the shooting, Nation was transported to an area hospital where he was later pronounced dead.