BENTONVILLE, Ark. (KFSM) — A Northwest Arkansas couple is set to premiere their HGTV series later this month. Jenny and Dave Marrs will be the latest duo to sho... 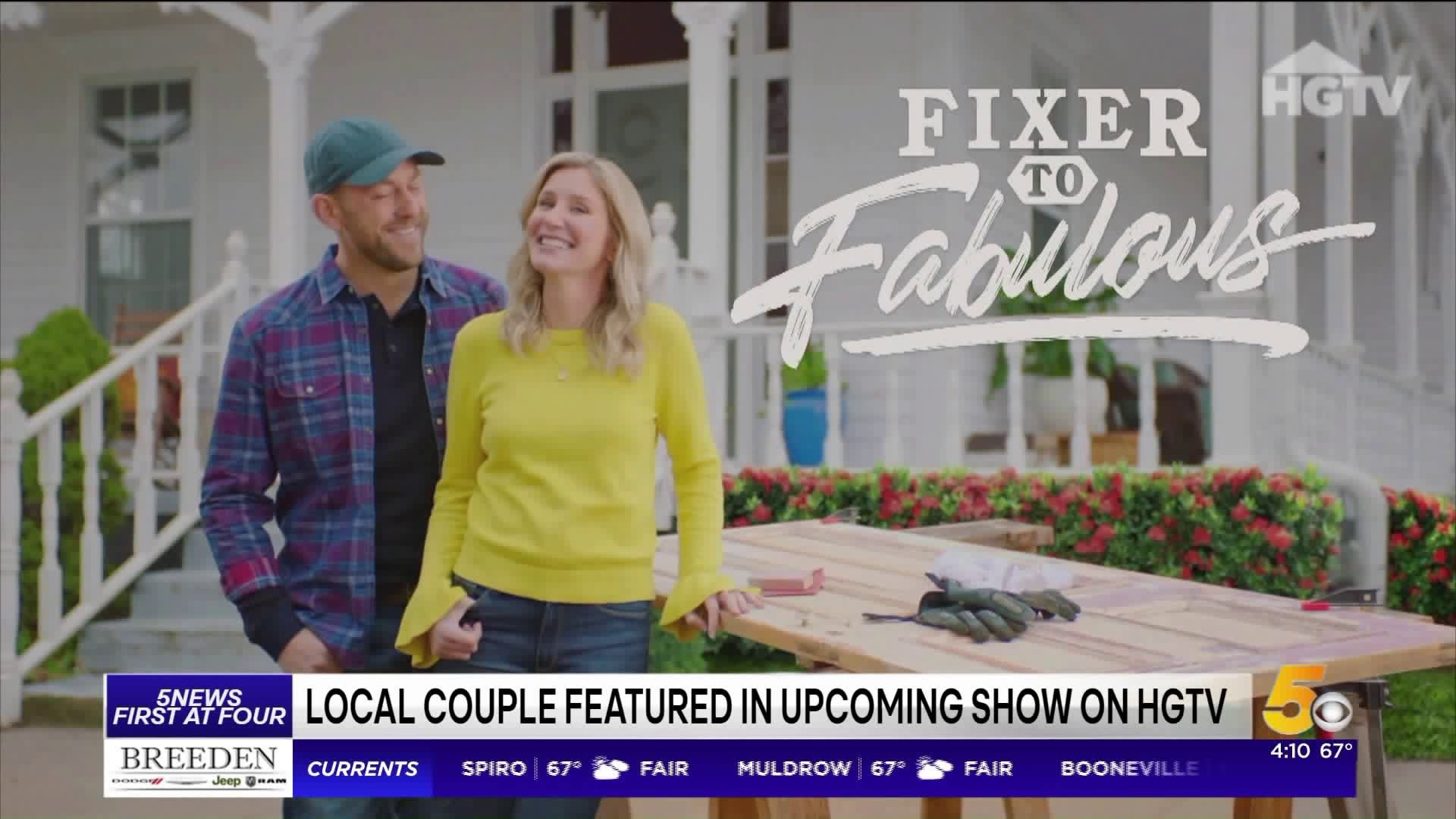 Jenny and Dave Marrs will be the latest duo to show off their home renovation skills on their new show called Fixer To Fabulous which features homes in our area.

"The people here are what make it such a special place. Everybody is so welcoming and people still wave at you when you drive by. It just feels very small town, almost idyllic," Jenny said.

The married couple are Bentonville based home developers who are becoming the face for an industry in Arkansas and remodel homes to meet the client's wishes.

"We take a house that they are already living in so they already own a home, it just doesn’t quite work for them, and we take that house and transform it. Some of the houses are historic, some are from the 70s. They are just all over the board," Jenny said.

Dave heads construction while Jenny designs the homes inside and out.

10 episodes of Fixer To Fabulous are set to air beginning on Oct. 22.

"You’re going to find a light-hearted show, a lot of laughs because I make a lot of mistakes, and just a show that highlights Northwest Arkansas," Dave said.

Not only is the duo venturing out with their new show, but they also just had their fifth child.

"Luke is just over four months as of the other day, so yeah were busy. It's a mess. It's a beautiful mess but it's a mess," Dave said.

Although there are other similar HGTV shows that have aired in the past, the two explain why their's is different than others.

"Dave really does a lot of the work himself. Not a lot, he actually does all the work himself. As far as milling down trees, building tables out of trees. Any sort of fun project it really helps us to be creative because he can basically build anything," Jenny said.

They say the best part about it all is the smile it brings to the family's faces when they get to see the finished project.

"We had a couple that the home was in their family for generations. So they came back and it was now a home that could fit their family and it's just really impactful. It made the project a lot more fun," Jenny said.

The first episode will air on HGTV on Tuesday, Oct. 22 at 8 p.m. Central time.

Viewers can visit HGTV.com/FixertoFabulous to see DIY projects from the show and interact on social media using #FixertoFab.