SPRINGDALE, Ark. (KFSM) — For the last month you’ve probably seen angel trees around where you live. It’s now time for those little angels to get th... 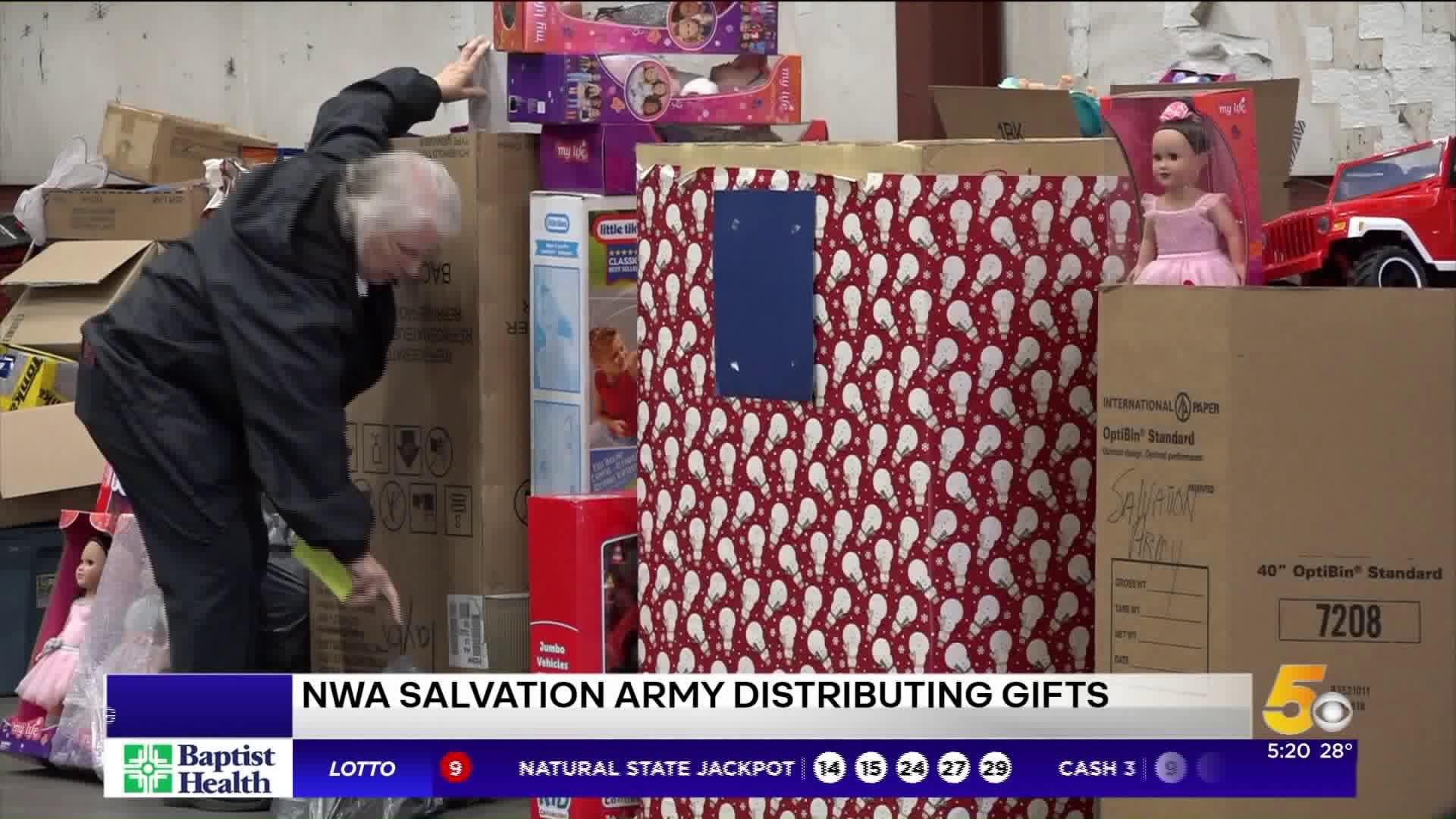 SPRINGDALE, Ark. (KFSM) — For the last month you've probably seen angel trees around where you live.

It's now time for those little angels to get their gifts because hundreds of volunteers spent the day helping the Salvation Army distribute those presents.

“Many of these kids may not have Christmas under the tree," Joshua Robinett said.

Joshua Robinett works with the Salvation Army and says thanks to the Angel Tree program many of these kids will have Christmas under the tree.

“We just had a family pull up and a bicycle was being loaded up and there was a little girl, I bet she was four, and you could hear her almost screaming for joy and say 'thank you'," Robinett said.

Jason Mayes has volunteered on distribution day for four years.

“Those around us in our community, they’re all our neighbors that are less fortunate and need help during this time of year, it’s a tough time of year if you need help," Mayes said.

Mayes says as a community it's important we help each other out in any way we can.

Along with Mayes, hundreds of volunteers came out Thursday (Dec. 19) to help.

For months community members have helped make this possible by giving donations to the Salvation Army and by picking an angel off of a tree.

“We’re thankful for the community, it’s come alongside us and made this program successful," Robinett said.

This Christmas season the Salvation Army will be helping provide for 2,000 children, 800 families along with around 100 senior citizens.

"It’s better to give than receive. I know all the volunteers and I can speak for the Salvation Army as a whole..that rings true to us," Robinett said.

Not only is the Northwest Arkansas  Salvation Army giving toys to kids this holiday season, but thanks to community partners they’re also giving food and clothes to the Angel Tree families.

Families picked up their goodies until 4 p.m. Thursday and can pick them up again until 1 p.m. Friday (Dec. 20).