FORT SMITH, Ark. (KFSM) — The days of Northside and Southside being in the same conference is over for now. Northside will stay in the Central conference while ... 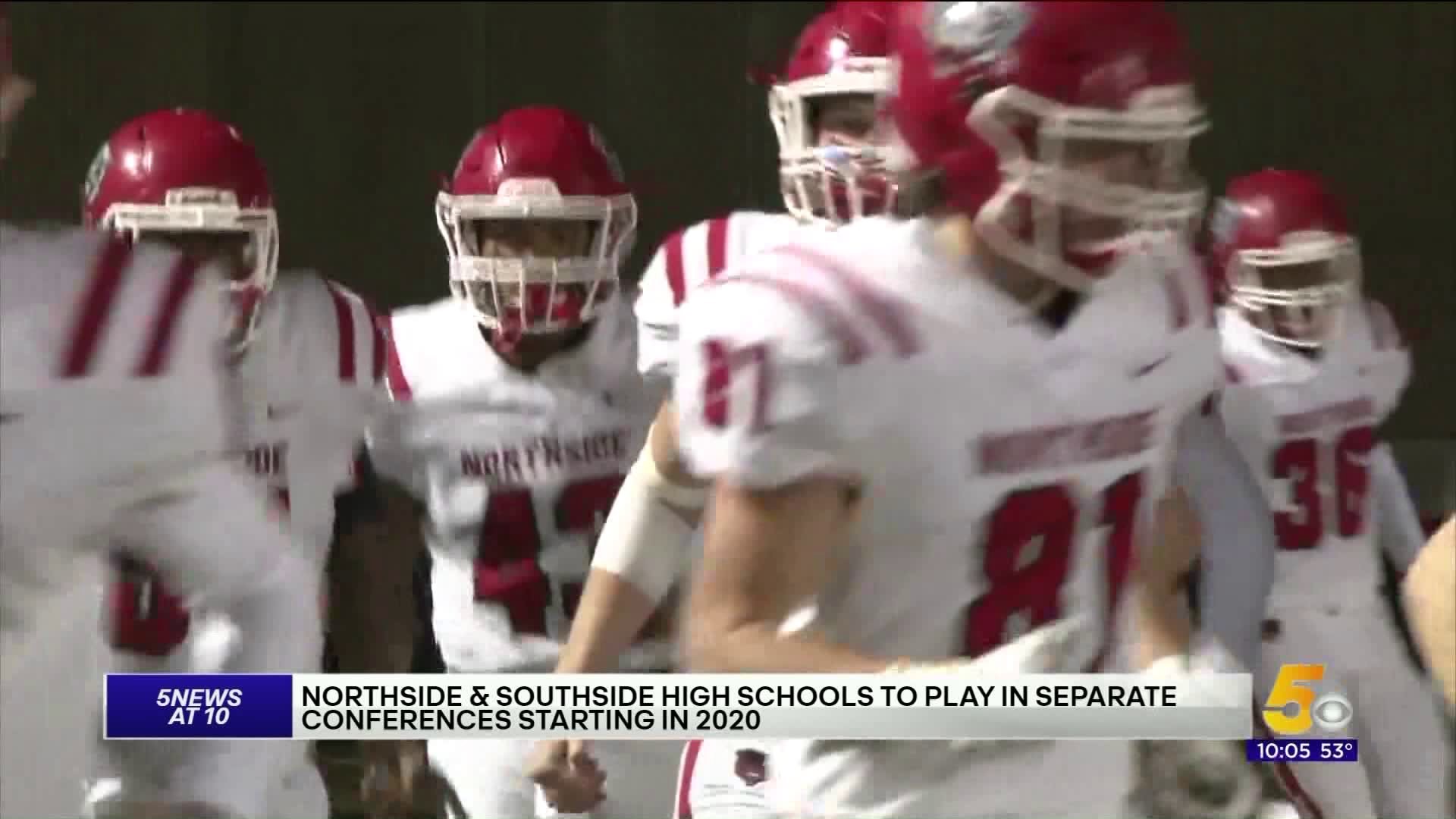 FORT SMITH, Ark. (KFSM) — The days of Northside and Southside being in the same conference is over for now.

Northside will stay in the Central conference while Southside will join the West.

"Both sides of town are very passionate about their schools, and it was disappointing that the vote didn't go our way," Michael Beaumont, the Fort Smith Director of Athletics, said.

Multiple proposed measures by Fort Smith Public Schools to keep both schools in the same conference were each voted down during a meeting with the Arkansas Activities Association's board of directors Thursday in North Little Rock.

"When it was voted down, I took it to heart. Not because of uniforms. Not because of logos and mascots and what side of town you're on. Our kids lost, and that was the biggest thing for me. It doesn't matter to me where you go to," Beaumont said.

Beaumont says the AAA made the decision on which school to chose based on milage.

"The Arkansas Activites Association (AAA) used a formula of how they travel to each school in the central to the schools in Fort Smith. So from Conway to Southside to Conway to Northside. The difference was determined, and it was just one mile," Beaumont said.

Southside and Northside have been in the same conference since the 80s.

Now some Southside parents say they are looking forward to the short drives since they'll be playing schools close to Fort Smith.

One thing both schools say they will miss is the Battle of Rogers Avenue not being the last game of the season.

"Won't be the last game of the year, so we have to figure out ways to be creative, and we have big plans. I can't tell you everything right now, but I can let everybody know who's watching tonight we will play the battle of Rogers Avenue," Beaumont said.

Beaumont says it's a two-year cycle, which means when these two years are up, they will vote again to see who's in what district.