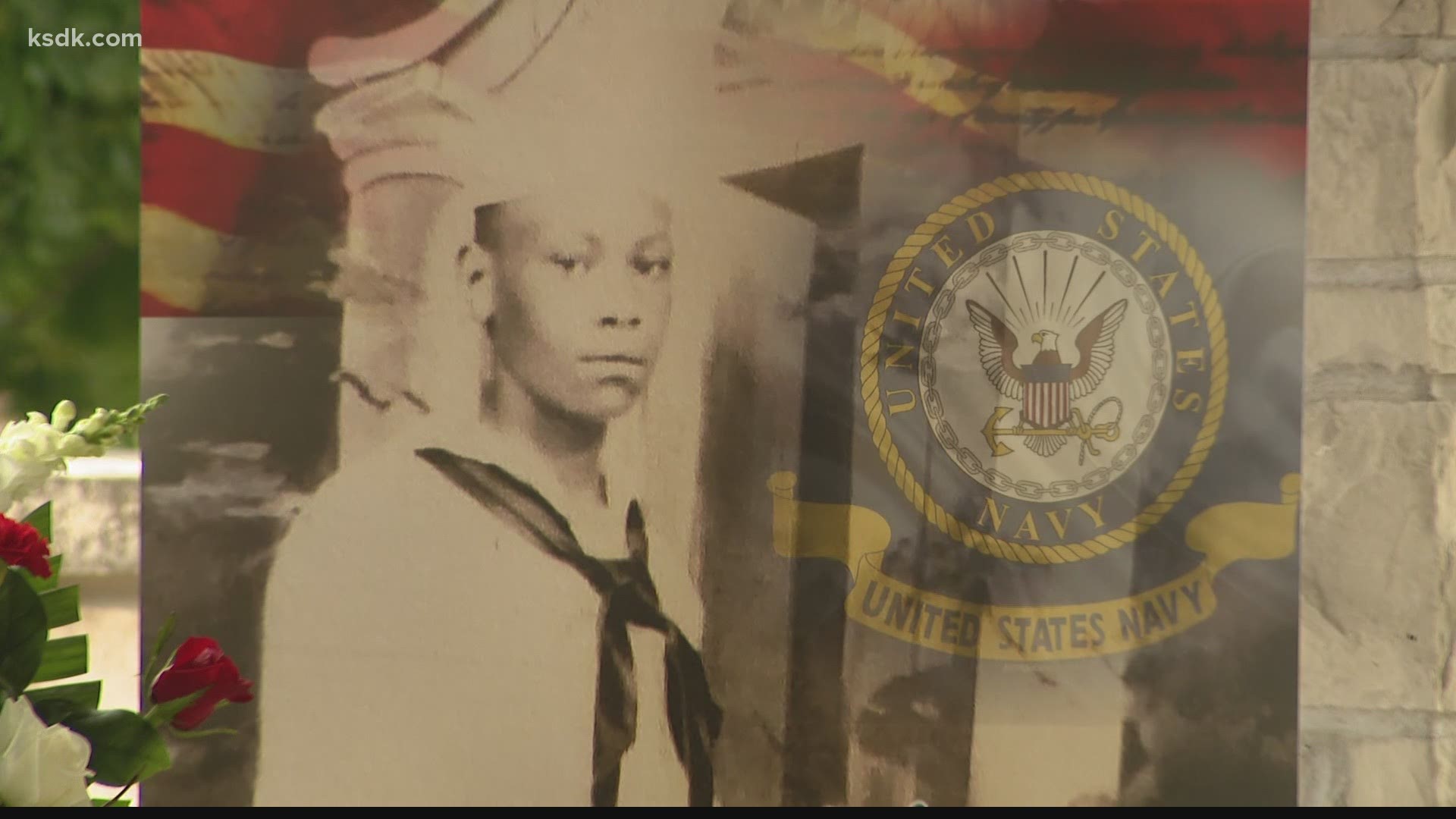 ST. LOUIS — A sailor who was killed during the attack on Pearl Harbor was buried near family members at Jefferson Barracks National Cemetery this week -- decades after his death.

Isaac Parker was a Mess Attendant 3rd Class who lost his life on Dec. 7, 1941. He was just 17 years old. Parker died alongside nearly 430 crewmen on the USS Oklahoma when Japanese aircraft attacked the ship.

“Like a lot of families, when something sad or tragic happens they don't really talk about it,” said Angela Curtis, Parker’s niece. “Or there was a certain sense of sadness every time they mentioned his name.”

Curtis said she and her other family members knew little about Parker, except that he was smart and wanted to see the world outside of his rural Woodson, Arkansas community.

“Actually I didn't believe it when I was first contacted,” Curtis said.

But new efforts to reunite the fallen with their family ramped have up. On Sept. 8, 2020, Isaac Parker was accounted for.

“It's a bit overwhelming, but I think it turned out nicely,” Curtis said. “After 80 years, he's back reunited with his family.”

On what would’ve been Parker’s 97th birthday, he was buried alongside his parents and siblings.

“It’s something we could never have imagined,” Curtis said. “Something that Isaac's mother always prayed for that her child would be sent back home.”

Parker’s name is recorded on the Walls of the Missing at the Punchbowl, along with others who are missing from World War II. A rosette will be placed next to his name to show he has been accounted for.