For decades, George Leyendecker never knew where his grandfather was laid to rest. But through extensive research, discovery brought him to San Antonio. 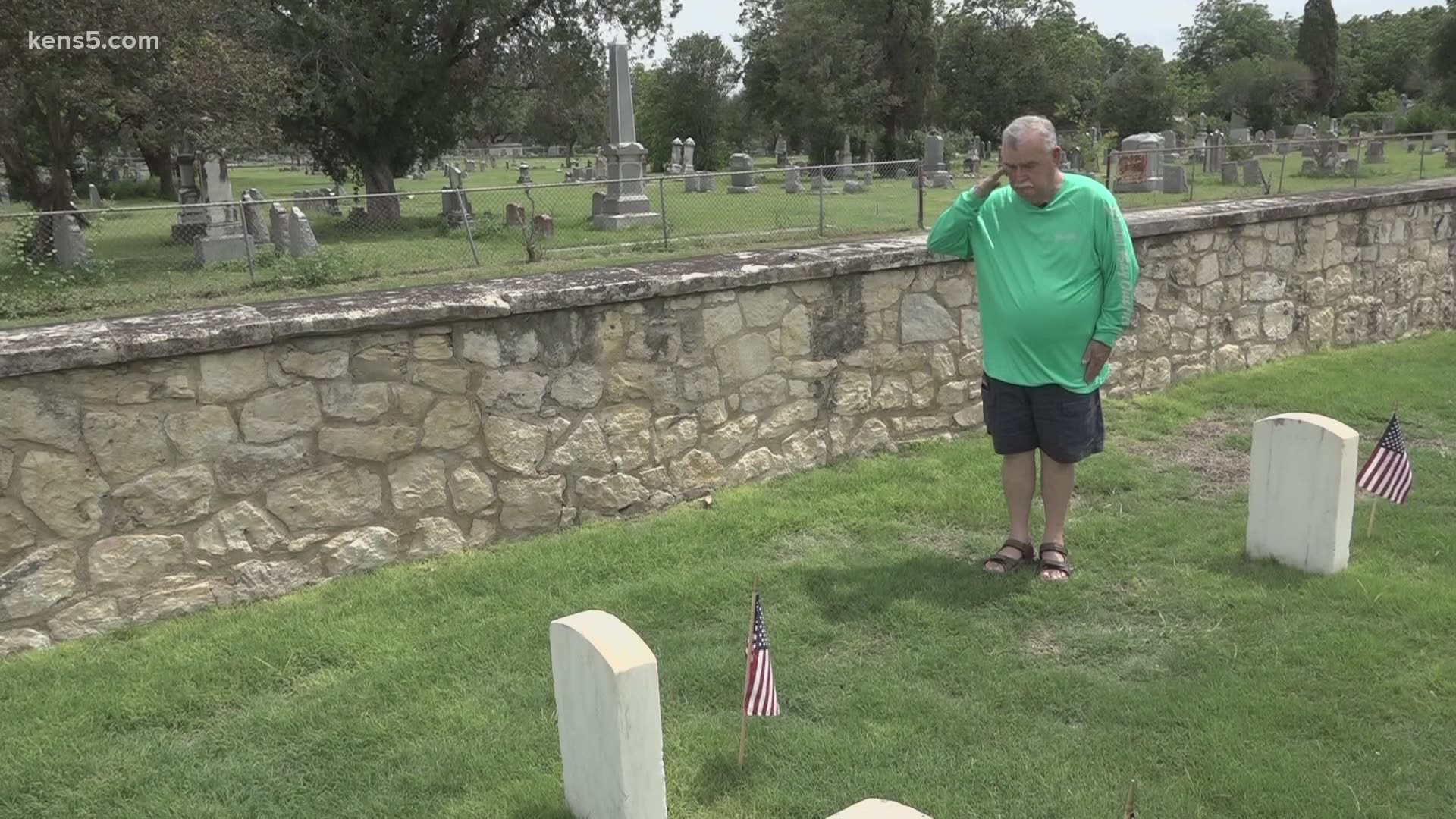 “Every year I make it a point to come up here and visit my grandfather,” Leyendecker said.

The San Antonio National Cemetery, considered the oldest national cemetery in Texas, serves as the burial ground for more than 3,300 soldiers dating back to the Civil War days.

“There’s something within us that makes us seek who we are and where we come from,” he said..

Leyendecker’s curiosity guided him down a path of discovery and a desire to learn more about his grandfather, who died at just 25 years old.

“It’s been a lifelong passion to find out where he was laid to rest and we finally located him here about three and a half years ago,” Leyendecker said. “I’m in the process of trying to figure out (who he was); I know he was with what was known as the CID Intelligence Service at the time. As far as I know, he was attached to the First Cav. He was a linguist, he knew several languages.”

Leyendecker comes from a military family, having served in a non-combat Army role during the Vietnam conflict. His personal connection to the San Antonio National Cemetery through his grandfather empowers him to plunge deeper into history and honor those who died while serving.

“To this country, the honor of having to serve this country is paramount,” he said. “I make it a point to salute everybody, let them know they’re not forgotten, nor will they ever be forgotten.”